Former employees of Freedom Blend Coffee told Local 5 they had to take down a "Black Lives Matter" sign from within the shop. 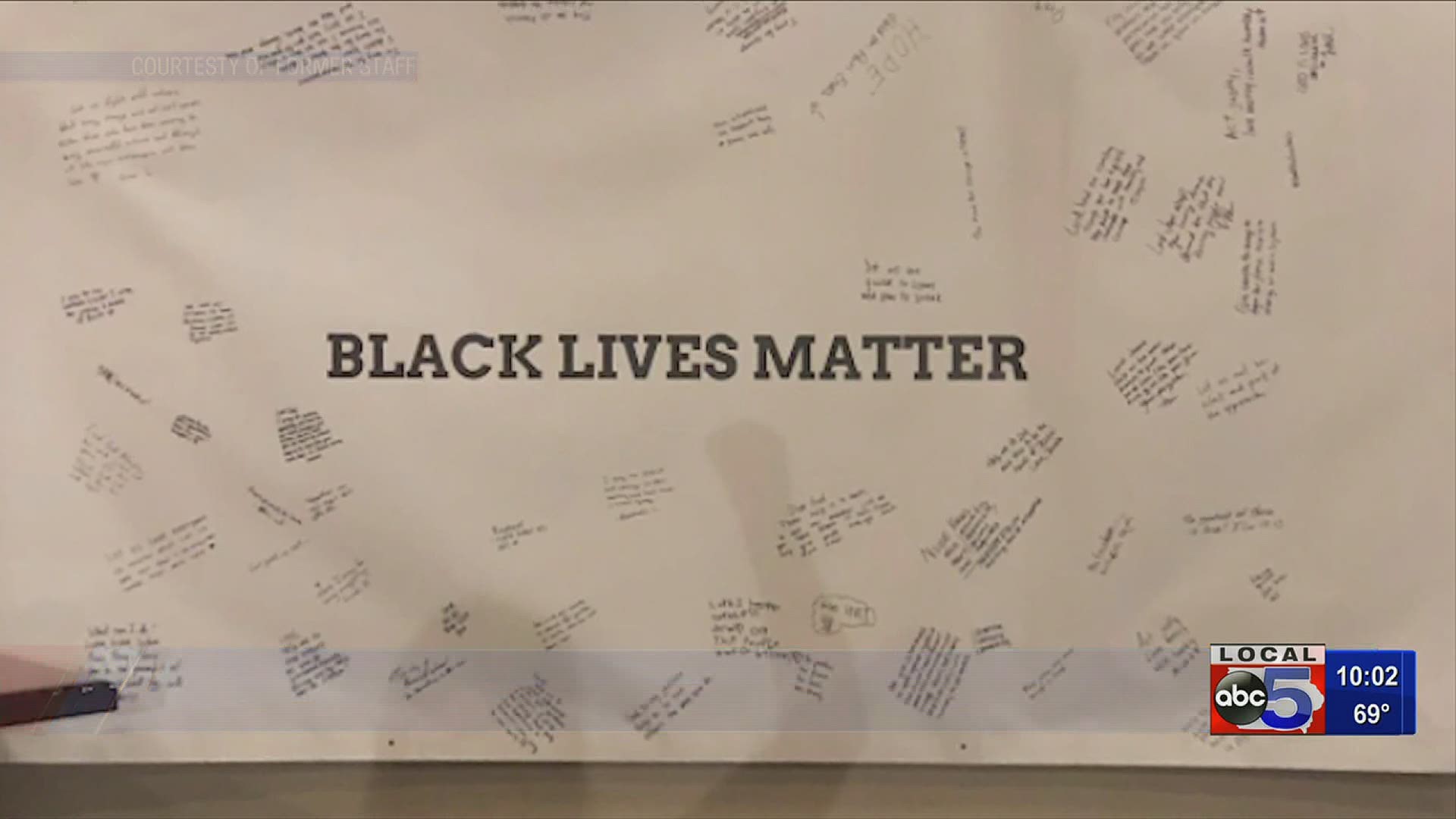 Freedom Blend Coffee announced this week they had closed their Des Moines and Clive locations temporarily.

In a Friday update, Nelson began with some background surrounding the news:

By now, you’ve likely heard about the temporary closing of Freedom Blend Coffee as a result of the staff turnover related to a Black Lives Matter banner displayed in the shop. Many of the details are confidential because they involve employment privacy, and we’ve focused on keeping a low profile while we work out the next steps for the work training program at the coffee shop. Know, however, that this was NOT a case of silencing our employees’ hearts or voices. Yes, the banner was the tip of an iceberg that caused an unexpected storm of controversy despite our good intentions to honor the black community we so deeply love and care for. As many of the news reports and Facebook comments have indicated, many in the community are disappointed and angry that the banner came down. It was never our intention to put the banner up inside the coffee shop…not with that specific language.

The coffee shop's former general manager, Eric Posthuma, said a Black Lives Matter sign hung at Freedom Blend was originally approved by Nelson and signed by staff at a prayer service after the death of George Floyd. Nelson even spoke at the event.

"[The event was] a declaration that Black lives do matter and they matter to Jesus and I believe the Bible would also uphold that," Posthuma said.

But soon after, the banner came down. Some employees then quit, while others were told they had been laid off.

"It's kind of like another tactic to show a Black group to just shut up and work and don't say nothing," Jerry Ziaty, another former employee, said. "Your voice doesn't matter."

Nelson wrote that the ministry "endorses and actively conducts programs that help overcome racial inequity and other barriers every day," but that topics other than racial justice reform supported by BLM "are antithetical" to their mission of Biblical truths.