Nonprofit educates community on LGBTQ immigrants who are activists

Iowa Migrant Movement for Justice is posting about local and national LGBTQ immigrants to educate and teach the community the acceptance of others. 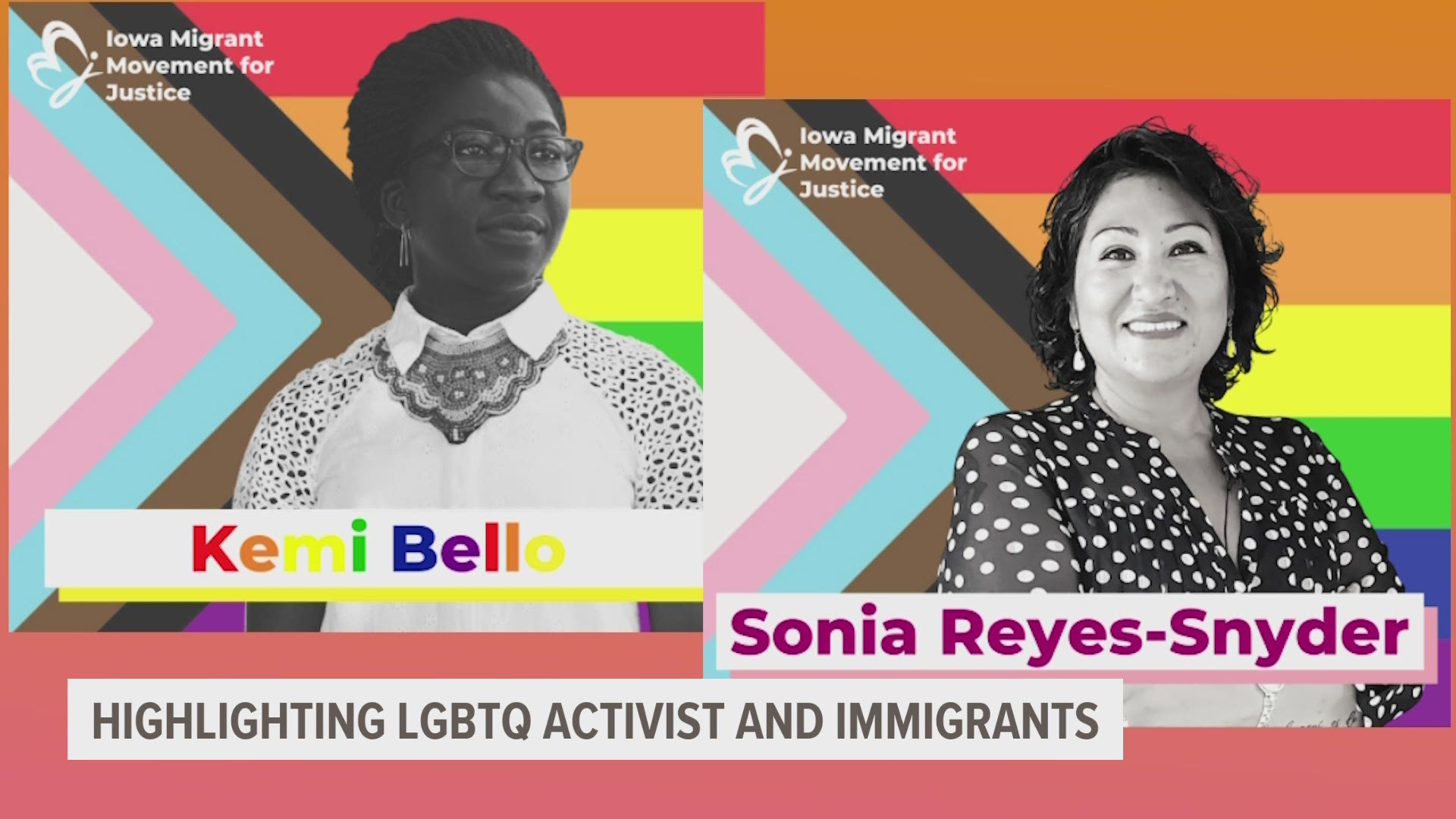 DES MOINES, Iowa — During the month of June, the nonprofit organization Iowa Migrant Movement for Justice is educating the community on the importance of local and national LGBTQ activists who are also immigrants.

"June is Pride Month but it's actually also Immigrant Heritage Month," Alejandro Murguia-Ortiz, community organizer for Iowa MMJ, said. "So it was a good opportunity to highlight the true intersectionality, you know, of the immigrant experience as well as LGBTQ experience.

The posts describe the different fights each leader has been a part of and have helped move forward.

"Something that I don't think is typically acknowledged, is the work that comes from the communities that are most marginalized," Murguia-Ortiz said.

"Latina, Queer, & Unruly" Sonia Reyes-Snyder (she/her) is a true champion for social & racial justice in DSM. She has led important initiatives as a public servant, while also being a vocal advocate in the streets protesting injustices. #ImmigrantHeritageMonth #Pride2021 pic.twitter.com/5GLS1PCfAd

The community organizer also said the posts are meant to do more than educate the community, but are a tool to help others learn to accept those who are different from them.

"Seeing the experiences, hearing the stories, can definitely help change someone's perspective," Murguia-Ortiz said. "And just as much give them an opportunity to start learning to see what the world looks like."

Murguia-Ortiz noted Iowa MMJ is taking suggestions for local LGBTQ leaders who are immigrants and activists they can highlight this month.