Marine Cpl. Daegan Page of Red Oak was one of 13 service members killed in the Kabul airport attack. 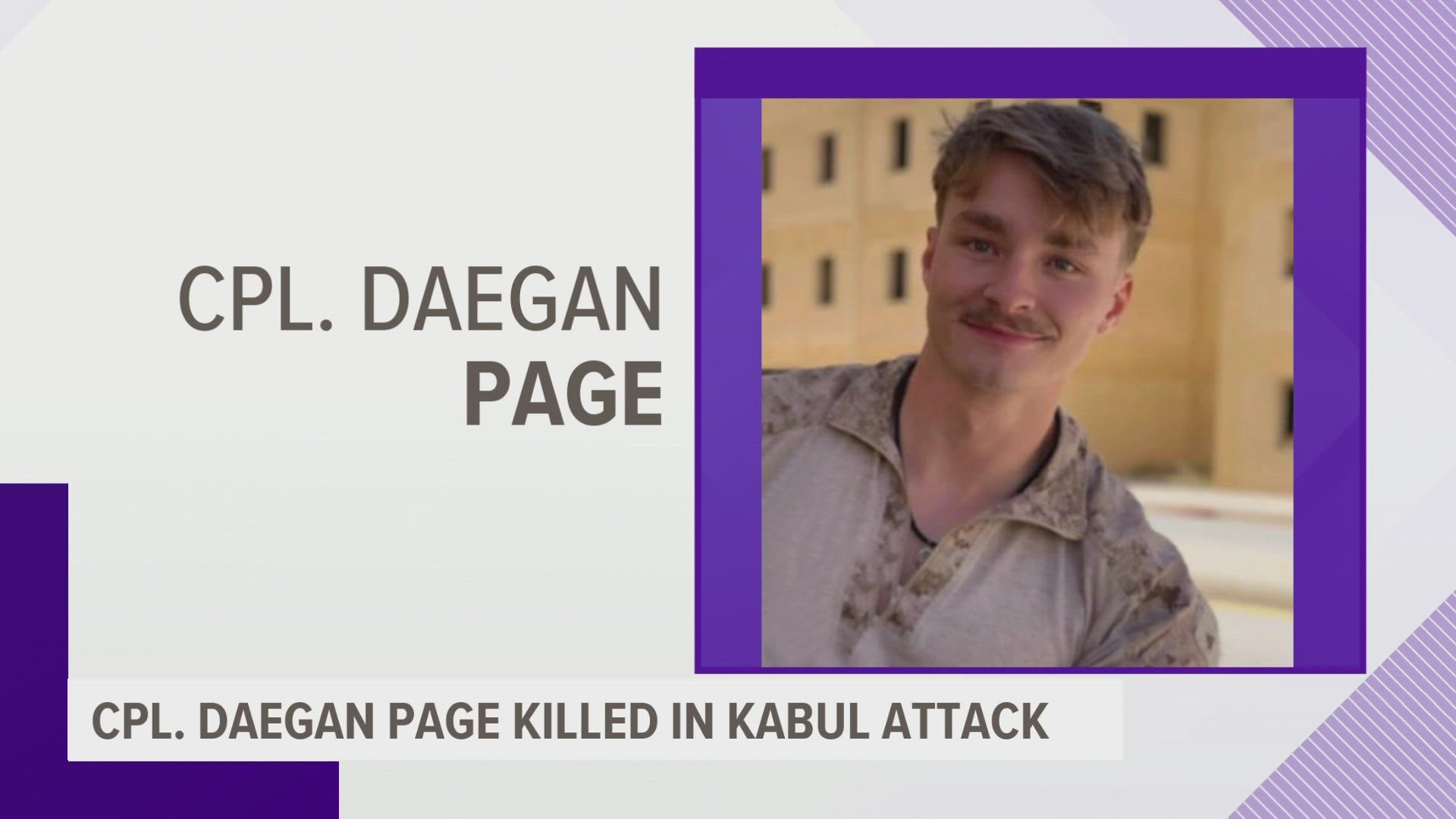 RED OAK, Iowa — Sen. Joni Ernst honored the life of one of the service members killed in the Afghanistan airport attack on the Senate floor Wednesday.

Marine Cpl. Daegan Page, who grew up in Red Oak, was one of 13 service members killed at the Kabul airport.

Ernst said Page represented the greatness of Iowa, the country and its troops.

"While he was just a child when the terrorists attacked America on September 11, 2001, after graduating from Millard South High School he answered the call to serve his country by joining the U.S. Marine Corps.," Ernst said. "Daegan may have been just 23 years old, but he died a hero who lived a life of service to his community and his nation."

Page was also awarded a Purple Heart for making the ultimate sacrifice in the line of duty. A memorial service to celebrate his life will be held this Friday.