Evidence of the derecho, like ears of corn, is still scattered through Rippey farmer Tim Bardole's soybean fields. 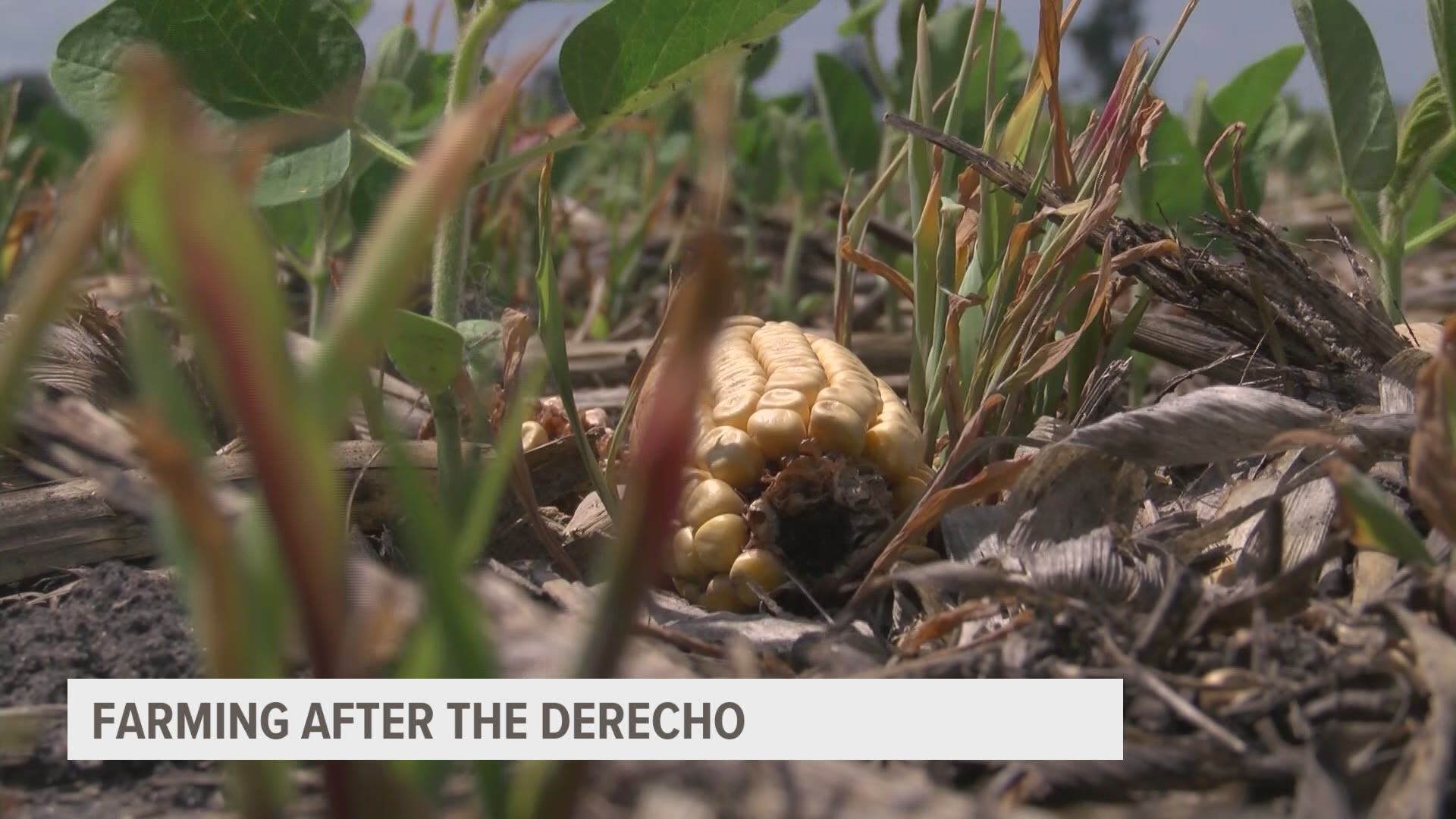 RIPPEY, Iowa — Iowa farmers are still feeling the impact of last year's derecho, but things are starting to look up.

Wind gusts up to 140 miles per hour as well as 70 miles per hour sustained winds leveled crops throughout the state last August, leaving many farmers to wonder how their crops would bounce back in the spring.

"We're really thrilled at the way it looks. We have a good stand," Bardole told Local 5's Rachel Droze. "The corn that we did have to harvest, which was about 700 acres, we, of course, picked up a lot of dirt and rocks and did about $20,000 damage to the combine."

Overall, the derecho cost more than $7 billion in damages, according to the National Centers for Environmental Information. The U.S. Department of Agriculture estimated nearly 1 million acres of crops were leveled from the severe storm.

RELATED: 'Pray it never happens again': Farmers may pick up more than just corn in combines after derecho sends debris flying into fields

RELATED: Report: Iowa derecho most expensive 'severe storm' on record in the US

"We had no idea how we were going to deal with all the downed corn. It ended up that right about half of our downed acres were zeroed out by the crop insurance company," Bardole said.

While walking through Bardole's field, some may not think that the nation's most costly storm swept through it just 10 months before. But those looking closely may notice ears of corn among the soybean plants.

"There's hundreds of thousands of seeds per acre out here from the corn that is probably going to grow at some time," Bardole said.

That's why it's now Bardole's job to spray the fields to kill "volunteer corn," or the corn that was left behind. He's done it once already but will likely need to do it again to save his beans.

"You can see all the ears of corn it, you don't see much corn off them. That just gives you an idea of how much is out here competing with moisture and nutrients," Bardole said. "That's why you have to keep spraying the corn so it doesn't get too big. Especially as dry as we are."

1 / 31
Nash Schneider
A tree in an Ankeny, Iowa backyard snaps near its base as damaging winds ripped through central Iowa Monday.