From anti-Asian jokes in school, to racism fueled by COVID: Asian Iowans share personal stories in call for change

Sunday, more than one hundred Iowans gathered at Pappajohn Sculpture Park to hold a solidarity rally to end Asian hate. 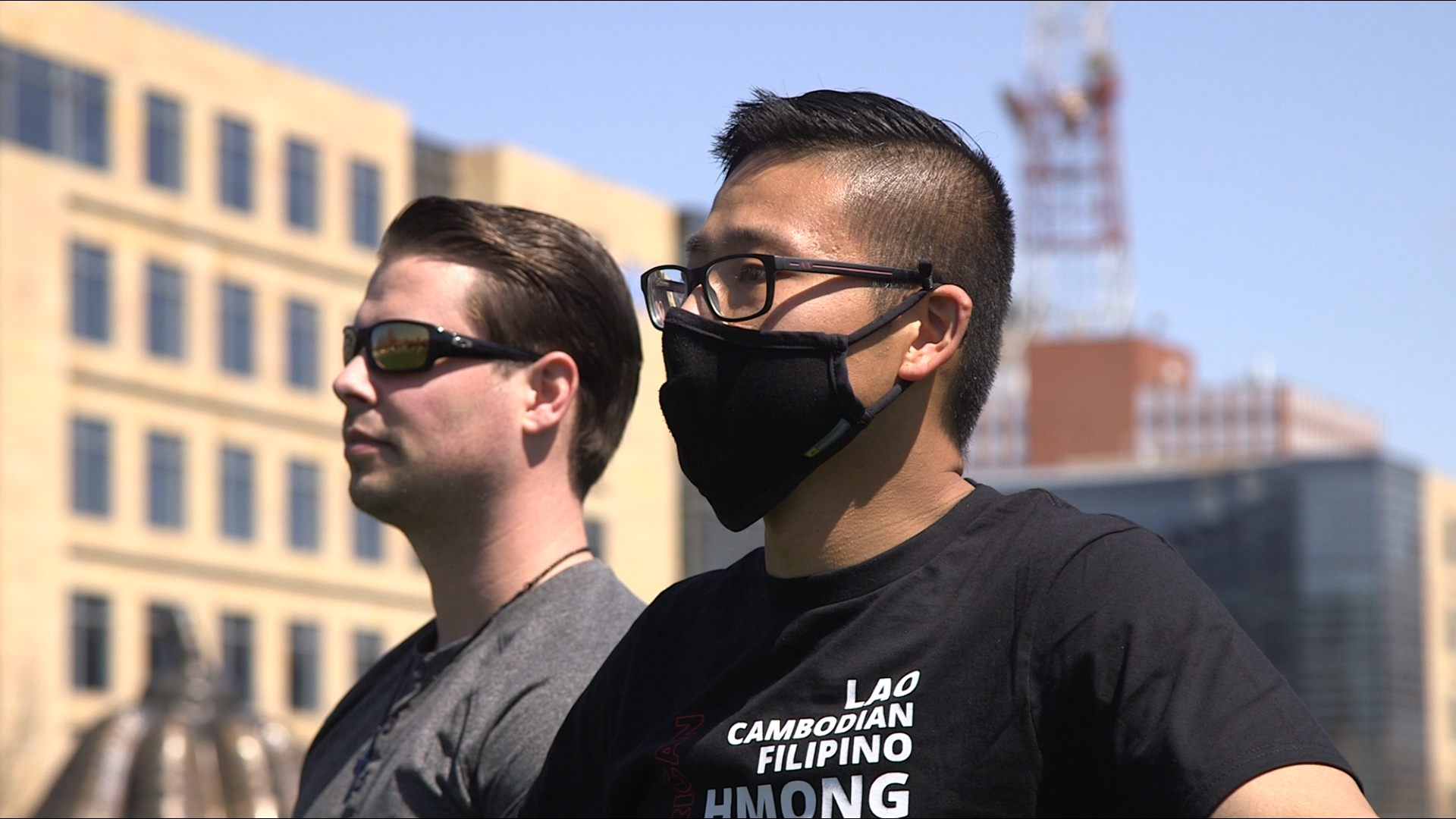 DES MOINES, Iowa — Raced-based discrimination certainly isn't something new, but for those in the Asian community, it's something they've experience more aggressively in the past year.

It's the reason more than 100 Iowans gathered in at Pappajohn Sculpture Park in Downtown Des Moines Sunday: to share their stories of discrimination they've faced in a call for change.

Matthew Manyvong and Prianjoni Villaflor, two community members unaffiliated with a formal organization, organized the event in little over a week. It featured a line-up of spoken word artists, podcast hosts, and other speakers who shared personal stories.

Christine Her, one of the speakers, is a daughter of Hmong refugee parents.

For Her, harm came in the form of insensitive jokes about her eyes and her culture. Her history was also never mentioned during history class when discussing the Vietnam War.

.@Christine_M_Her was one of many powerful speakers at the Solidarity Rally to end Asian hate in Des Moines today. I hope you can watch this story and hear the message: https://t.co/umAdgBK8aV@artforceiowa @weareiowa5news #endaapihate #antiAsianhate #endasianhate pic.twitter.com/ShbteRhdrb

Her said it led to a feeling that she didn't matter, and as executive director of Art Force Iowa, it's why she's now creating a history project to honor the stories and legacies of refugees.

"We're going to create a robust K-12 curriculum so that teachers can know the historical context and also be able to teach these histories in the classroom," said Her, who plans to laungh the project in May.

Bill Lu, an officer with Des Moines Police, brought his family to the event.

Lu, a husband and father of two, came to the United States from China when he was just five years old. Growing up in Georgia, he says he got made fun of for the food he brought to school.

"I brought my food to school; I wasn't used to American culture food yet," said Lu. "Everyday, they would pick on me."

Mary and Bill Lu with children Preston and Lydia at the Iowa Solidarity Rally to end Asian hate. Bill, a Chinese immigrant who came to the US at age 5, says he used to get made fun of for the food he brought to school. He said his parents worked hard to prepare the meals (1/2) pic.twitter.com/hd3VZN7NIn

Sunday, Lu said he hopes his children never feel left out based on their culture.

"I don't want my kids to experience somthing like that," said Lu.

The rally was the first event Prianjoni Villaflor, a DJ in central Iowa, had ever helped organize. He says he was nervous in the week leading up to it, but was incredibly happy with the turnout.

"Sometimes we, as Asian Americans, let [jokes] slide, and sometimes our allies are like oh, it's just a joke. Let it go," said Villaflor. "Sometimes you can't just let things go. We have to stand together, stick together, and work together so that it doesn't grow into something violent and one of our loved ones gets hurt."

"In the Asian community, we have different political affiliations, different philosophies," said Villaflor. "But at the end of the day, no matter what affiliation you have, everybody wants the same solution: a better life for everybody else."

Community members of different Asian descent banded together, saying they need allyship from each other, as well as from those of other cultural communities. pic.twitter.com/mmrOa2DPpV