8-foot-tall 'VOTE!' sign hopes to inspire to do just that

The sign was intended to spread the word to all people to vote regardless of party; as a result, no political signs are allowed next to it. 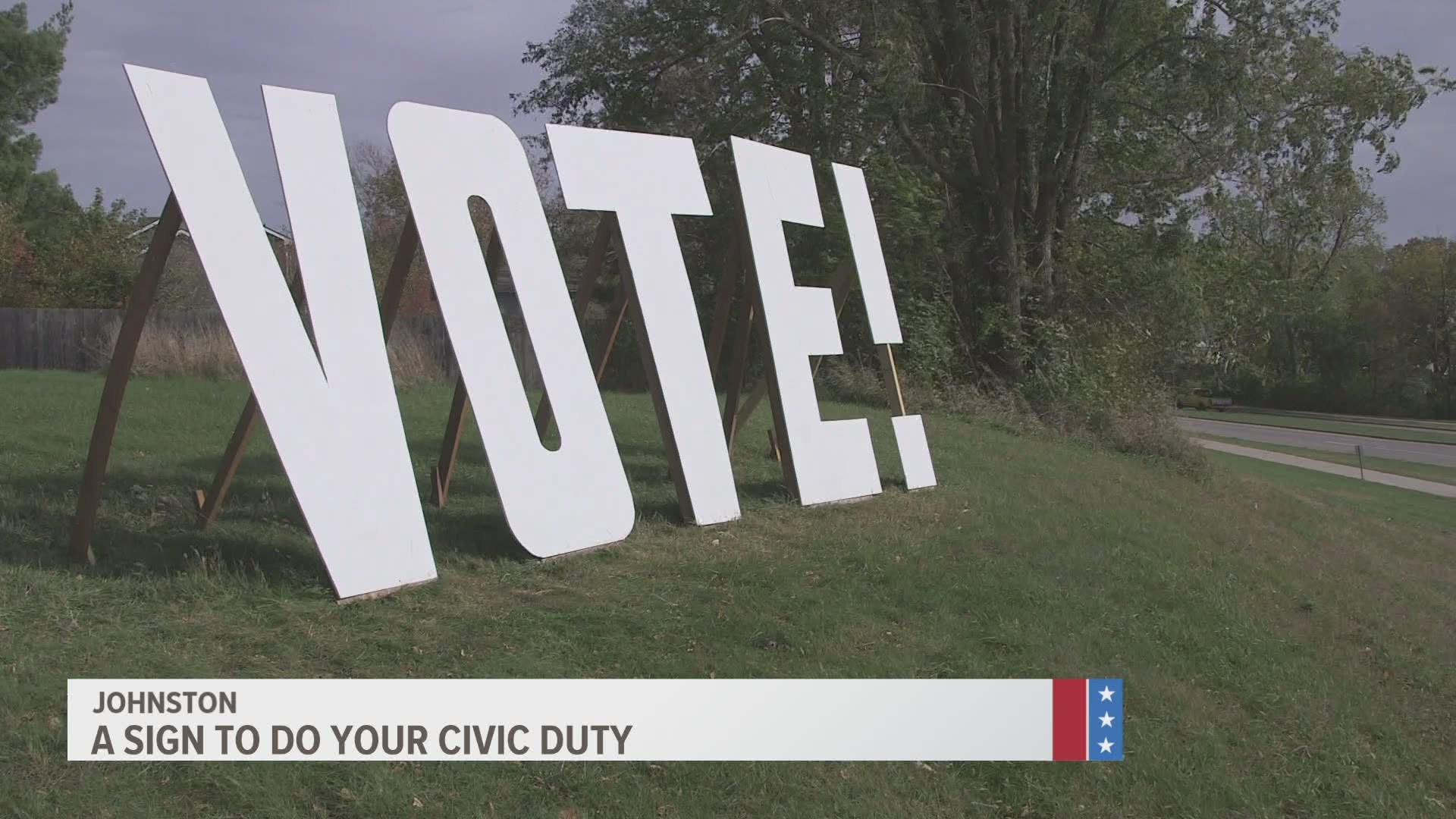 Standing eight feet tall, the sign at 70th and Merle Hay stands only spells out one word, but can say so much more.

David Von Arb, the sign's creator, forbids any political sign from being posted next to it, saying he doesn't want it to be a political statement. Rather, he's encouraging all people, regardless of party, to get informed and make their voice heard on November 3rd.

Von Arb made the sign using some 2x4s and white PVC.  He first broke it out in 2018 for the midterms, but added on the exclamation mark for 2020.