Four professional skydivers put on a show that, followed by fireworks, capped off a three-day celebration in Waukee. 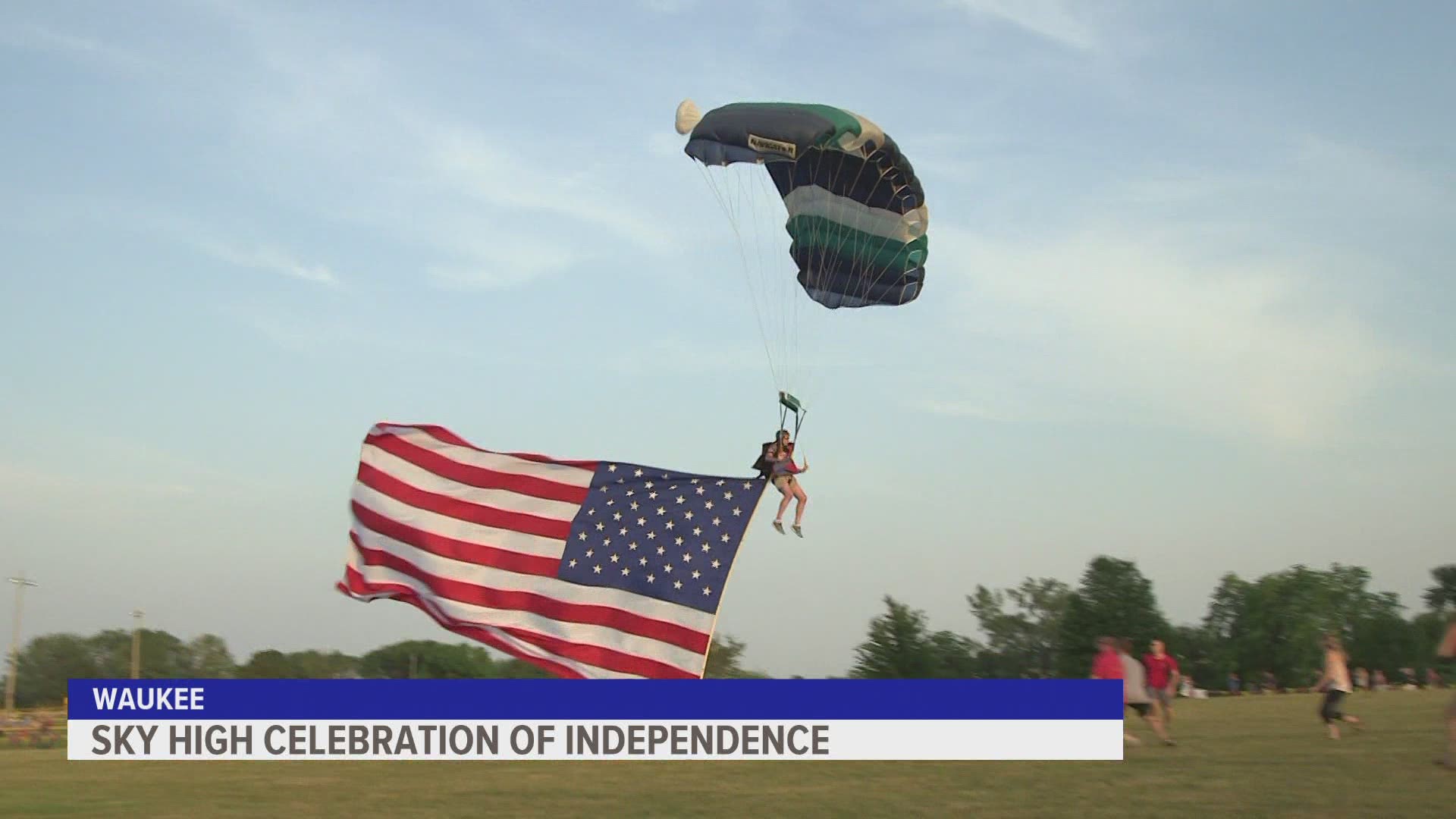 WAUKEE, Iowa — From 6,000 feet in the air, four professional skydivers put on quite the show for hundreds of community members who gathered in Centennial Park in Waukee to celebrate Independence Day.

The divers, from Des Moines Skydivers out of Winterset, set off colored red and blue smoke and waved the American flag on their way down.

Marc Hobbs, one of the professional divers, said it's a thrilling experience made more special by celebrating the holiday.

"We always love skydiving and we love wowing the crowd, so it's great to see everybody out here," Hobbs said.

Josh Padget, the vice president of operations at Des Moines Skydivers, said each diver has completed at least 500 dives to get where they are today.

"A pro-rated skydiver has shown the ability to land in a very confined area," said Padget. "It's pretty extensive training; the [divers] can land pretty much anywhere they want to land."

Padget says his divers jump nearly every weekend throughout the year. The Winterset club also offers training for people who learn to skydive.

"It's a great area of Iowa to be above and view all the cool areas of Winterset," said Padget, who also dives.

WOW! Check out the Des Moines Skydivers land from 6,000 feet! This was thrilling to watch and even more exciting to be able to film. @CityofWaukee Independence Day celebration. pic.twitter.com/xLjqg5VCcW

RELATED: Urbandale carnival-goers: What does the Fourth of July mean to you?