After the Dew Tour, what's next for Lauridsen Skatepark in downtown Des Moines?

"I think the community showed the world of skateboarding how much we're willing to get behind and love skateboarding," said Kevin Jones. 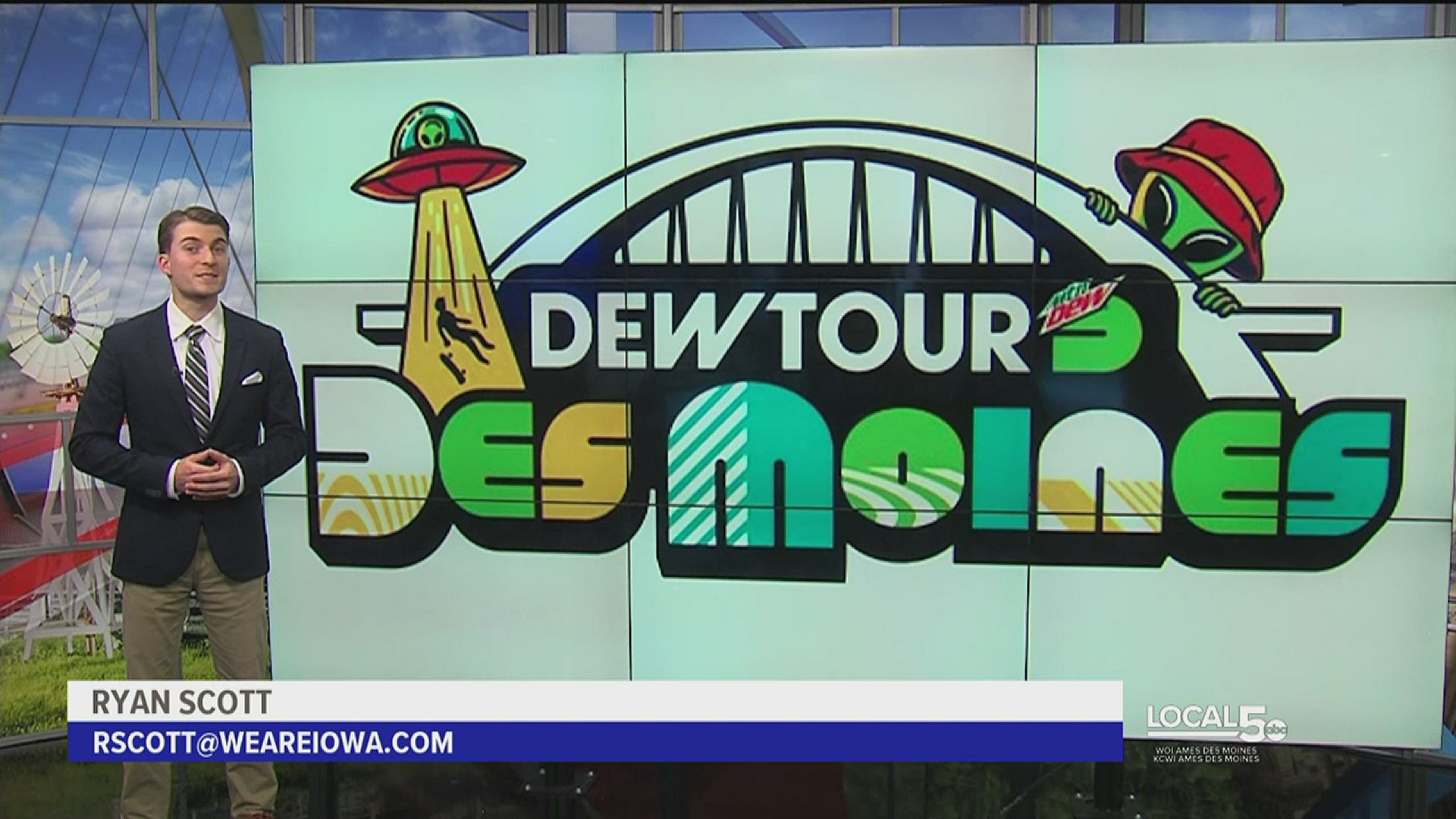 DES MOINES, Iowa — In its first week open, the Lauridsen Skatepark hosted an Olympic-qualifying event, attracting pro-level skaters from around the globe and showing young Iowans the world of skating that existed outside California and video games.

But what's next for the nation's largest skatepark?

In the long-term, hopefully another pro-level event.

Catch Des Moines estimates the Dew Tour alone brought in $4 million to the local economy and are optimistic the community could see it return in the future. But that's not the only skating competition they have their eye on.

"There are a lot of other skateboarding events out there," Catch Des Moines President Greg Edward said. "Red Bull does one, Monster Energy has one too."

In the meantime, more events and competitions are coming to the skatepark for local skaters. That responsibility has fallen to Skate DSM, a new nonprofit founded to grow the Des Moines skating community.

"If this is your first time hopping on a skateboard or your an Olympic athlete, there is a place in this park for you," said Norm Sterzenbach, president of Skate DSM.

The nonprofit's first step in growing the skating community is getting more Iowans on skateboards. Skate DSM is hosting skating clinics once a month this summer. They sold out within days of going up on their website, but they say more events are in the works.

More aspiring skaters also means more skateboards leaving the shelves at skate shops like Subsect Skateshop in the East Village of Des Moines. During the Dew Tour, Subsect owner Kevin Jones said seeing pro skaters like Sean Malto in the shop became a normal sight and one we might continue to see at the skatepark.

"You're going to see more pros here because the park stays here, it's like a training facility," Jones said. "Especially this summer, you may run into some faces you recognize from a magazine."

According to Jones, unlike this year's Dew Tour event at Lauridsen Skatepark, most skating competitions take place on temporary ramps and courses built specifically for that competition that are taken down after the fact. Jones said that's the advantage of having the largest skatepark in the nation.

"I think the community showed the world of skateboarding how much we're willing to get behind and love skateboarding and really rolled out the red carpet," Jones said.

Over the last 15 years, Jones has played an active role in trying to bring a skatepark like Lauridsen to the metro and believes the future is bright for skating in Des Moines. He now serves on the board of Skate DSM where he helps facilitate skating clinics and planning events for metro skaters to attract more Iowans to the sport he loves.