Play Ball! What to expect from the Iowa Cubs 2021 season

Here's how officials are hoping to keep baseball fans safe as they enjoy a day at Principal Park. 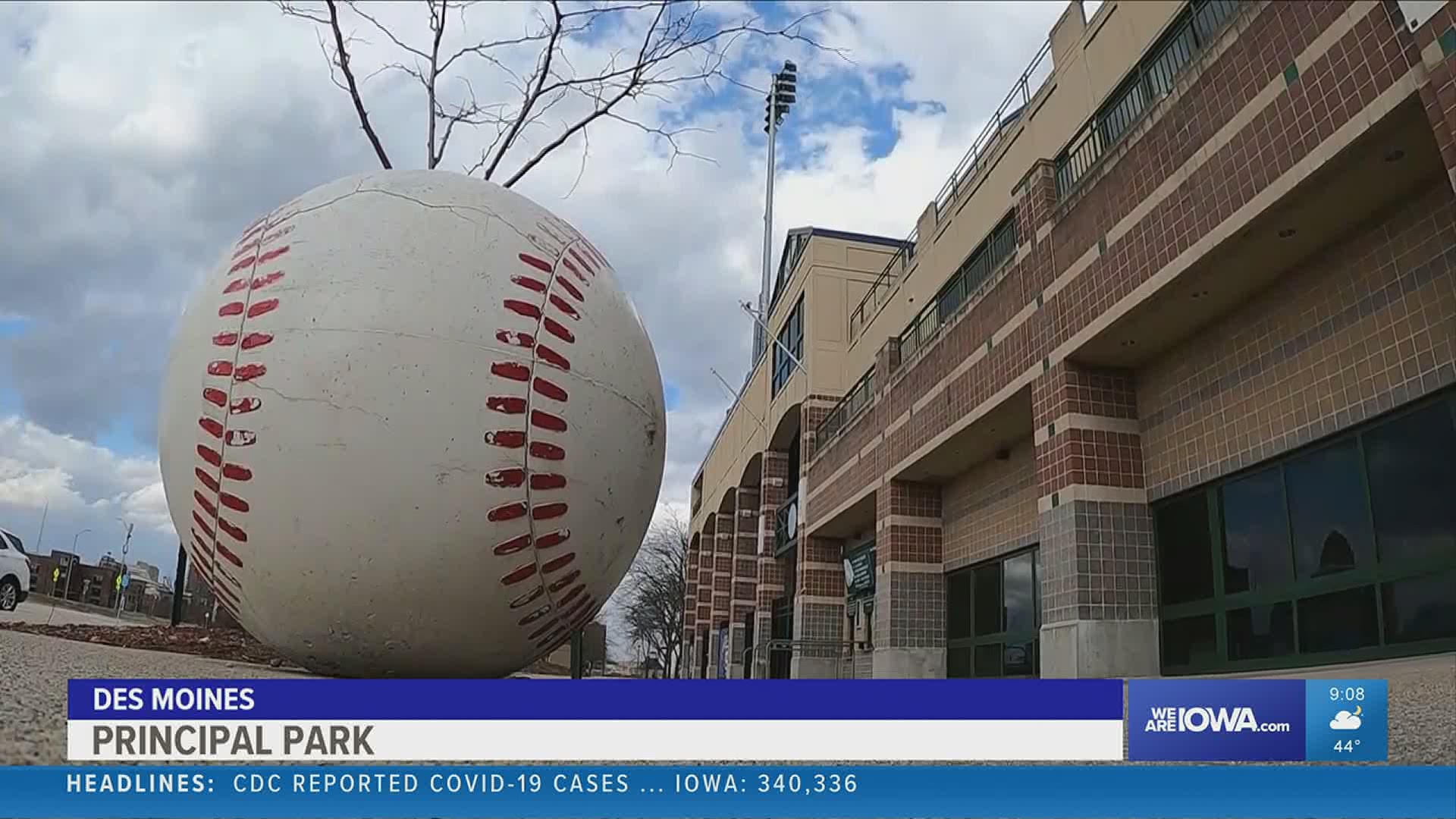 DES MOINES, Iowa — It's almost time to celebrate an Iowa summer tradition- cheering on the Iowa Cubs at Principal Park. And you can expect a lot of fun at Principal Park while they figure out how to keep everyone safe at the games.

Opening day is May 4th and there are 60 home games through the middle of September. Major League Baseball recommends socially distant seating through at least the end of may, but there is hope after that. Randy Wehofer with the Iowa Cubs said "With the Johnson and Johnson vaccine announcement, Major League Baseball saw a path where they can get a fair amount if not all of their minor League players and coaches vaccinated before they get into traveling and competing against other clubs outside of their spring training facility and then they'll adjust as the vaccination program continues to roll out not just for the baseball personnel, but for communities in general."

Wehofer says there is a feeling that by late summer, we could be back to normal, and be able to enjoy games just like we always have. He adds "Coming to a baseball game will be an important moment. An important milestone for a lot of people who have followed the rules and stayed inside and tried to limit their exposure, but the chance to be here at some point this summer will be a sign of normalcy. To hear the crack of the bat, the roar of the crowd, the energy that comes from an Iowa Cub player hitting a home run or a pitcher getting a strikeout and the collective roar that comes up whether it's 3,000 or 10,000 that will that will be the thing I look forward to most is the energy of the ballpark on a game day."

RELATED: Experts say you can take a vacation this year despite pandemic