"He was clingy to me a little bit, but he was my baby," said Tremir's mom, Destiny King. "Everyone would comment that he was a mama's boy, but so? He was my baby." 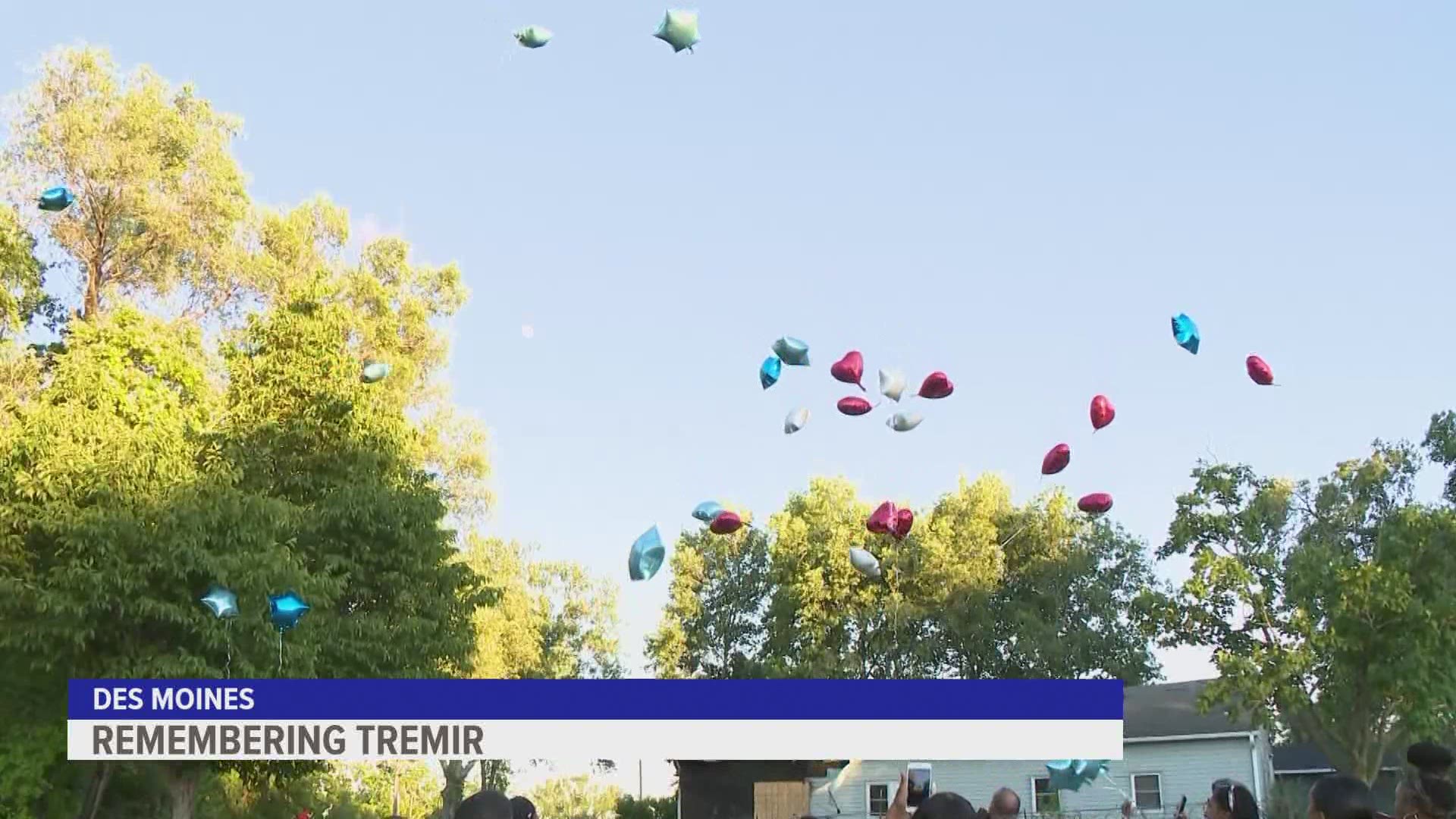 DES MOINES, Iowa — Less than a week after his death, those who loved Tremir Matthews the most gathered at a Des Moines park to honor the one-year-old.

It was a heartbreaking night for all involved, many tears were shed for Tremir, but there were laughs, too.

Tremir's family reflected on all of the things he used to do. He loved bananas and oranges, playing with his blocks and watching the television show "Cocomelon".

More than anything, Tremir loved his big brother, Quadir. Tremir idolized Quadir and loved his mom and dad with all of his heart.

"He was a loving baby. He was always looking up to his brother. Trying to do everything that his brother wanted to do," said Tremir's mom, Destiny King. "He was clingy to me a little bit, but he was my baby. Everyone would comment that he was a mama's boy, but so? He was my baby. He was only one [year old]. He just wanted love."

Quadir, who is two years old, is still figuring out life without his little brother.

While Destiny spoke with Local 5's Rachel Droze, Quadir walked up and said "brother" over and over again - not quite comprehending why his baby brother is no longer around.

"When I first started going through [Tremir's] stuff, thoughts went through my head where I was like, 'I don't want to do nothing else. How am I supposed to keep going?'" But I still have Quadir," Destiny said. "The way Quadir acts — I don't want to say he hasn't noticed a change —  he has, but he has been keeping his head up, so I've been trying to keep my head up for him, too. I know that, even though I'm hurt, Quadir doesn't deserve to live a depressed life. He doesn't deserve to have a mom that's depressed."

All aspects of Monday night were difficult for Tremir's family and friends as they try to come to terms with what happened and somehow understand how it was possible for such an innocent life to be taken so soon.