A piece of Iowa history, Riverview Park in Des Moines given new life

Originally the site of Iowa's first amusement park, Variety — The Children's Charity and the City of Des Moines have given the area a fresh start. 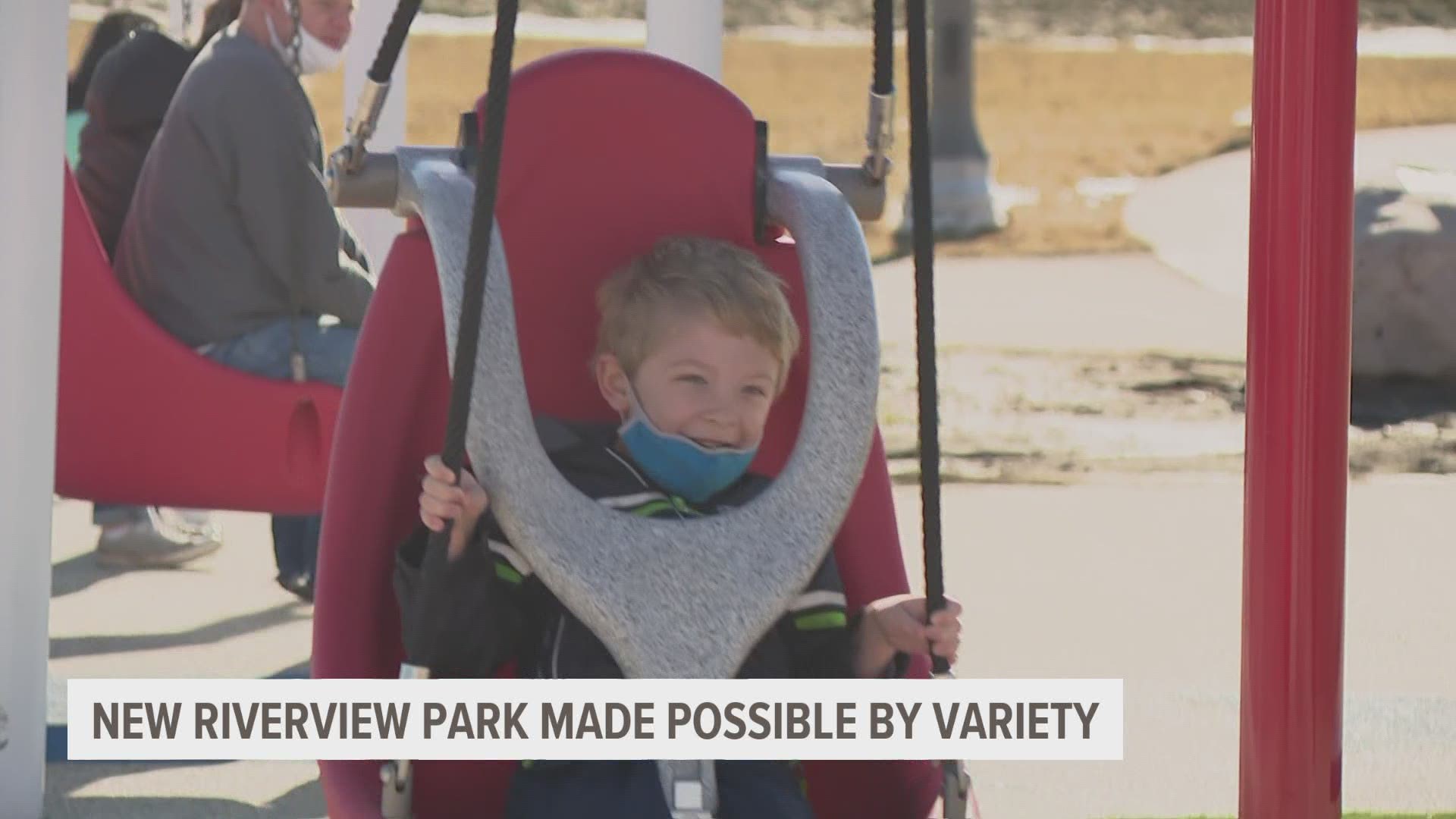 DES MOINES, Iowa — Playgrounds are a place to make memories and let kids be kids. And a new playground in Des Moines is making that even more possible with the help of Variety — The Children's Charity.

For young Drew Schneider, he could spend hours at Riverview Park. But this park is unique.

"In an average playground, there may be one thing that he could engage with," Drew's mother, Meg Schneider, said. "And here it's darn near everything."

Drew uses a wheelchair, which means at most playgrounds, he would be relegated to sitting and watching others play.

As Drew's mom says simply: "Too many obstacles."

That isn't the case at Riverview and the inclusive Star Playground.

"We always say in our profession ... we're making memories to last a lifetime," Ben Page with the City of Des Moines Parks and Recreation department said. "And people often forget about folks with disabilities and that's not right."

Variety has been an important partner for the city for over a decade.

The location has major significance for the neighborhood: It was Iowa's first amusement park before becoming rundown over the years, and in Page's words, declining to a "dilapidated" state.

The old "Crazy Mouse" roller coaster has been turned into something all kids of all abilities can actually use.

"He is just like every other six-year-old boy," Meg said of her son. "He's silly and he loves to play. And having an environment like this makes him just like everyone else, which is ... a real gift because he has dozens of things that come at him every day that makes him feel different."

The playground is for everyone, and Page expects it will likely be the city's busiest over the summer.

RELATED: Young Charlie is showing off overwhelming success of the Variety Mobility Program