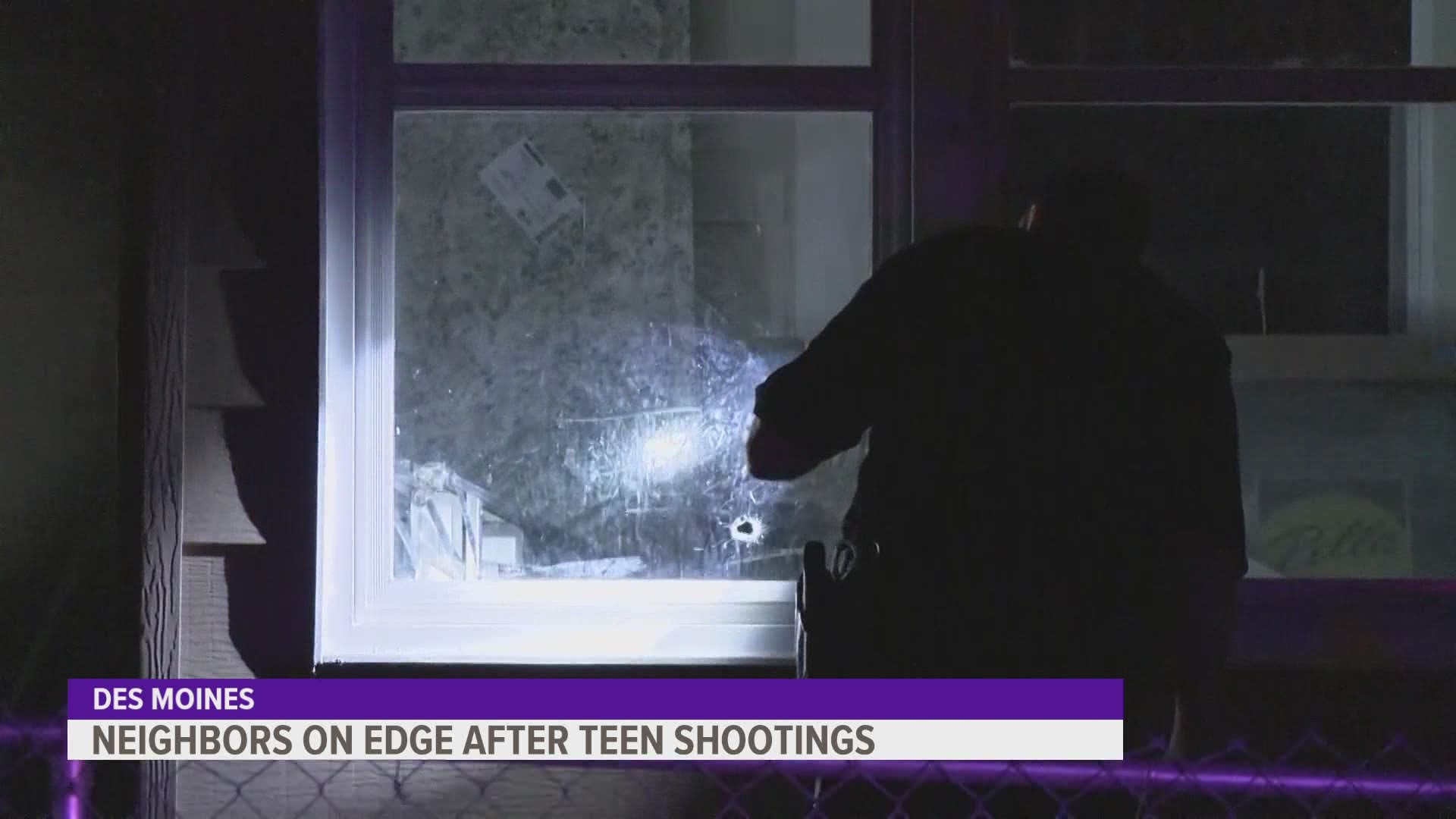 Two of the teens were shot near the 1700 block of 11th Street. The victims are 18 and 16 years old. Both suffered minor injuries, one was shot in the foot and the other was grazed on the neck.

DMPD Sgt. Paul Parizek said they were transported to the hospital in a private car.

While at the scene Wednesday night, Local 5's Eva Andersen witnessed three police cruisers and a crime scene investigation unit at a residence in the area. Jefferson Street had been closed off.

Parizek said a 17-year-old also checked himself into the hospital Wednesday night with a gunshot wound.

This happened moments after the incident on 11th Street.

The teen hasn't told them where the shooting happened, but police suspect it's connected to a possible incident on the 1800 block of 23rd Street.

Parizek said people reported hearing gunshots in that area right before the teen showed up to the hospital, but added the investigation is still ongoing and they haven't made a definitive connection yet.

Parizek did say there is no connection between the incident involving two teens shot in the driveway Wednesday night and the 17-year-old who took himself to the hospital.

Officers continue to investigate both incidents.

Watch: Residents say gun violence getting out of hand in Des Moines neighborhood