Richard Fleck is accused of killing 37-year-old Ranae Bell of Ames in February. He's also charged with attempted murder for a separate incident in Des Moines. 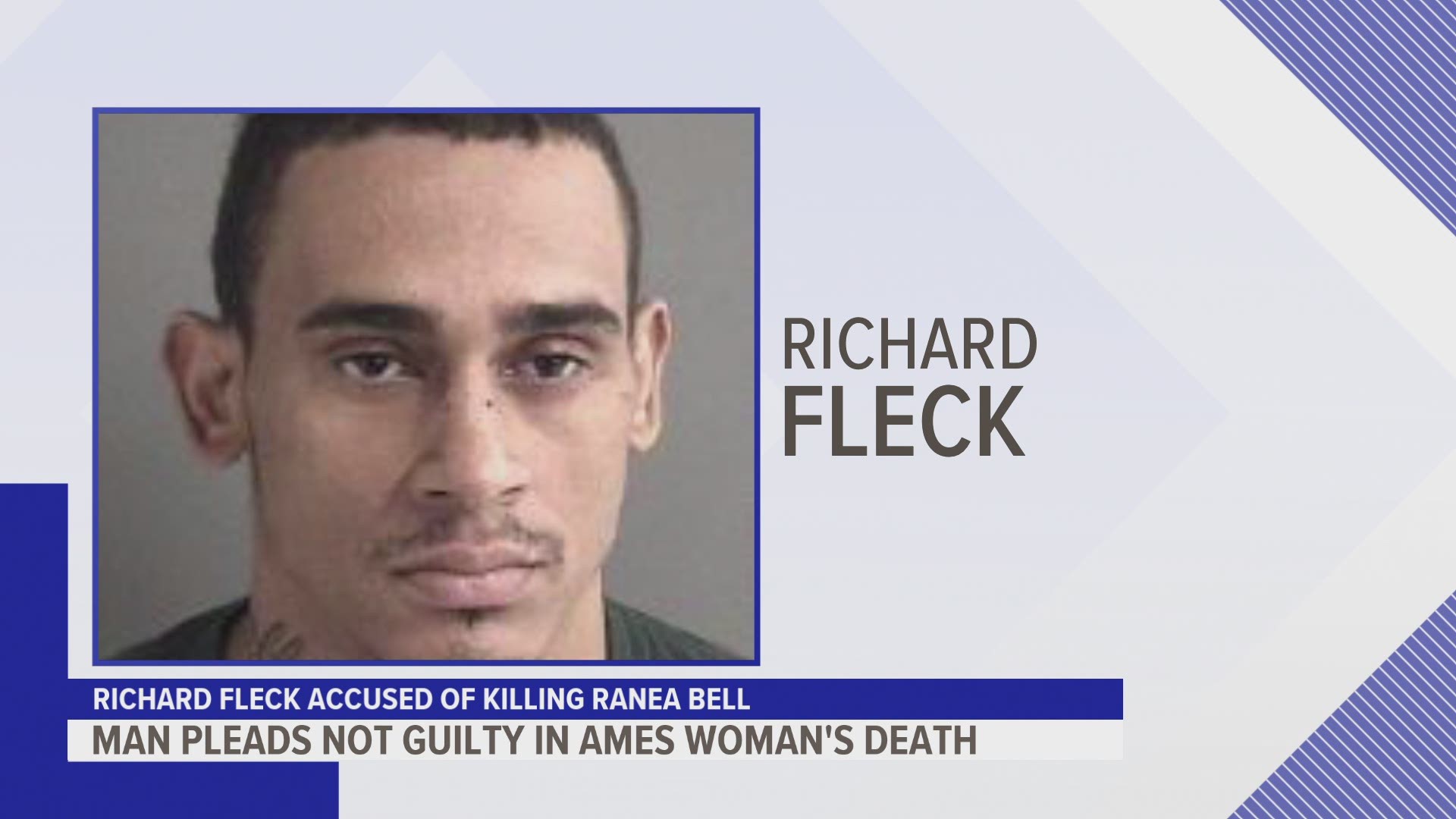 AMES, Iowa — The man charged with first-degree murder in the death of Ranae Bell of Ames back in February has pleaded not guilty.

Court records show Richard Fleck submitted a written plea of not guilty Monday. A pre-trial conference for Fleck is scheduled for June 1.

Officers found Bell dead inside an Ames apartment on Feb. 20 while conducting a welfare check. Ames police issued an arrest warrant for Fleck shortly after.

Last month, Des Moines police caught Fleck after running away from an attempted murder scene and hiding in a tree. According to Des Moines police, Fleck had fled the scene to chase down a witness who had interrupted the attack.

"It was a brutal assault. The doctors tell us that had that continued, we most likely would have been investigating the murder," said Des Moines Police Department Sgt. Paul Parizek said after Fleck's capture.

Fleck is accused of first-degree murder and possession of a firearm as a felon, among other charges.