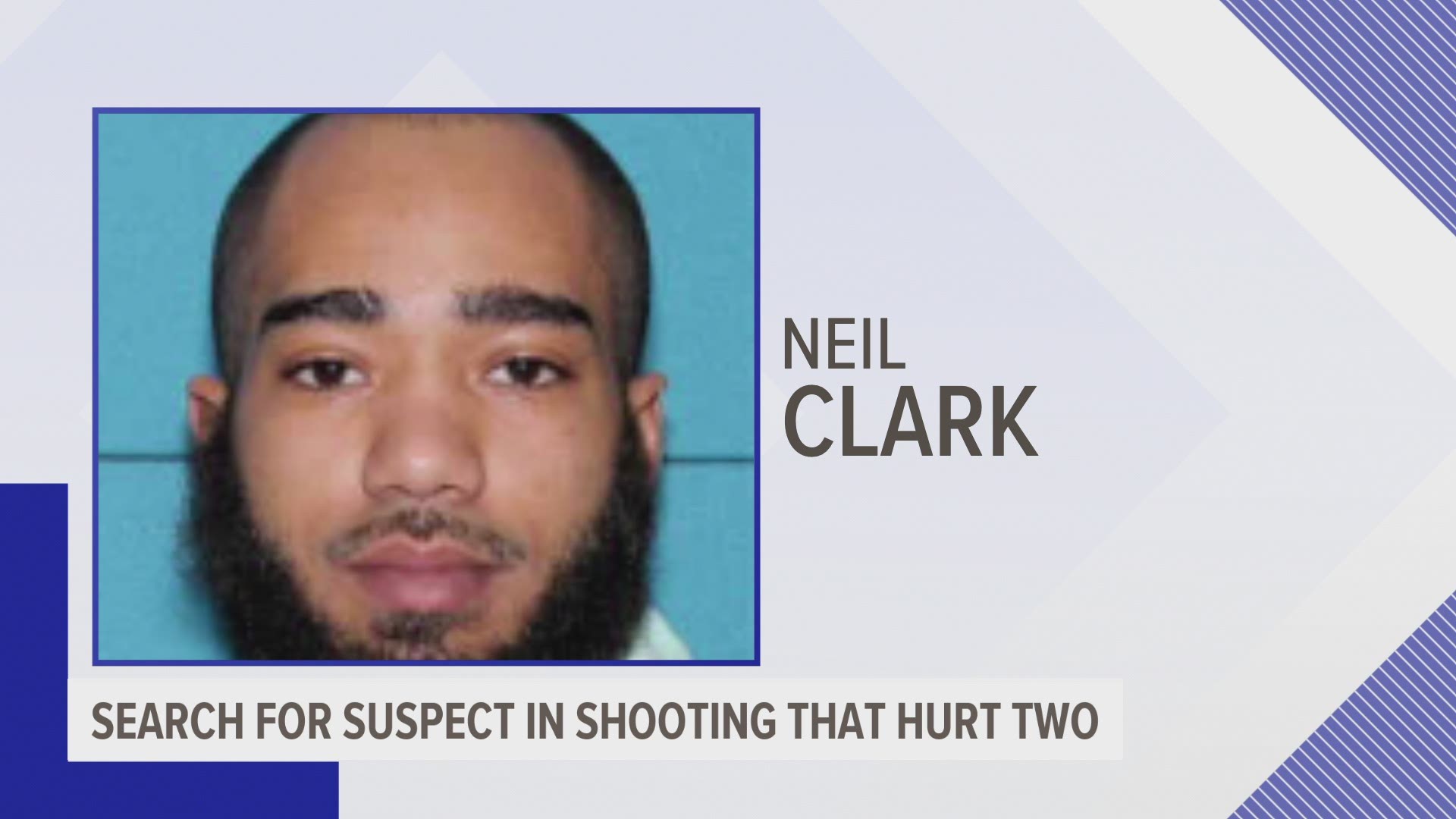 DES MOINES, Iowa — Detectives issued an arrest warrant Friday afternoon in an effort to locate a Cedar Rapids man who is suspected of shooting two women in a Des Moines bar on April 26.

According to the Des Moines Police Department, Neil Darrell Clark, 26, has the following active arrest warrants:

Detectives say they've found information that indicates Clark is no longer in Iowa. Those with information are asked to contact DMPD by calling 515-237-1502.

Tips can also be anonymously submitted through Crimestoppers of Central Iowa at 515-223-1400 or online. Reward money may be available, according to police.

Officers with the department as well as Des Moines Fire Department responded to the shooting in the Court Avenue Entertainment District that night and found the women weren't the intended targets.

Detectives examined witness and victim statements as well as surveillance video and found Clark and the intended victim had been involved in a fight within Shag's Bar at 216 Court Ave.

Police say as Clark and others in the fight exited the bar, Clark pulled out a gun and fired a single shot towards the intended victim.

However, the shot missed and continued on to strike the two women sitting inside the bar. They were not involved in the situation at all, according to the police.