Joshua Wells is suspected in the deaths of Maricela Honorato and Juan Guizar-Gutierrez. 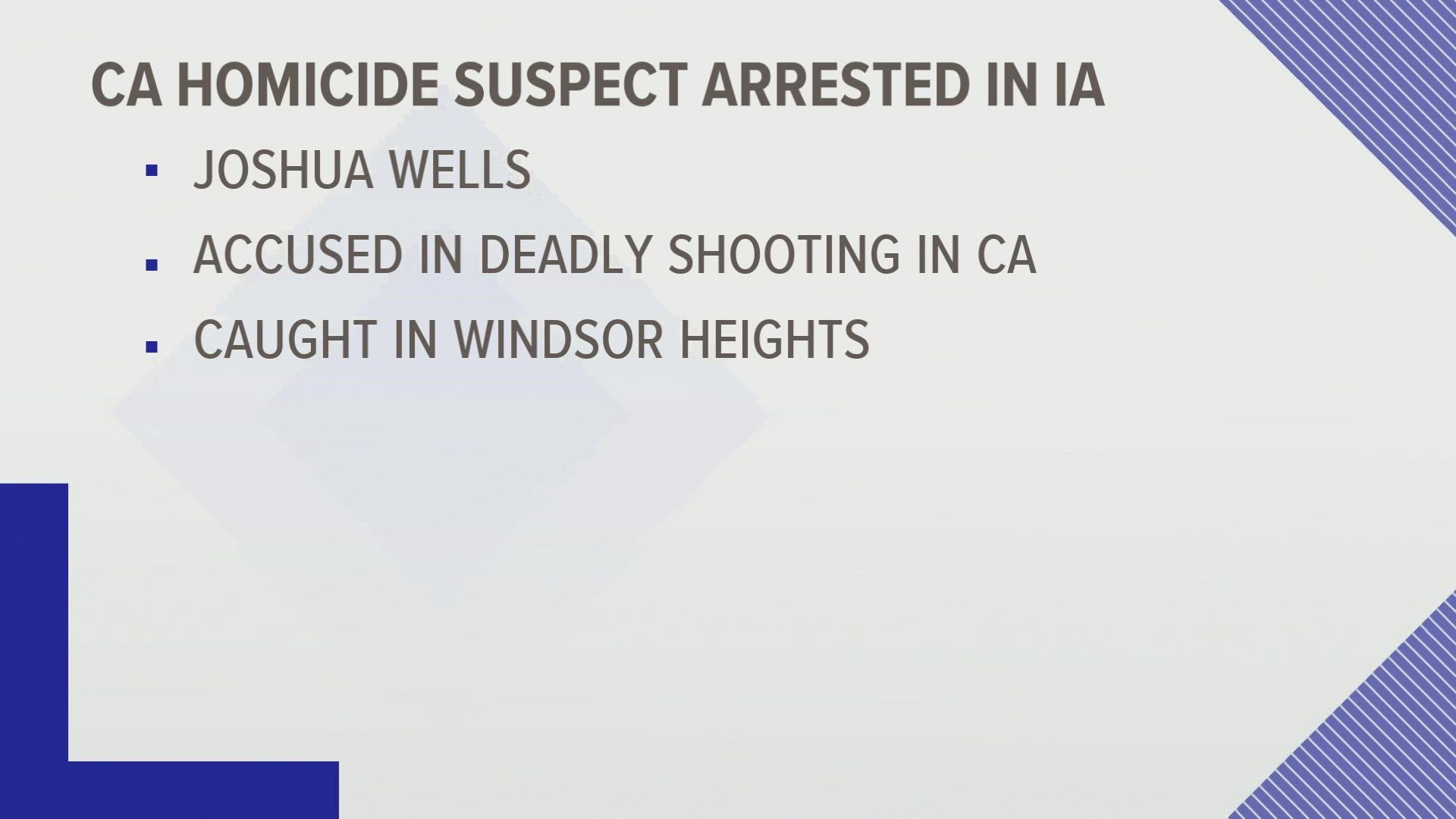 Wells was wanted for the Sept. 4 shooting deaths of 44-year-old Maricela Honorato and 39-year-old Juan Guizar-Gutierrez.

Police in Long Beach say officers who responded that evening to reports of a fight found the couple on the street and sidewalk suffering from gunshot wounds to their upper bodies. Investigators believe the shooting stemmed from some kind of altercation and say Wells did not know the victims.

WATCIH | Emotional dedication of mural for Des Moines teen shot, killed during a drive-by shooting in 2016