As he waits for his trial in Washington, D.C., Jensen has been allowed to be at home in Iowa with strict guidelines, including not accessing the internet. 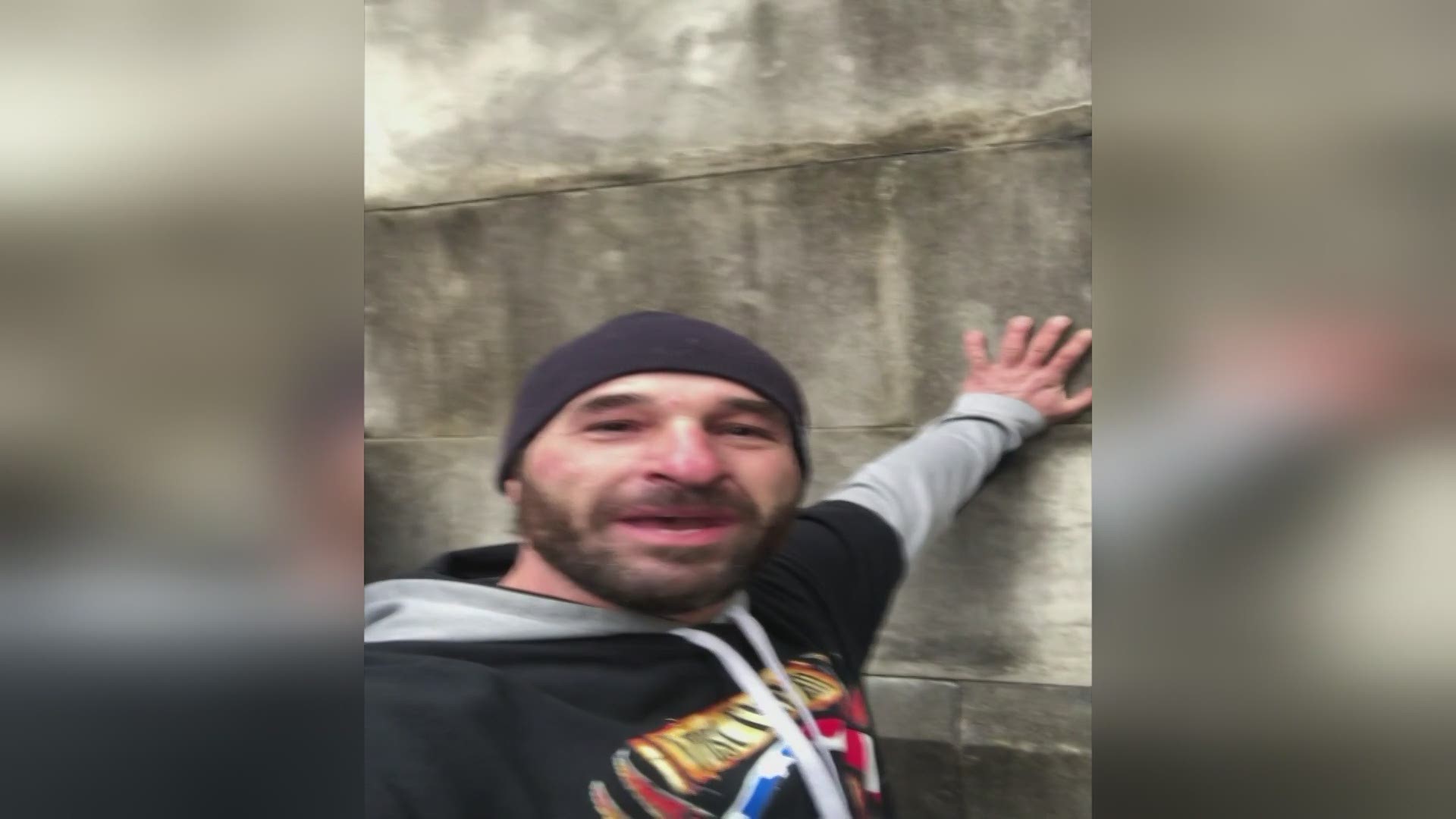 DES MOINES, Iowa — Federal prosecutors have asked a Washington, D.C. judge to send Doug Jensen back to jail because he allegedly violated the terms of his pretrial release.

In a court filing this week, Jensen was reportedly found at home alone, in his garage, using a cell phone to stream news from the conservative video site Rumble.

Jensen is facing several charges for his alleged connection to the U.S. Capitol riot on Jan. 6, including attacking a police officer.

As part of the conditions to his pretrial release, he was ordered not to access the Internet "directly or indirectly."

At first, Jensen denied going online with the iPhone, according to the motion to revoke pretrial release.

Eventually, prosecutors say, he admitted that in the previous week, he had spent two days watching Mike Lindell's Cyber Symposium regarding the recount of the presidential election.

Lindell has been advocating for months that former President Donald Trump won the 2020 election and votes were not tallied correctly. That claim has been disputed in numerous court cases.

Jensen's alleged violation of the terms of his release comes just 30 days after he left jail.

In their filing, prosecutors wrote:

"...at the end of the day, Jensen will not abandon the misguided theories and beliefs that led him to menacingly chase U.S. Capitol Police Officer Eugene Goodman up the Senate staircase on January 6, 2021.

"Jensen's claims of reform cannot be credited, nor can he be trusted to abide by this Court's orders ... Jensen remains a danger to the community."

#CapitolRiot: The DOJ is asking a judge to send Douglas Jensen – accused of chasing Officer Goodman – back to jail. Why? They say he violated his release by watching Mike Lindell's "cyber symposium" on supposed election fraud. Docs: https://t.co/6UgiZ3wcoG @wusa9 @EricFlackTV pic.twitter.com/1Bxj6nw6T2

Sign up for the Capitol Breach Newsletter from WUSA9. Don't miss an update about arrests, charges or investigations into the assault on the Capitol.

RELATED: Federal judge: Doug Jensen can be released from jail while he waits for trial

"Jensen managed to violate one of the most difficult-to-enforce conditions in the most egregious way imaginable," Assistant U.S. Attorney Hava Arin Levenson Mirell continued. "He has proven that not even six months in jail will deter him from returning to the conspiracy theories that led him to commit an assault against a federal officer on January 6, 2021."

Prosecutors also pointed out Jensen's wife allegedly left the iPhone on for her husband when she went to work, and, as a result, facilitated Jensen's violation.

"Thus, even if the Court were inclined to keep defendant on pretrial release, there are no suitable third-party custodians to supervise Jensen," the filing concludes.

Jensen’s lawyer wrote in a court filing Sunday that Jensen concedes he violated the terms of his release by accessing a video-sharing website that features misinformation about vaccinations and other matters.

But he asked the judge to give Jensen another chance. Jensen was released in July after spending six months in jail.

He told the judge he had been duped by QAnon conspiracy theories.

The judge will have to decide whether or not to grant the motion for Jensen to be sent back to jail while he waits for trial.

RELATED: Witness to MyPillow CEO incident says it was no 'attack'