The driver was identified by police as 25-year-old Jordan Howes of Kansas City, Missouri. 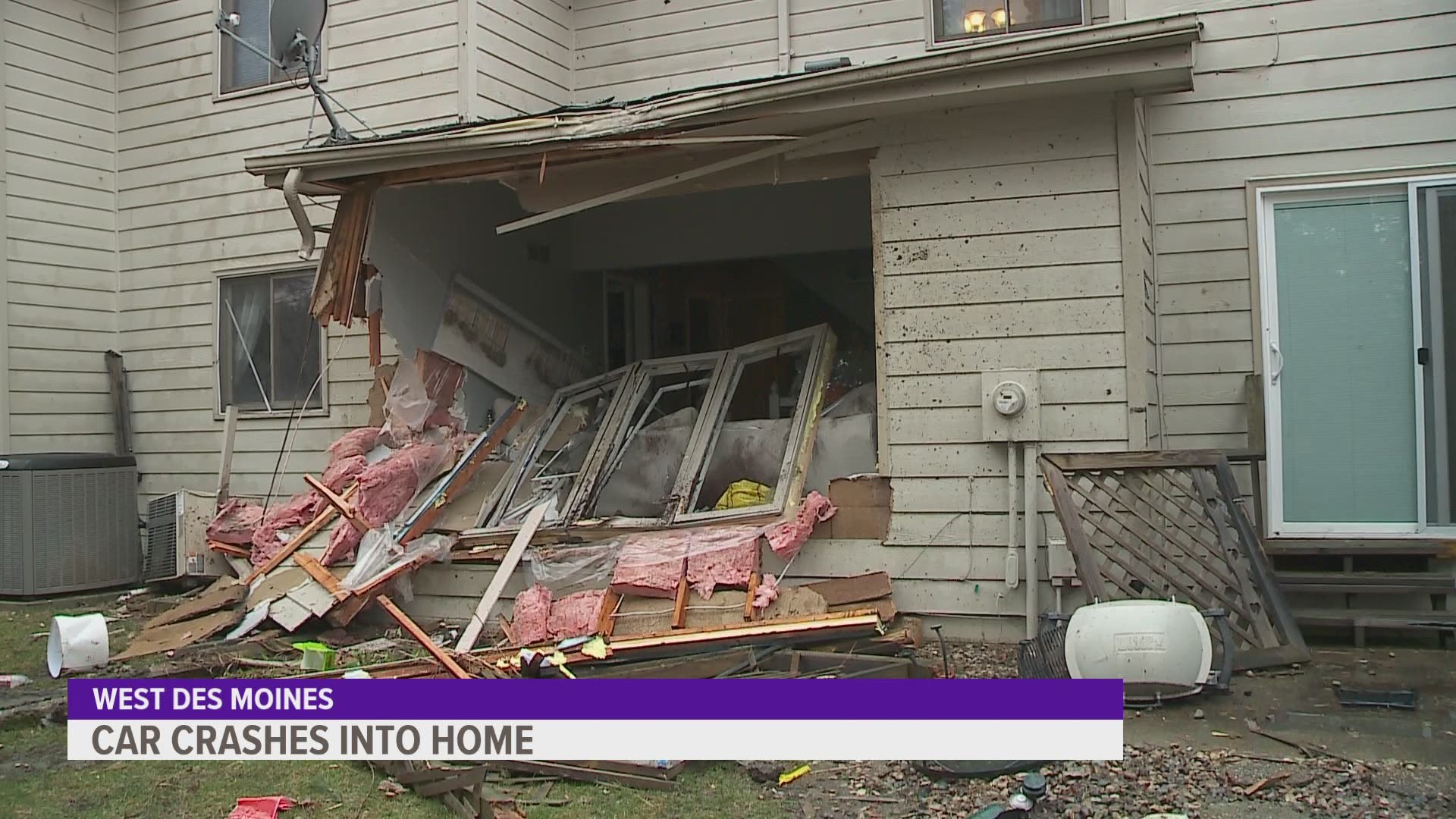 "There was a fireman that wouldn't let me go in because it was all Smokey and there was glass everywhere," Shirck said. "I came around the back and that's when I saw the car in my living room."

Police identified 25-year-old Jordan Howes of Kansas City, Missouri as the driver. He's in the hospital. Police are investigating excessive speed and impairment as contributors to the crash. The Local 5 crew at the scene observed broken alcohol bottles and boxes at the scene of the crash mixed in with the debris.

No one inside the home was injured. One person was asleep upstairs when the crash happened and the two dogs inside weren't near the scene. Schirck told Local 5 the crash caused between 50,000 and 60,000 dollars worth of damage to her home. She had just remodeled the house the year before.

"It's just really emotional to see something like that," Shirck said. "This is your comfort zone and I have been completely violated."

She plans to stay in a hotel for the next few weeks. A demolition team is boarding up the home ahead of Monday's snow.