'So much is taken, and you can't get it all back': Child welfare supervisor talks recovering Iowa children from sex trafficking

Jana Rhoads says many teens who have been groomed by predators don't consciously consider themselves victims, and it's a long road to recovery and healing. 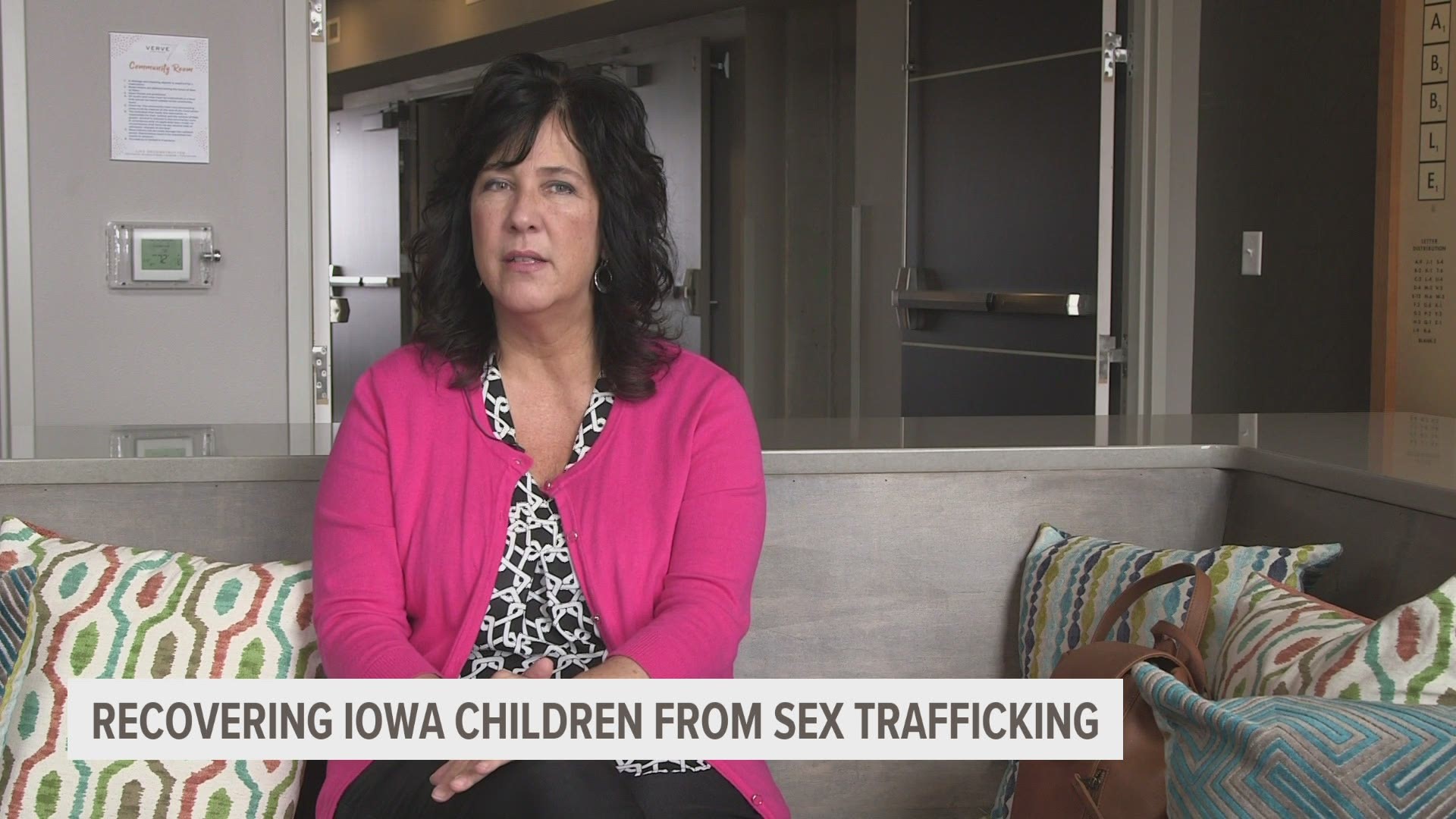 DES MOINES, Iowa — Hopelessness, loneliness, and the feeling that no one loves you.

Those feelings, along with an unstable home situation, are often big contributors to a child falling victim to sex trafficking. However, the sense of hopelessness doesn't go away once they are recovered by law enforcement and the Iowa Department of Human Services.

"The [child victim] may feel that the [trafficker] has taken care of them when maybe they don’t think others have," said Jana Rhoads, Des Moines area service manager with Iowa DHS. "They feel like, 'Why did you take me out of this situation?'"

Rhoads has seen it time and time again, in her time overseeing child welfare in central Iowa. She said traffickers are "savvy" and often provide children or teens with money, cell phones, clothes— in many cases, items their family may not be able to afford. The child develops a false sense of security, which she said can be hard to chip away at once they're recovered.

"Having your teenage years basically stolen, and growing up in a way that is skewed in what is 'normal,'" said Rhoads. "Then, when you’re in an environment when people what to be nice to you [the teen might think] what’s your motive? Why are you being nice to me?"

Rhoads says the first step once a child is returned is making sure their location is secure and away from the criminal who coerced them. Then, they make sure the victim has proper medical attention for any bodily injuries. Then they connect them with extensive therapy to be able to form relationships again. When they can do so, Rhoads says it's extremely rewarding.

She recalled a recent situation where a survivor who turned 18 expressed thanks to her social worker.

"The girl said [to the social worker] 'There would be so many times that I would yell and scream at you, and you would just take it, and you would just be calm at me and try to get me to laugh. And you knew that I wasn’t angry with you...I was just angry.'"

"We can really just hang in there with a kid and let them know, we don’t have any expectations. We’re in your corner. We’re going to help you get back your life."