"A typical year we might lose 15 to 20 signs. This year we've already lost a little bit more than 50," City of Ames Traffic Supervisor Brad Becker said. 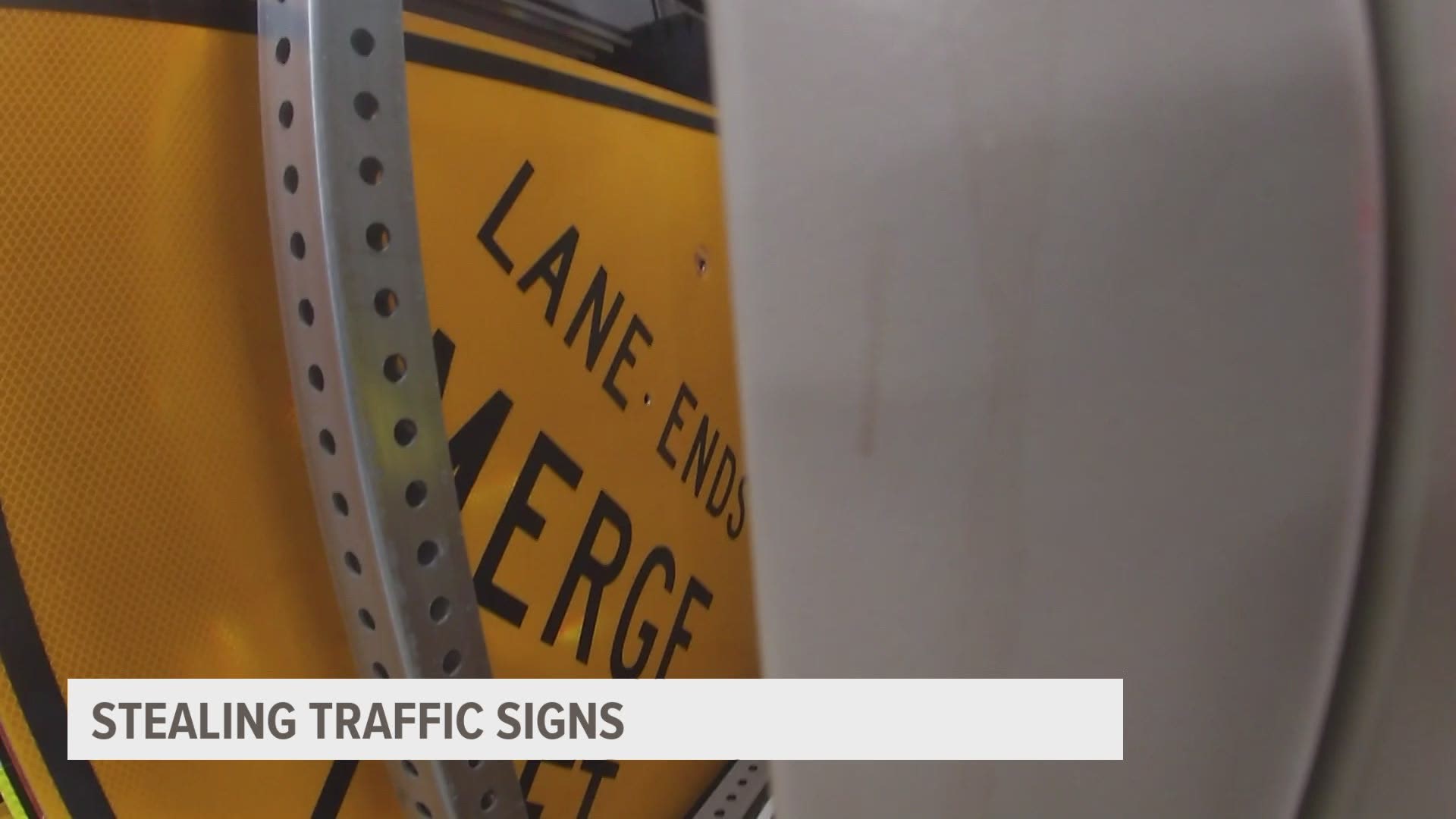 AMES, Iowa — Recently in the City of Ames, the public works department has noticed an uptick in people stealing traffic signs.

"A typical year we might lose 15 to 20 signs," Brad Becker, traffic supervisor for the city's public works department, said. "This year we've already lost a little bit more than 50."

The majority of those thefts occur in areas surrounding Iowa State University.

Becker noted it's difficult keeping up maintenance on those signs along with having to replace ones that get stolen.

"We're really having troubles keeping up on the stolen signs, making sure we're made aware of them and just getting those replaced," Becker said.

And the public works department noted replacing the signs are not cheap.

"We're looking at the neighborhood of a couple of hundred dollars every time we have to replace a sign with labor, and sign materials."

Cmd. Jason Tuttle with the Ames Police Department said people stealing these signs may sound harmless, but it could put people's lives at risk.

"Someone could run a stop sign and hit a pedestrian or bicyclist or someone else, so safety is our number one concern," Tuttle said told Local 5.

If someone is caught stealing or in possession of the signs, a person could be charged with a simple or aggravated misdemeanor.

Local 5 reached out to the campus police for their exact plans to reduce the thefts.

They said in part:

"We are aware of the issue of the stealing of signs and we continue to monitor the area as well as all areas around campus."

The public works department is asking people if they see someone stealing a sign or knows someone who has a sign in their possession to report it to the police.