DPD said they had no arrest information to release after the officer was shot late Saturday in the 4200 block of Alcott Street. 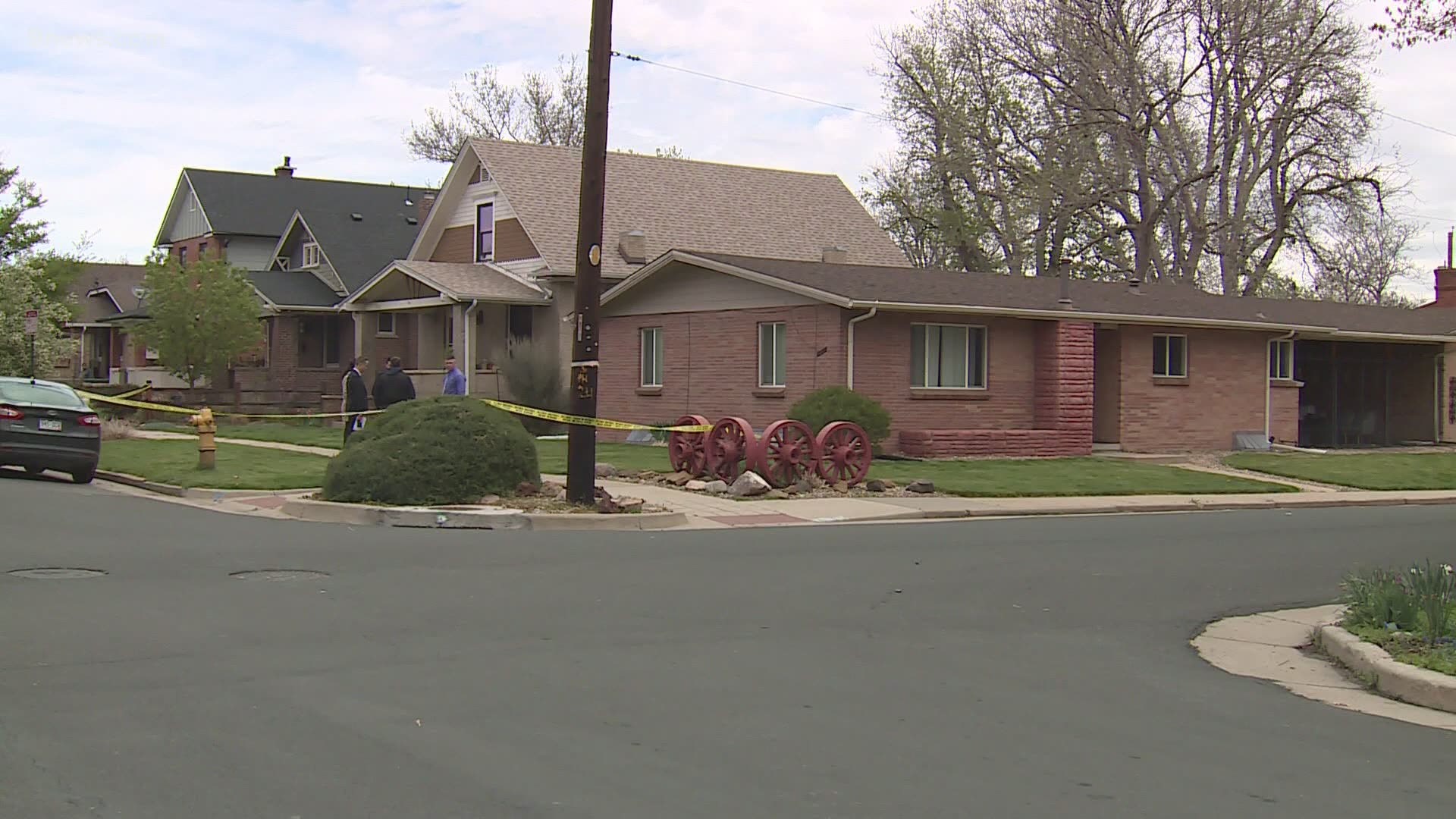 DENVER — A police officer was out of surgery and stable after being shot in the leg Saturday night in Denver's Sunnyside neighborhood, the Denver Police Department (DPD) said Sunday afternoon.

The officer was taken to the hospital in critical condition after the shooting. According to DPD Division Chief Ron Thomas, officers were called just before 11 p.m. to a home in the 4200 block of Alcott Street on a report of an unknown person who was on someone's porch.

As officers approached, Thomas said, they were fired upon and one of them went down with a gunshot wound.

Thomas said the other officers rendered aid and called an ambulance, which brought the injured officer to Denver Health for surgery.

"We are still holding our breath a little bit, hoping that he's going to pull through and be OK," Thomas said early Sunday morning.

At 7:30 a.m. Sunday, DPD said they had no arrest information to release at this time and that officers had cleared the scene.

Several hours earlier, officers from multiple jurisdictions helped in the search for the person responsible in an area encompassing several blocks, Thomas said.

The officer's name has not been released.

MORE WAYS TO GET 9NEWS

Subscribe to our daily 9NEWSLETTER for top stories from 9NEWS curated daily just for you. Get content and information right now for can’t-miss stories, Next and Broncos content, weather and more delivered right to your inbox.

HOW TO ADD THE 9NEWS APP TO YOUR STREAMING DEVICE

ROKU: add the channel from the ROKU store or by searching for KUSA.

For both Apple TV and Fire TV, search for "9news" to find the free app to add to your account. Another option for Fire TV is to have the app delivered directly to your Fire TV through Amazon.