Law enforcement seized 37 guns, three pounds of cocaine, one ounce of meth, 18 pounds of marijuana, 1.5 ounces of heroin and $50,000 in cash, a release says. 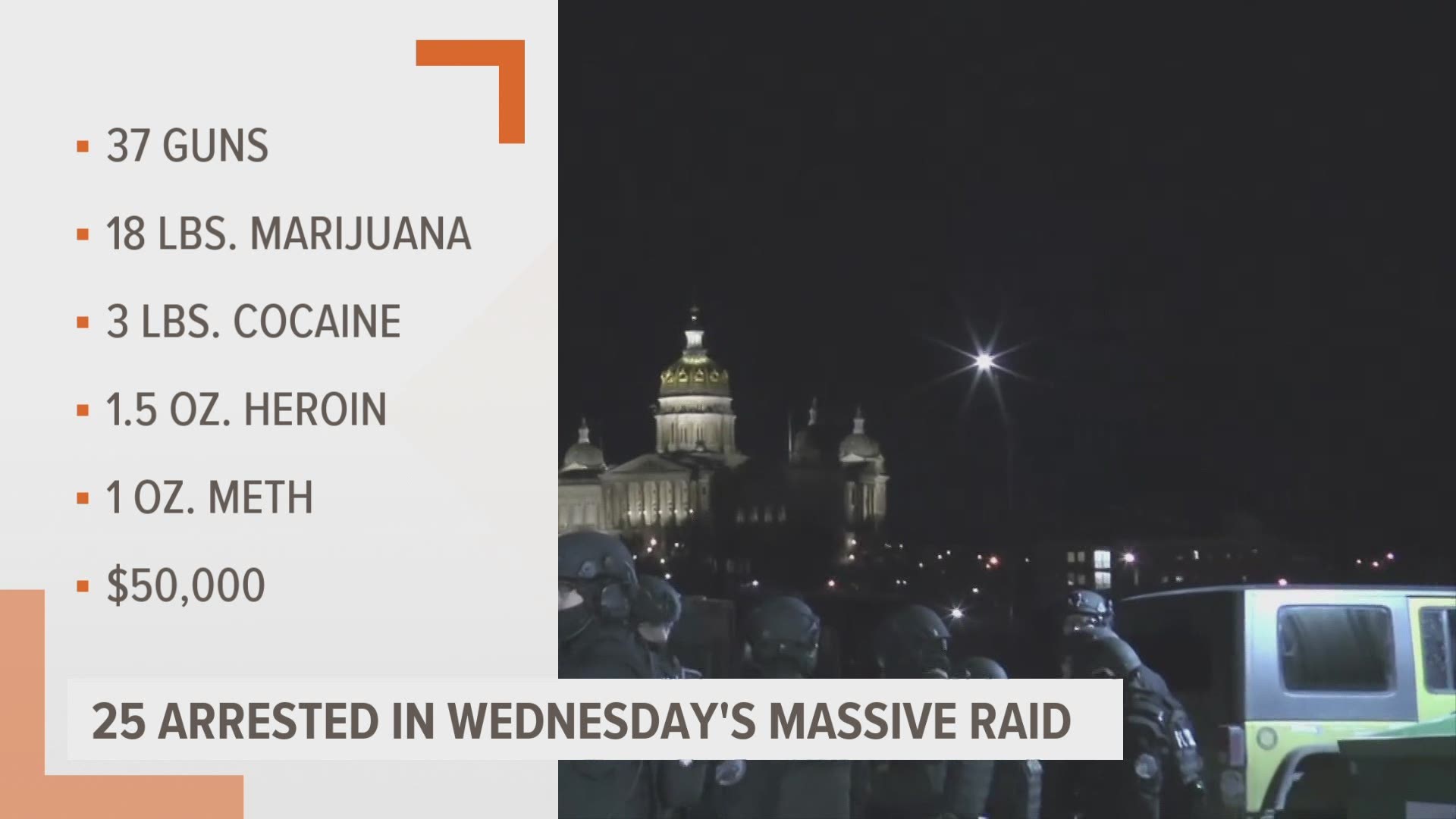 DES MOINES, Iowa — 25 people were arrested in Wednesday's joint federal and state investigation of a drug trafficking ring operating in the Des Moines metro, according to the U.S. Attorney's Office.

43 locations across central Iowa, most in Des Moines, were included in the investigation.

A release says that a combination of 18 federal and local law enforcement entities from the FBI to Des Moines police worked together to execute 45 search warrants in and around Des Moines.

They seized 37 guns, three pounds of cocaine, one ounce of meth, 18 pounds of marijuana, one and a half ounces of heroin and 50,000 dollars.

Below is a list of those charged in connection to the raids:

According to the U.S. Attorney's Office, those arrested on Wednesday have already made an appearance in federal or state court, or will soon. Some could serve anywhere from five years to life imprisonment.

“These arrests had a specific target: those accused of carrying guns, slinging drugs, and endangering our community," U.S. Attorney Marc Krickbaum said in a statement. "We look forward to proving these charges in federal court. And we are grateful to our law enforcement partners, who took almost 40 guns and many pounds of drugs off the streets of Des Moines.”

RELATED: AN INSIDE LOOK: Coronavirus and Iowa's health care system