Doug Jensen's defense team argued he should be released from jail as he waits for trial. 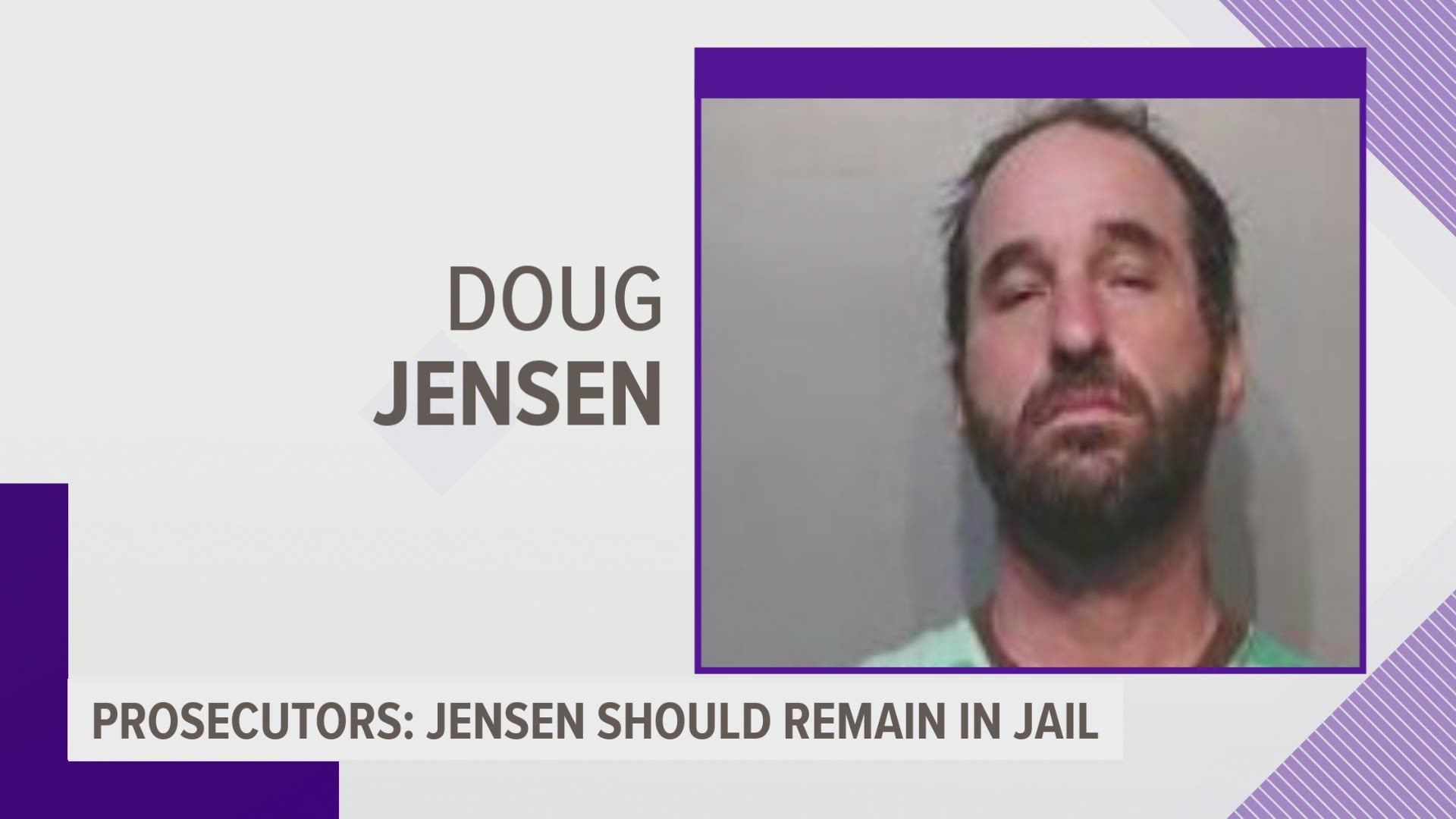 DES MOINES, Iowa — A federal judge will rule on Wednesday whether or not Des Moines resident Doug Jensen should remain in jail pending trial in connection to the deadly Jan. 6 attack at the U.S. Capitol.

An FBI agent who interviewed Jensen earlier this month testified in court on Tuesday about what Jensen told him after Jensen turned himself into authorities on Jan. 8.

Special agent Tyler Johnson said Jensen admitted to being inside the Capitol building when it was breached on Jan. 6. Jensen also said he went to Washington, D.C. to get "big news" from President Donald Trump, anticipating the arrests of lawmakers and Vice President Mike Pence.

Jensen admitted to authorities during his interview that he is a "true believer" in the conspiracy theories espoused by QAnon, which falsely claims the world is run by a group of Satan-worshipping pedophiles who are plotting against Trump while operating a sex-trafficking ring.

QAnon-related beliefs are found primarily on social media sites like Parler, which Amazon removed from its web-hosting servers after insurrection.

Jensen said he wore a QAnon shirt (seen in the photo below) and positioned himself at the front of the crowd because he wanted to be the "poster boy for the revolution" and wanted "Q", the supposed leader of QAnon, to get the credit.

Federal prosecutors from the U.S. Attorney's office argued Jensen is a flight risk and should remain in jail. They said he has assets to sell and would try to leave the state.

They added Jensen doesn't believe the government is legitimate and the FBI and CIA are corrupt.

"Anyone who has the beliefs of the defendant can't be trusted to follow the rules of the court," prosecutors argued.

Jensen's defense attorneys said their client has a life in Des Moines and would follow the rules established by the court. They also pointed to the fact that he walked six miles to the police station to give a voluntary statement after returning home from the riots.

Prosecutors disputed Jensen's willingness to adhere to conditions of the court, noting that anyone who believes in QAnon rejects law enforcement and the justice system. Officials with the probation office also recommended Jensen remain in jail because it would be difficult to keep an eye on him.

Special agent Johnson outlined more details on Tuesday regarding his conversation with Jensen, noting Jensen said he had been consuming QAnon theories for the past four years.

According to federal prosecutors, Jensen said his only regret is the backlash of his actions on his family. He described himself as a "patriot" and believes there will be more arrests of lawmakers on Inauguration Day.

Jensen also said in the interview with police that he believed President Trump could institute the Insurrection Act, which would allow the creation a citizen militia to make arrests.

Both sides have 14 days to appeal the judge's decision. 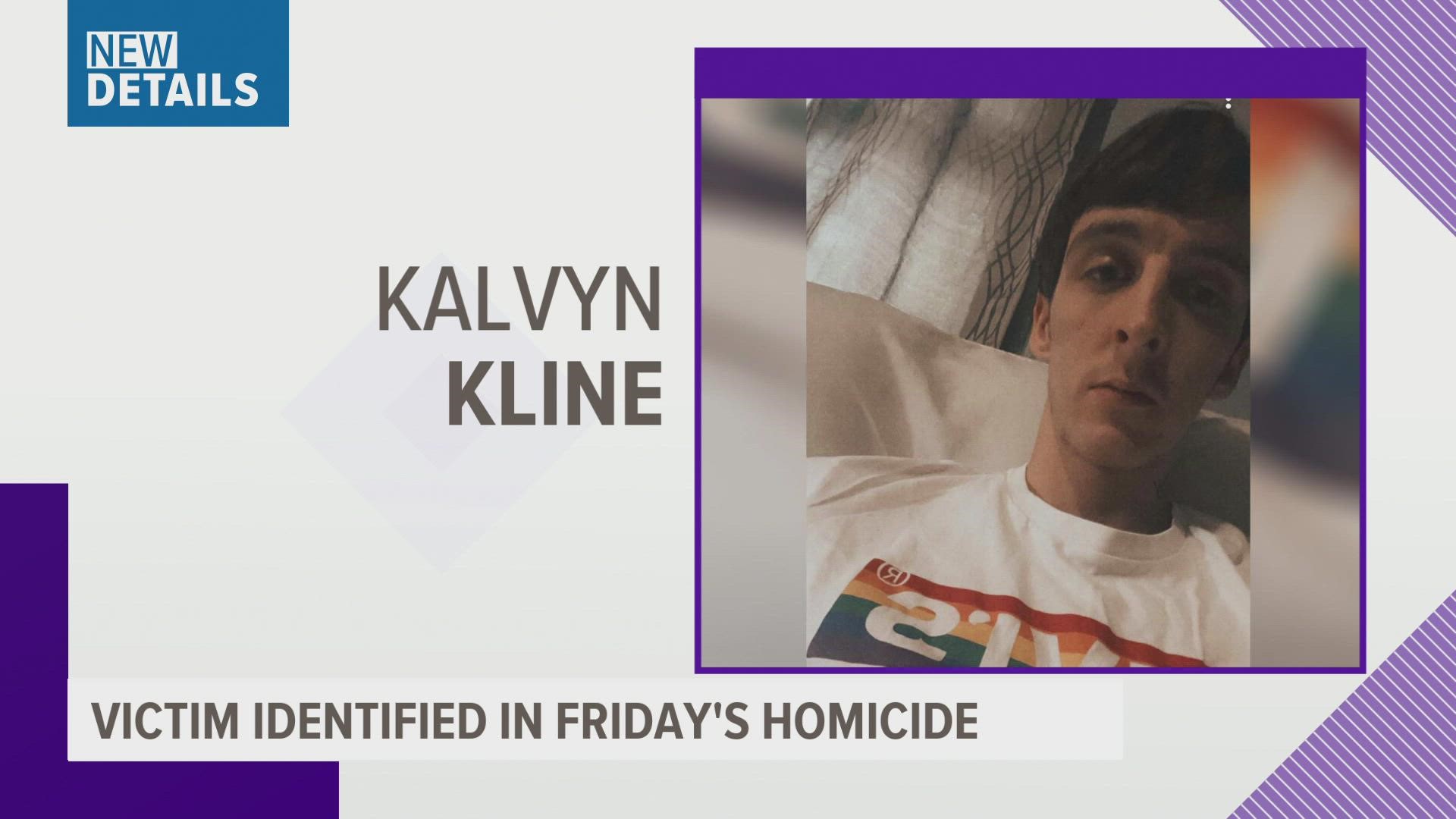