The shooting happened just after 4:00 Sunday morning at Big Earl's Gold Mine, an adult entertainment venue on NW 2nd Street. 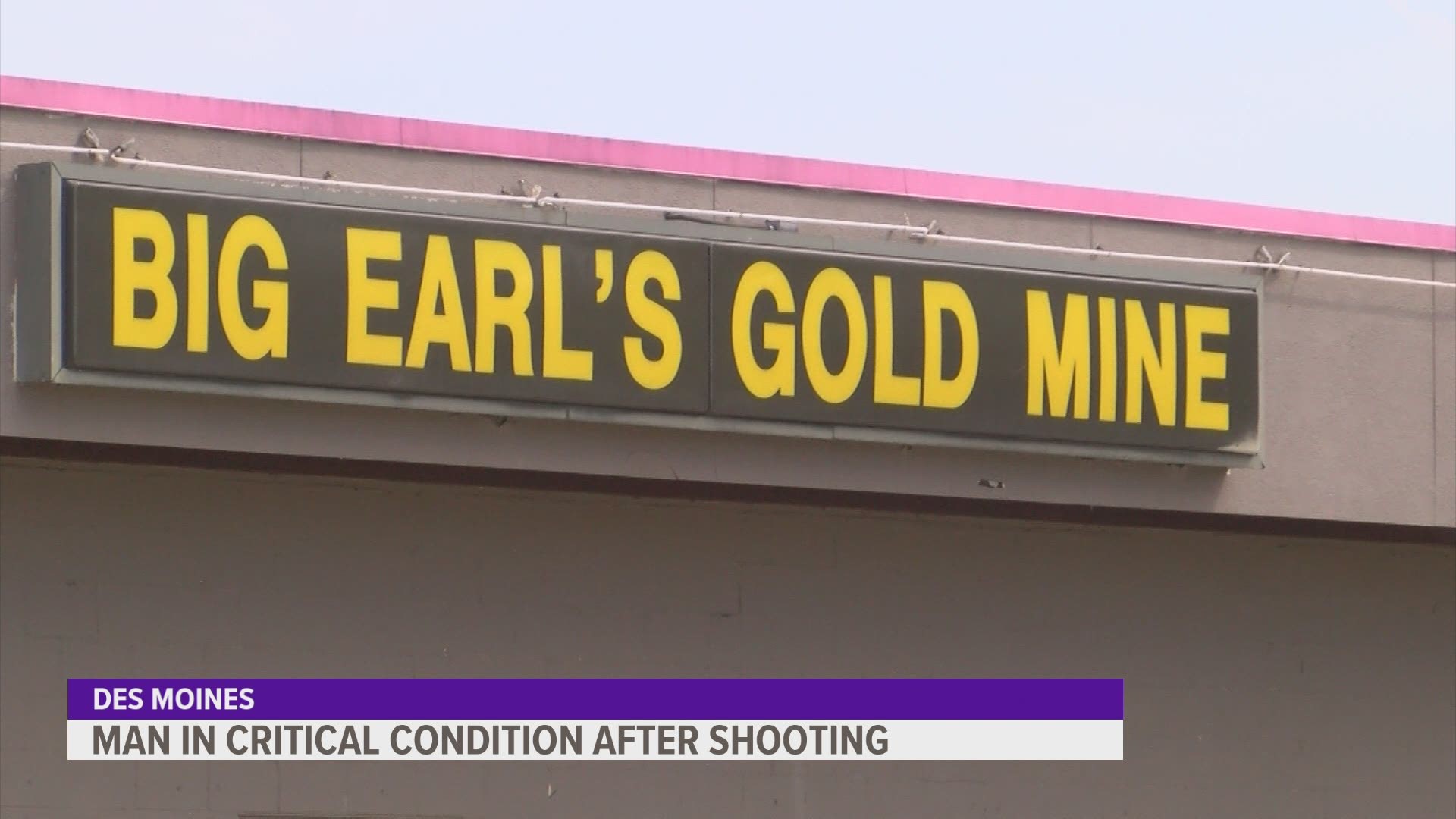 DES MOINES, Iowa — A Des Moines man is in critical condition after he was shot at the Big Earl's Gold Mine in Des Moines.

The victim is 30-year-old Derrick Glenn Smith.  He suffered one gunshot wound.  An ambulance took him to a local hospital.

The sheriff's office is asking for that anyone who was at the adult entertainment venue on Sunday morning to come forward.