Leo Kelly, a second Iowa man charged in the insurrection, has been ordered released. He cannot travel outside the Northern District of Iowa. 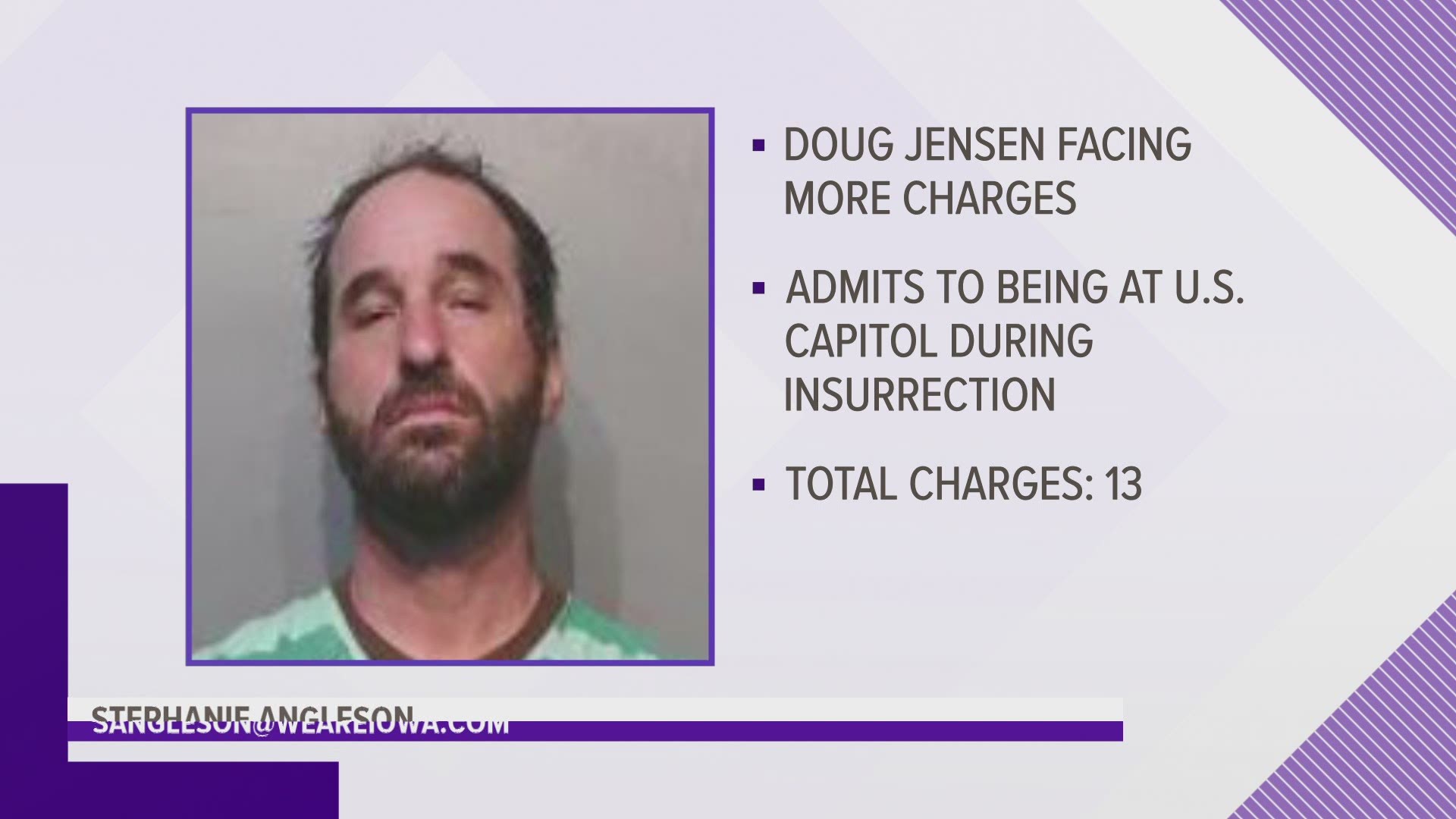 WASHINGTON — EDITOR'S NOTE: A previous version of this story listed 13 total charges for Jensen. But because the newer indictment was superseding, the seven new charges replaced the six original charges.

A Des Moines man is facing seven federal charges following the deadly Jan. 6 insurrection at the U.S. Capitol, according to a superseding indictment filed in federal court.

Doug Jensen has been charged with disorderly conduct and resisting Capitol Police Officer Eugene Goodman, among other federal charges.

"[Jensen] did unlawfully and knowingly enter and remain in a restricted building and grounds, that is, any posted, cordoned-off, and otherwise restricted area within the United States Capitol and its grounds, where the Vice President and Vice President-elect were temporarily visiting," the newest indictment reads.

According to prosecutors, Jensen "did use and carry" a knife as he invaded the Capitol Building. He is also accused of interfering with official government business, as Congress was in the middle of certifying Joe Biden as the winner of the 2020 presidential election.

An arraignment and detention hearing in Jensen's case is scheduled for Feb. 23.

Leo Kelly, a second Iowa man charged in the Capitol riots, was ordered released from custody Tuesday but cannot travel outside the Northern District of Iowa.

He is charged with the following:

Kelly has a court hearing scheduled for March 8.

Read the full, Feb. 10 indictment for Doug Jensen below

Read the original, Jan. 11 indictment for Jensen below