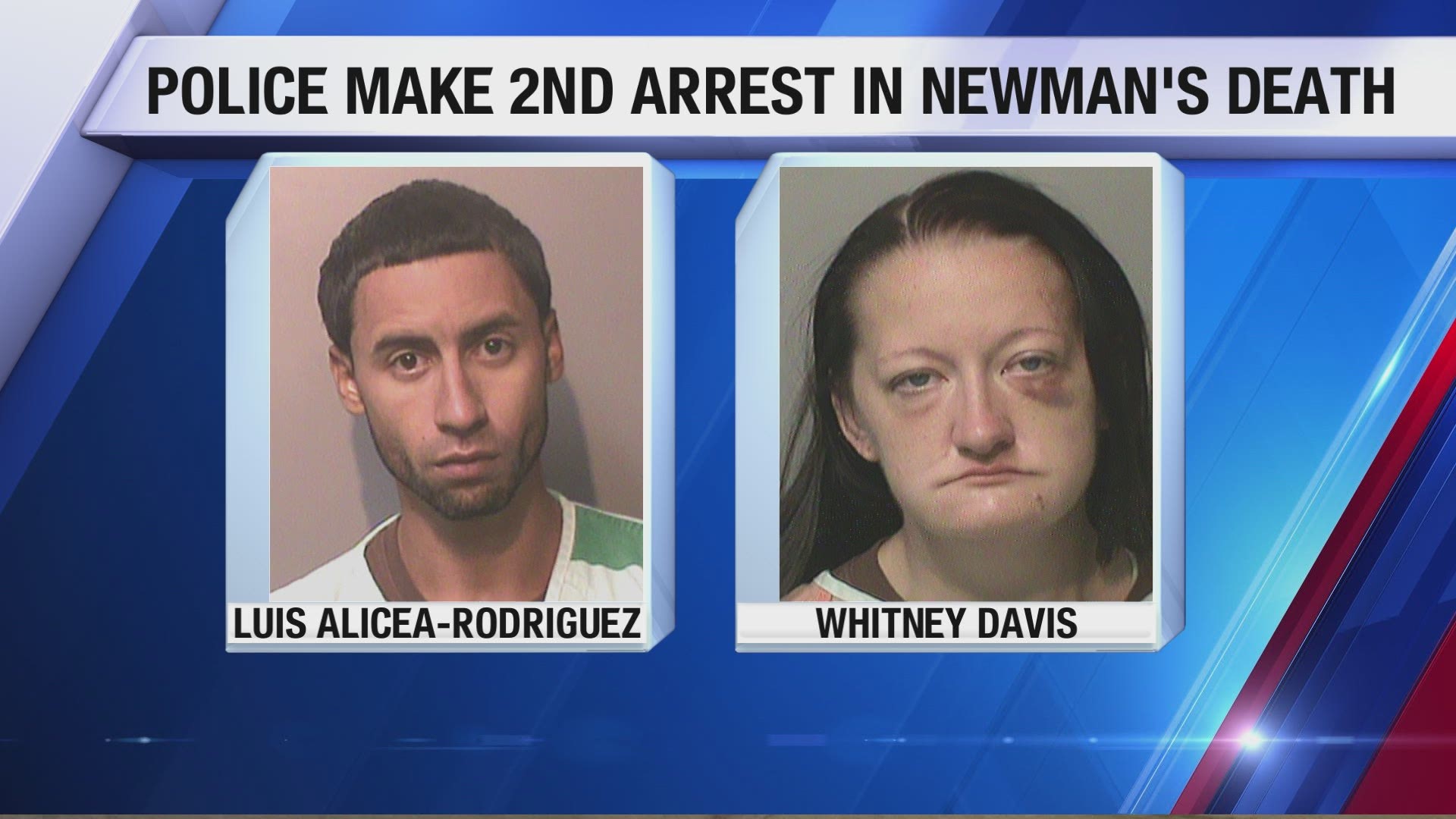 DES MOINES, Iowa — A new arrest has been made in the fatal shooting of 36-year-old Sean Newman.

According to Des Moines police, 27-year-old West Des Moines resident Luis Anibal  Alicea-Rodriguez is charged with Murder in the First Degree and Felon in Possession of A Firearm.

Officers responded to a call of a reported shooting around 2:30 p.m. on Sept. 2 in the 1300 block of 23rd Street. Once on scene, responders located the body of 36-year-old Sean Newman, who had suffered a gunshot wound.

33-year-old Whitney Davis was arrested the following morning and charged with Murder in the First Degree. Her charge stands and she remains in the Polk County Jail.

According to the Des Moines Police Department, as the investigation continued, detectives found new evidence that "identified inconsistencies in statements provided by a witness."

The evidence was sent to the Polk County Attorney's Office, who dropped the first-degree murder charge against Jacobs.

"Further investigation has yielded evidence that a witness identification of the defendant may have been mistaken," the Polk County Attorney's Office wrote in a motion to dismiss the charge.

RELATED: Looking for coronavirus numbers by zip code? It depends on the county