Des Moines man charged with murder in death of toddler

Brandon Davon Greenup, 28, is facing one charge of first-degree murder after the toddler was found unresponsive and taken to a local hospital on Tuesday. 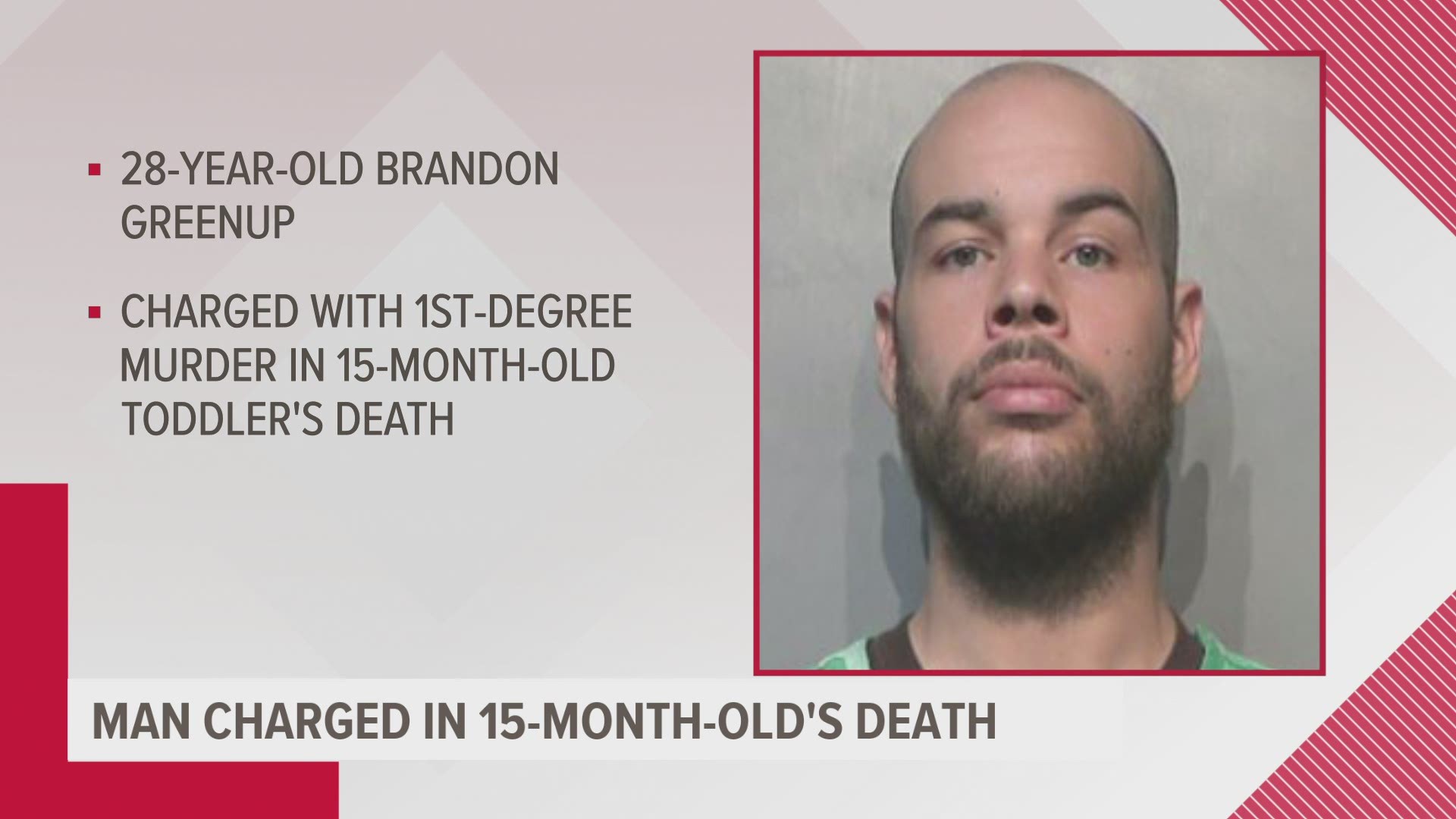 DES MOINES, Iowa — A Des Moines man has been charged with first-degree murder in the death of a 15-month-old toddler.

The toddler's mother has identified the child as Tremir Matthews.

Police said 28-year-old Brandon Davon Greenup was arrested Friday morning. He was booked into the Polk County Jail around 12:30 p.m. according to online jail records.

Police were called to MercyOne Des Moines Medical Center Tuesday to investigate the death of a toddler who had "apparently been deceased for some time".

Detectives discovered the child had been left in Greenup’s care on Monday night while the child’s mother went to work, according to a Des Moines Police Department release.

Greenup did not seek medical attention, the release adds.

Family members brought the child to the hospital, prompting the call to the police.

An autopsy showed trauma consistent with inflicted injuries that would require immediate medical attention. Detectives showed that evidence to the Polk County Attorney’s Office, and criminal charges were approved.

Greenup pleaded guilty to Domestic Assault Causing Bodily Injury, a serious misdemeanor, in January and had been on probation as part of a plea agreement.

He was originally charged with Domestic Abuse Assault - Impeding Air/Blood Flow and Harassment in the First Degree, both felonies, in the October 2020 case.

This is a developing story, and more information will be added as it becomes available.