Travis Conder served two tours in Iraq. He says the incident has brought back painful PTSD and $60,000 in medical bills. 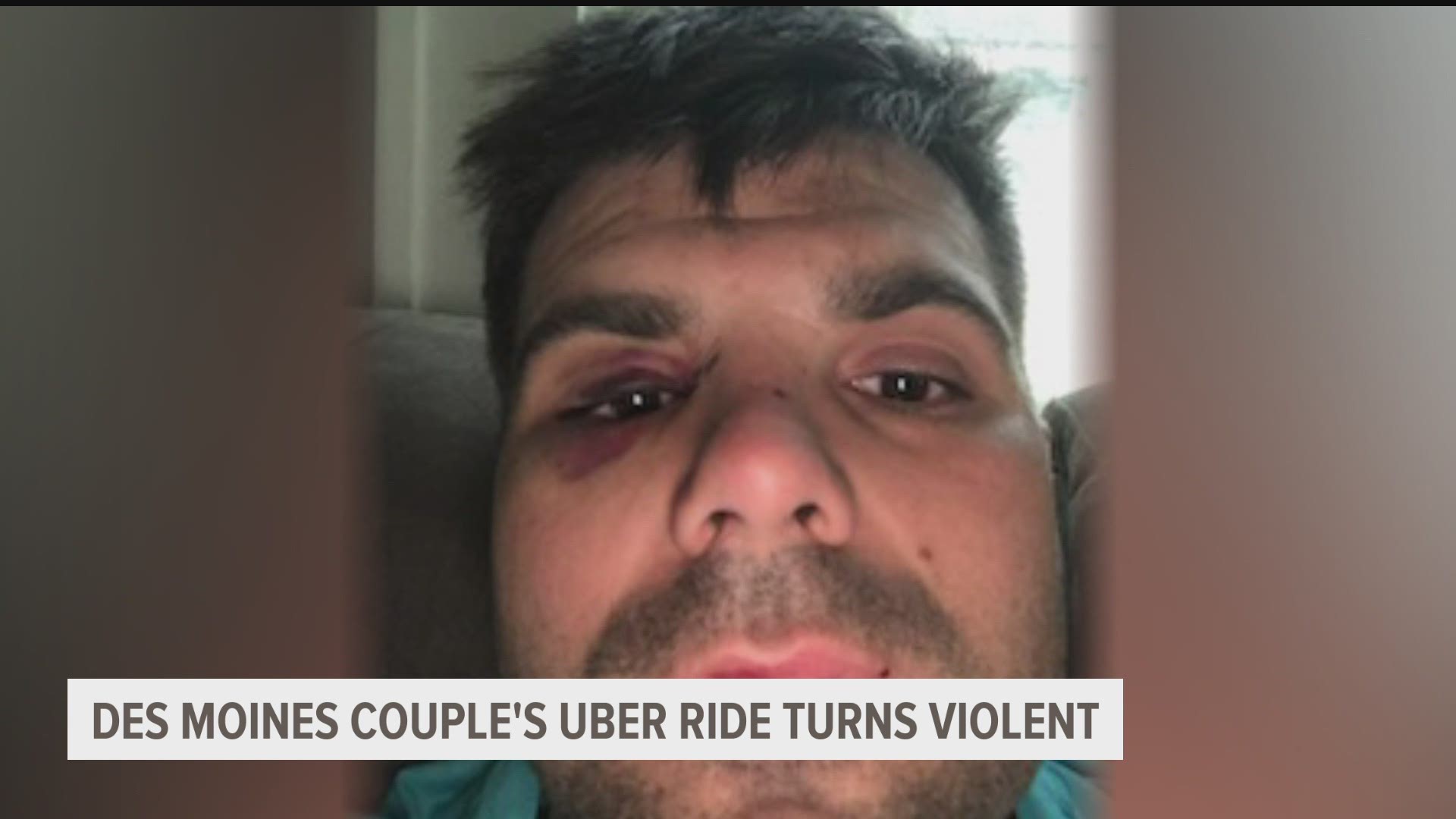 DES MOINES, Iowa — Travis Conder, of Des Moines, is now a father of a two-month-old son. But after injuries resulting from an assault last August, he worries he'll be unable to unable to be the father he hopes to be.

"I have long-term pain and suffering," said Conder. "I don't know if I'm going to get out to be able to play with my son. And I deserve to be compensated for that."

Conder's Uber driver assaulted him last August, following what Conder says was an argument over accidentally entering the wrong destination. Conder's fiancée (then serious girlfriend) Regan Wilson says she got out of the car, and Conder tried to cancel the ride so he could leave a negative review. When Conder left, City security video caught the driver following Conder out of the car and beating him up outside the vehicle.

In March, Saif Aldulaimy pleaded guilty to assault causing bodily injury. A criminal complaint says Aldulaimy head-butted Conder outside the vehicle in the early hours of August 4, 2019. Aldulaimy then punched Conder as he laid on the ground. It was caught on video by nearby security cameras and bystanders.

Conder spent the next day having surgery in the hospital, when he was supposed to be at the wedding of Wilson's brother.

Though Aldulaimy pleaded guilty in the criminal case, Conder says Uber has taken no responsibility.

Now, he has filed a lawsuit against the ride share company, in hopes that they'll take greater accountability for people left in similar situations.

"I wasn't expecting to still be in pain today from take an Uber that night, but here we are, and I am," said Conder.

Conder is a combat military veteran who served two tours in Iraq.

"I have PTSD, and I felt like I had a really good grasp on it but this incident certainly made it regress," Conder said.

In the civil suit against Uber, Conder alleges Uber makes numerous claims on the website saying that it makes safety its top priority. A response from Uber's lawyer alleges some of the safety promises are taken out of context.

"I would like damages. I would like money--it’s a lawsuit, and unfortunately businesses only respond to things that impact the bottom lines," Conder said. "That’s the only thing that will make the change happen. And as soon as it becomes more expensive for them not to make the change, then it is to make the change. Then the same things are going to continue to happen."

Neither Uber nor the attorney representing the company have responded to a request for comment.