Doug Jensen pleads not guilty to US Capitol riot charges, will remain in custody

A court filing says Jensen will remain in detention because he "poses a serious risk of danger to the community." He will not contest that request. 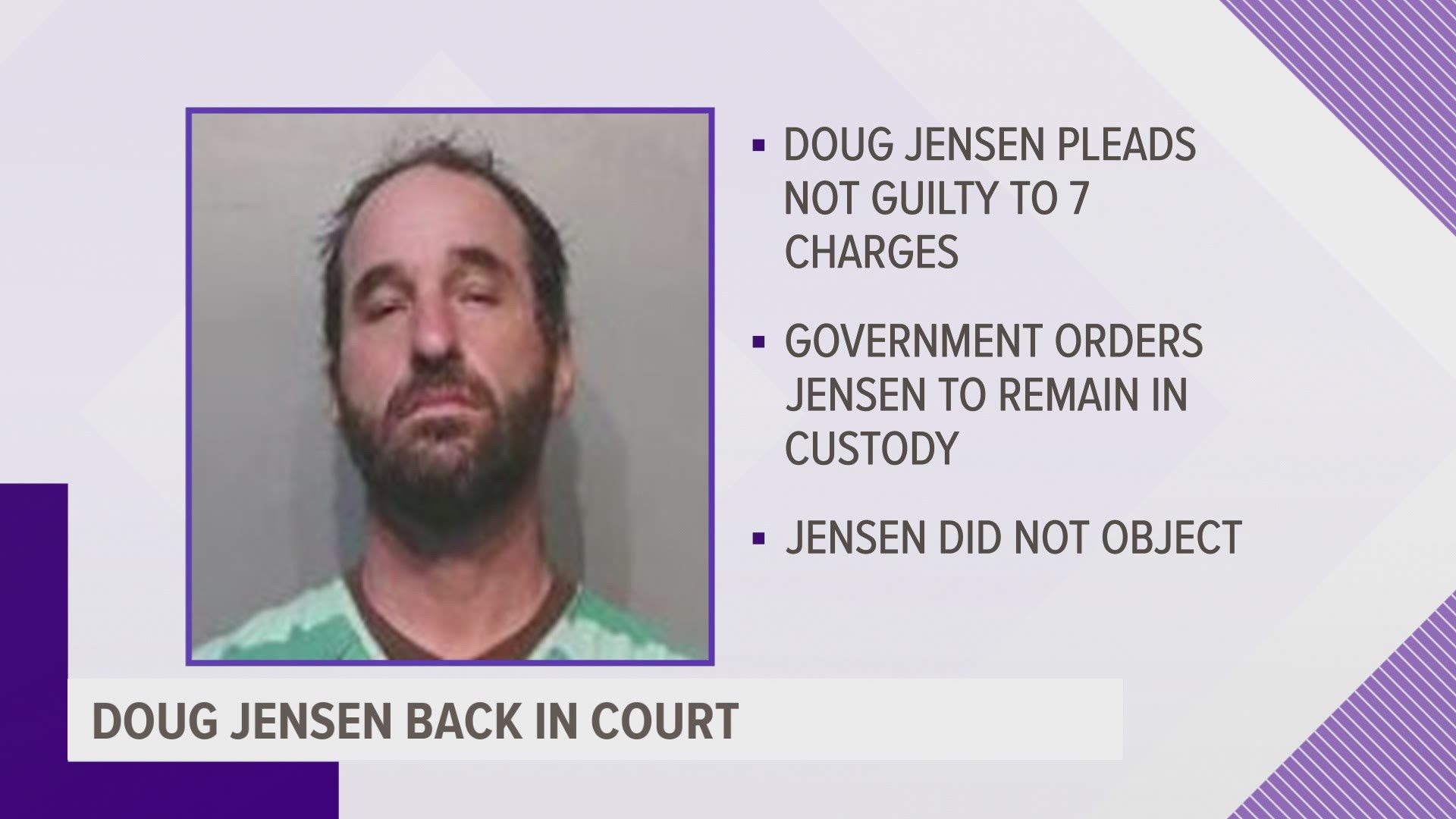 WASHINGTON, D.C., USA — The Des Moines man pictured chasing a Capitol Police officer during the deadly Jan. 6 insurrection has pleaded not guilty to the seven federal charges filed against him and will remain in custody.

A court document following Tuesday's detention hearing shows Jensen will remain in detention due to his history and characteristics. Jensen will not contest the detention.

The strength of the government's evidence is "overwhelming", according to the document.

"Mr. Jensen’s criminal history is not too serious, but includes four criminal convictions, including one for domestic assault," the document reads. "He did voluntarily contact law enforcement and submit to an interview about his conduct on January 6. But the government proffers that Mr. Jensen’s actions that day were motivated by conspiracy theories that, in Mr. Jensen’s words, led him to be 'all about a revolution' against the lawful government of the United States."

Jensen allegedly told law enforcement that he believed in preventing the election of now-President Joe Biden from being certified by Congress, according to the document.

The document says Jensen did tell law enforcement that he was present at the Capitol to participate in an event "he thought would result in the arrest of Members of Congress and Vice President Mike Pence."

"Although President Biden’s victory has now been certified by Congress and he has been sworn into office, at this point the Court has no basis to conclude that Mr. Jensen’s interest in “revolution” against the United States government and his willingness to use force to accomplish that goal have come to an end," the document says.

"Mr. Jensen poses a serious risk of danger to the community," the D.C. Circuit Court concluded.

Jensen will appear before the court virtually on March 25 at 10 a.m.

Three other Iowans have also been charged in connection to the riots.

Deborah Sandoval of Des Moines and her son Salvador Sandoval Jr. of Ankeny were both charged on multiple counts for their involvement. They have since been released from custody pending further proceedings.

Leo Kelly of Cedar Rapids was ordered released from custody in January pending trial but cannot travel outside the Northern District of Iowa.