Drive-by shooting near school under investigation in Des Moines Saturday

Officers said the call came in near East 15th Street and Garfield Avenue. 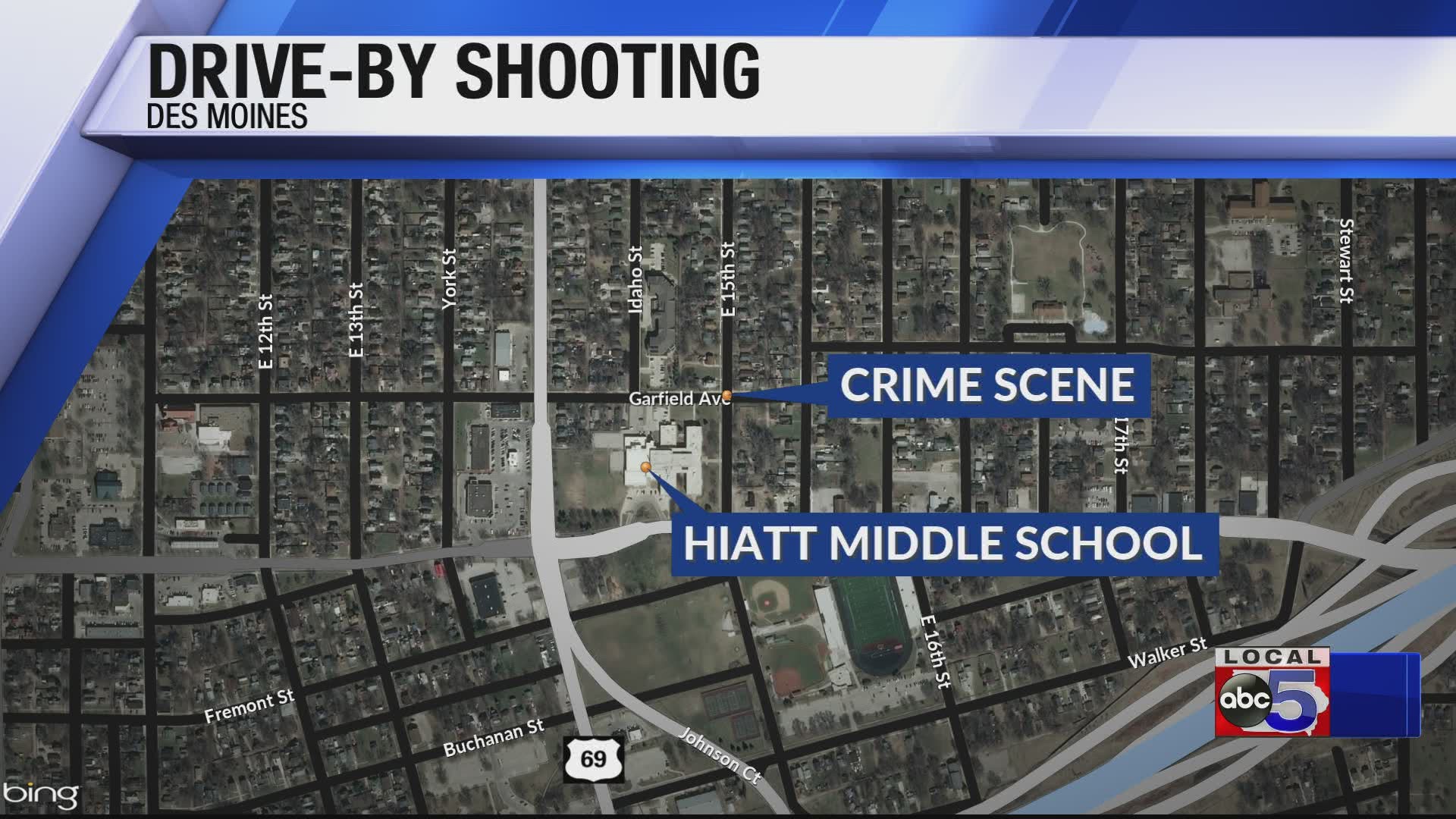 DES MOINES, Iowa — A drive-by shooting is being investigated in Des Moines Saturday afternoon near a school.

It happened near East 15th Street and Garfield Avenue, near Hiatt Middle School.

Details are slim, but a victim told Des Moines police a car pulled up to him and shot at him. Nobody was hurt, officers said.

Police tell us the shooting doesn't appear to be random.

Officers said they found at least one shell casing. No arrests have been made.

Stay with Local 5 on this developing story.

RELATED: Arrest made in Tuesday's deadly shooting at Prospect Park