FBI: Tip led to arrests of Iowa mother and son in US Capitol attack

Court documents say social media posts and surveillance video at the Capitol confirmed that Deborah Sandoval and Salvador Sandoval Jr. were part of the Jan. 6 mob. 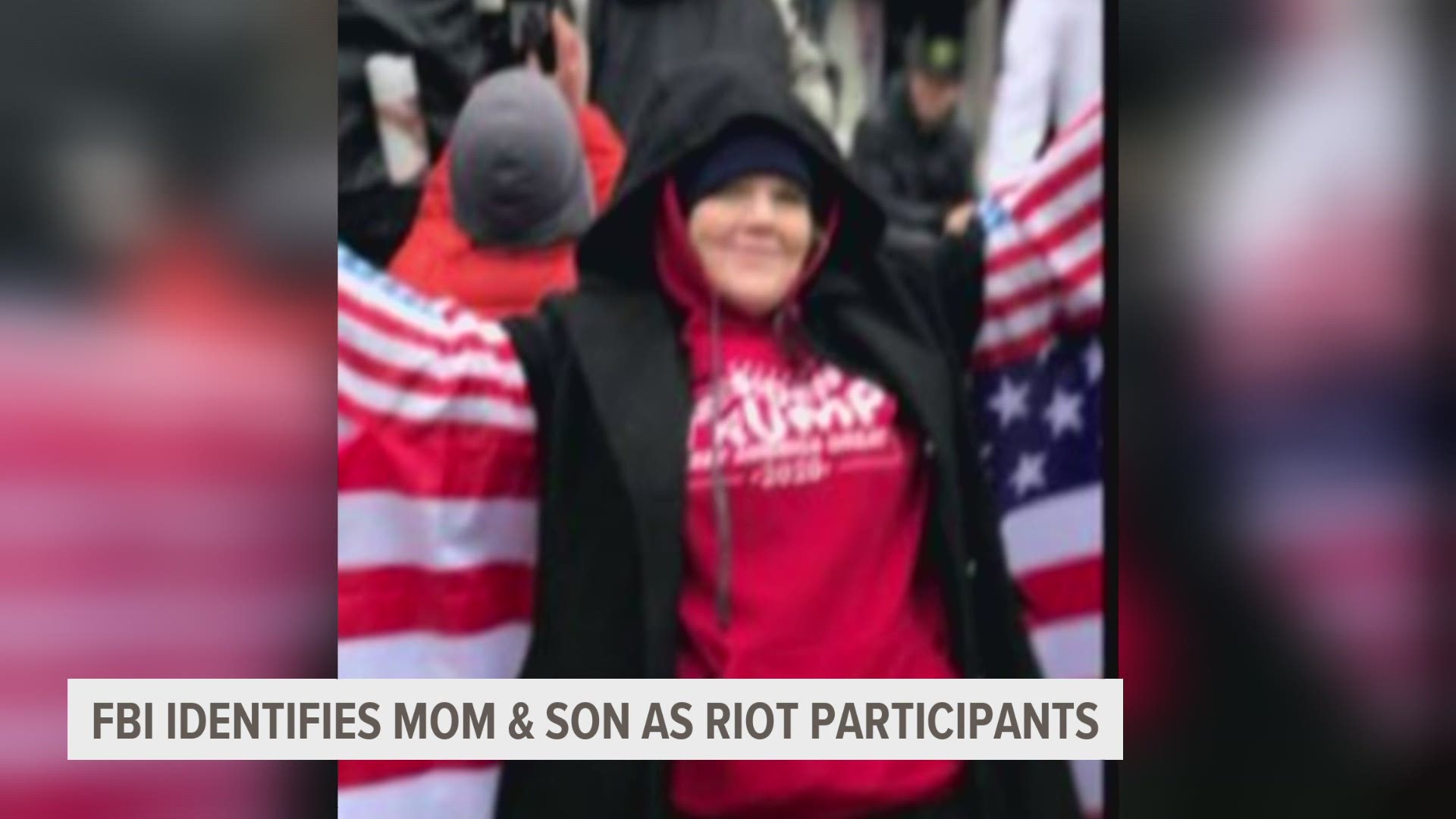 IOWA CITY, Iowa — The FBI has identified an Iowa woman and her adult son as participants in the Jan. 6 riot at the U.S. Capitol after a tip from a longtime family acquaintance.

An FBI agent says in a court document that videos posted to social media and surveillance video at the Capitol also confirmed that Deborah Sandoval and Salvador Sandoval Jr. were part of the mob.

The affidavit describes surveillance video showing 23-year-old Salvador Sandoval pushing two officers with the Metropolitan Police Department and trying to grab the shield of a third.

One witness has known Deborah for over a decade and "routinely communicates" with her, the FBI said in a statement of facts filing.

"[Deborah] stated that she intended to travel to Washington, D.C. on January 5 and to return on January 7," the document reads. "She also stated that “This is history in the making Saving America.'"

A second witness received a video from Sandoval stating he was inside the Capitol and "got pepper sprayed in the face and mouth .. Got out cause I could hear a break, and there's still people inside," according to the FBI.

The FBI then compared photos posted to social media with the Capitol's Closed Circuit Television footage to confirm their identities.

The mother and son were arrested on Friday in Des Moines and have been released from custody pending further proceedings.

Deborah Sandoval has been charged with:

Salvador Sandoval Jr.'s has been charged with:

Two other Iowans, Doug Jensen and Leo Kelly, have also been charged in connection to the insurrection.