Mother and son from Iowa arrested, charged in US Capitol riot 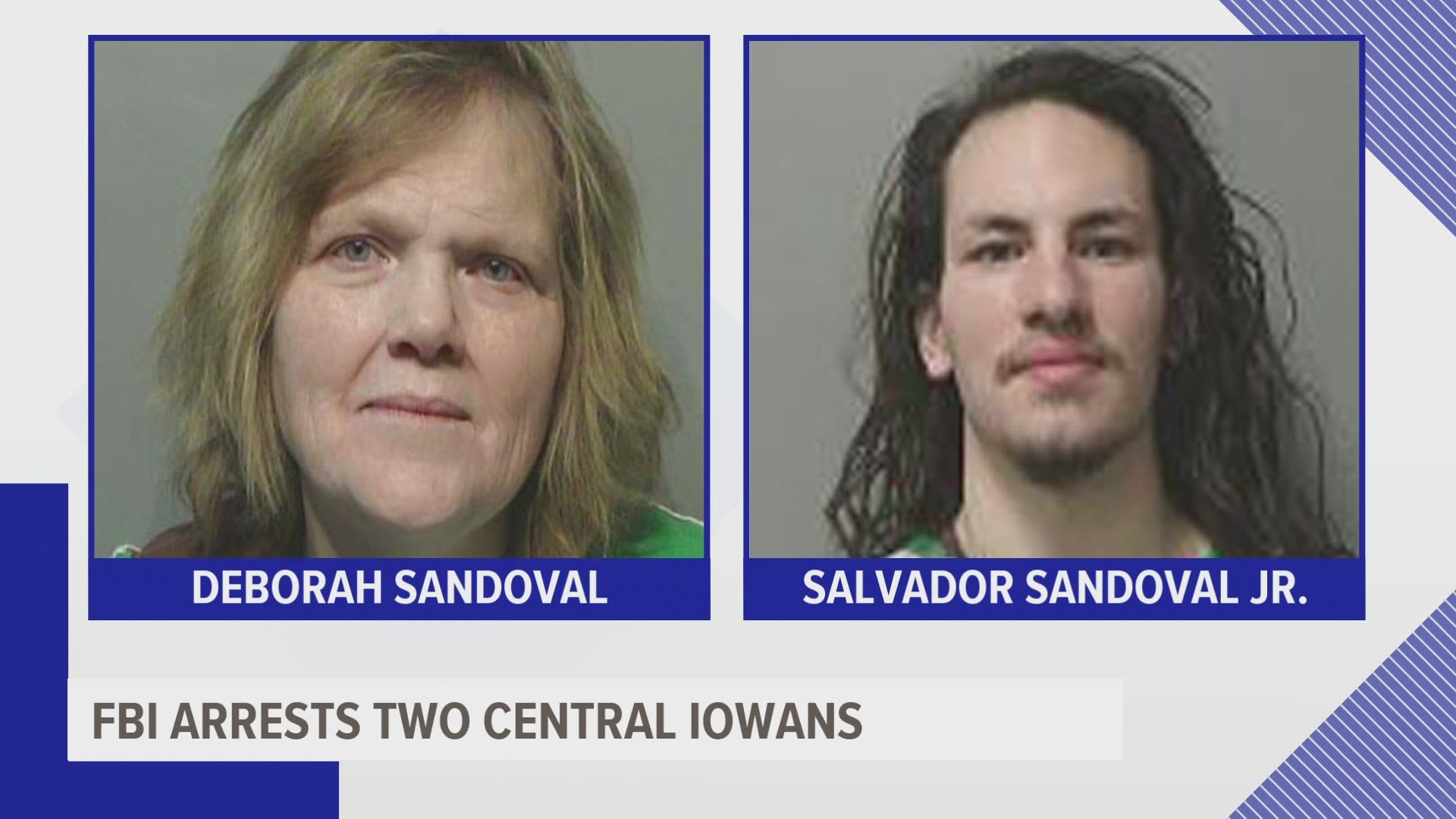 DES MOINES, Iowa — A mother and son from Iowa have been arrested and charged in connection to the Jan. 6 U.S. Capitol insurrection, according to the Federal Bureau of Investigation Omaha Office.

Deborah Sandoval of Des Moines and her son, Salvador Sandoval Jr. of Ankeny, were arrested on federal warrants by FBI agents Friday. Both face federal charges.

Both made their initial appearance in the Southern District of Iowa on Friday afternoon.

In total, four Iowans have been charged with crimes related to the deadly riots.

Doug Jensen of Des Moines was indicted Tuesday on seven more charges for, bringing his total to 13.

Leo Kelly of Cedar Rapids was ordered to be released from custody on Tuesday, but he can't travel outside the Northern District of Iowa. He faces two charges.