22-year-old Jamedia Hines was found on September 5, 1987, behind a multi-family apartment building at 1700 Oakland Avenue in Des Moines. 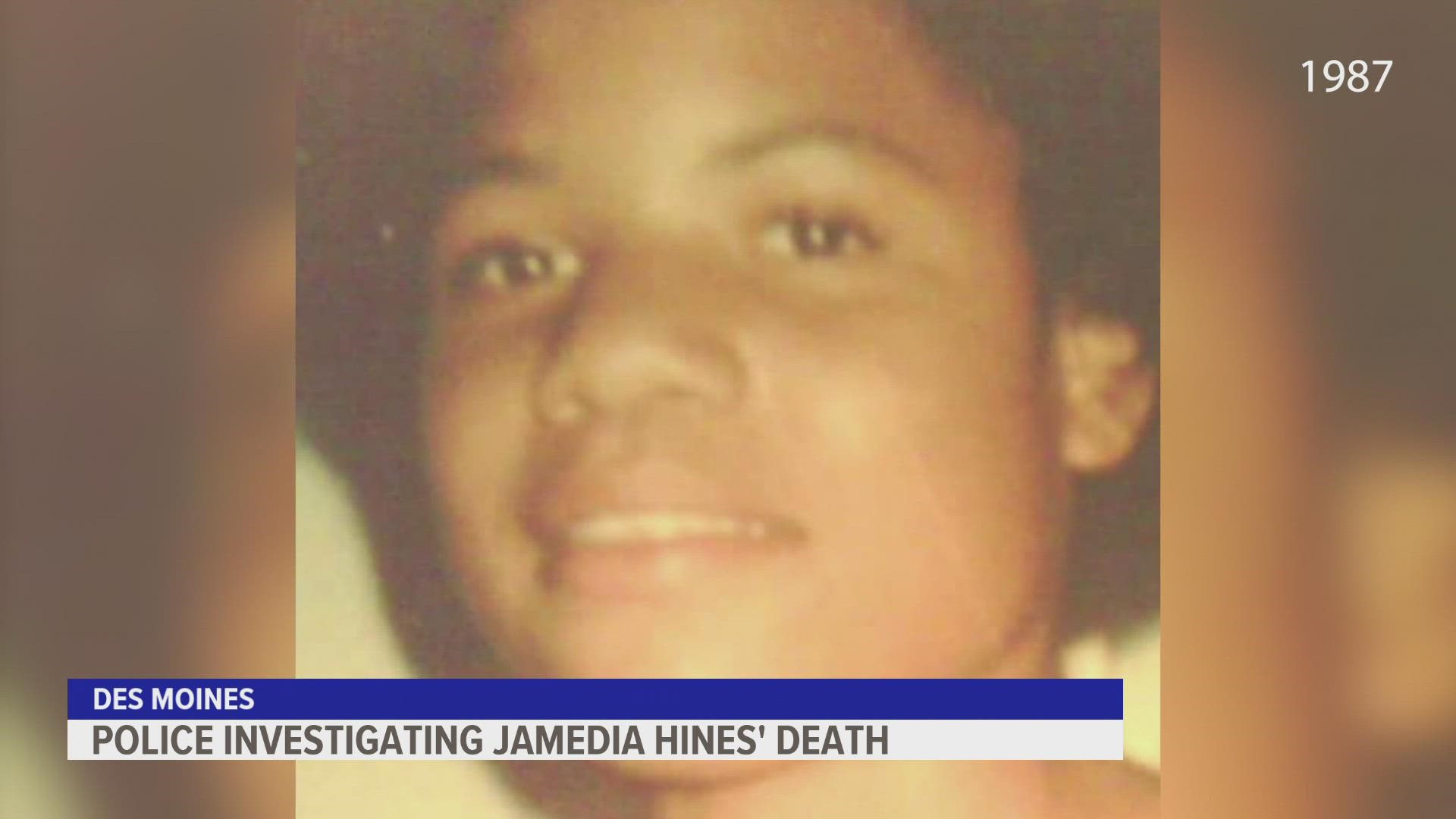 DES MOINES, Iowa — Des Moines police may have a new lead they're pursuing in the homicide of 22-year-old Jamedia Hines.

She was found dead behind a multi-family apartment building at 1700 Oakland Avenue in Des Moines on September 5, 1987. Autopsy results said she was strangled and beaten, according to police.

"These cases are never closed, they've caught the name 'cold cases,' but that's usually a reference to what's coming into us, not the efforts being put into the case," said Sgt. Paul Parizek with the Des Moines Police Department.

The next steps are re-examining the evidence and returning to the Oakland Avenue neighborhood to talk to those who lived there at the time of Hines' death. They do have a list of potential suspects they plan to revisit.

34 years ago, a 22-year-old mother of three left her home and never returned. Jamedia Hines was murdered in the Riverbend neighborhood on Sept. 5th, 1987. Detectives followed leads until the mid-90's, when the case became cold. Jamedia's family and friends have never stopped searching for answers. DMPD is taking another look at this case, and we need the community's help. If you know something, say something. It's long overdue... Here's a look inside the tape of the Jamedia Hines murder...

"The thing about cold cases is that it's a heavy load to carry," said Parizek, "not just for the families and the friends, but it's also a heavy load for those who have knowledge of the crime to carry and what we find is as things go on, they want to clear their conscience and they need to make amends."

Police are urging anyone with information on her death to come forward.

RELATED: From cold cases, to recent disappearances: How Iowa maintains their database of missing persons

RELATED: Man charged with first-degree murder in death of 6-month-old in Iowa Falls