The Des Moines Police Department says Eliza L. Sackie, 17, has been charged with first-degree murder in the New Year's death of Josiah Woods. 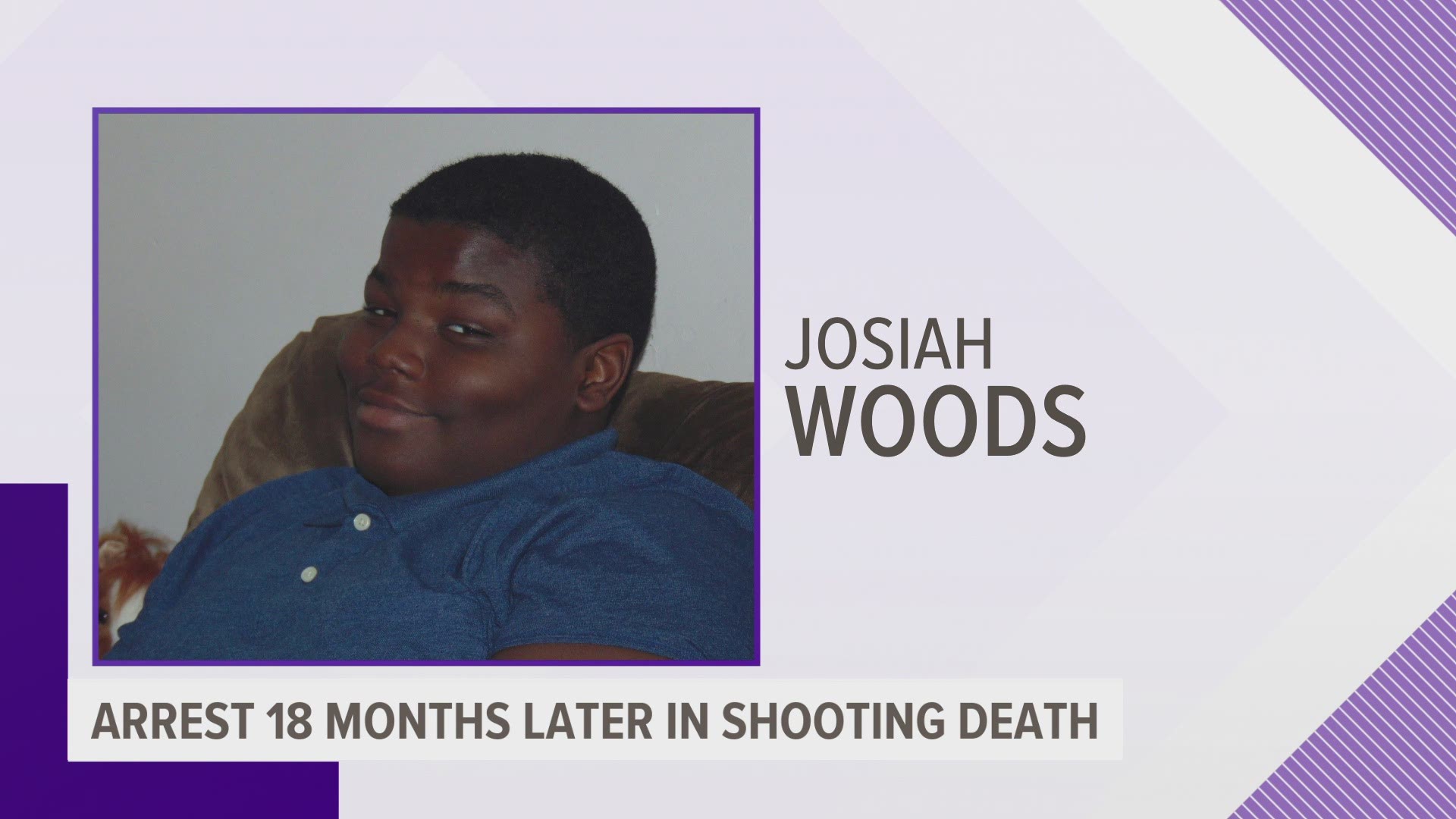 DES MOINES, Iowa — Monday, the Des Moines Police Department announced a 17-year-old girl has been arrested and charged with first-degree murder in the death of 14-year-old Josiah Woods, who was shot and killed on Jan. 1, 2020.

According to police, detectives learned through their investigation that Eliza L. Sackie of Des Moines and a group of her friends were involved in an altercation at a downtown hotel during the early morning hours of Jan. 1.

After the altercation, the groups involved left the area.

Around 3:50 a.m. is when Sackie allegedly drove herself and four other accomplices to an address in the 1400 block of 17th Street. Police said Sackie's friends, one armed with a handgun, walked from her car to the residence where others were gathered.

One of the group members fired several shots into the front porch of the residence where the other group had gathered, according to police. Sackie's friends returned to the car and then drove away from the scene.

The investigation continues and police say additional arrests are expected.

Local 5 reached out to Bishop Ron Woods, Josiah's dad, about the arrest.

“We see this as a first step towards justice being served. We’re hoping for a speedy trial with a positive outcome, and that the perpetrators will be off the streets,” Woods told Local 5.  “We’re thankful for the Des Moines Police Department and city officials that have helped us come to a place of closure.”