75-year-old Linda Kilbourne allegedly went onto someone else's property without permission before grabbing the homeowner's arm, according to criminal complaints. 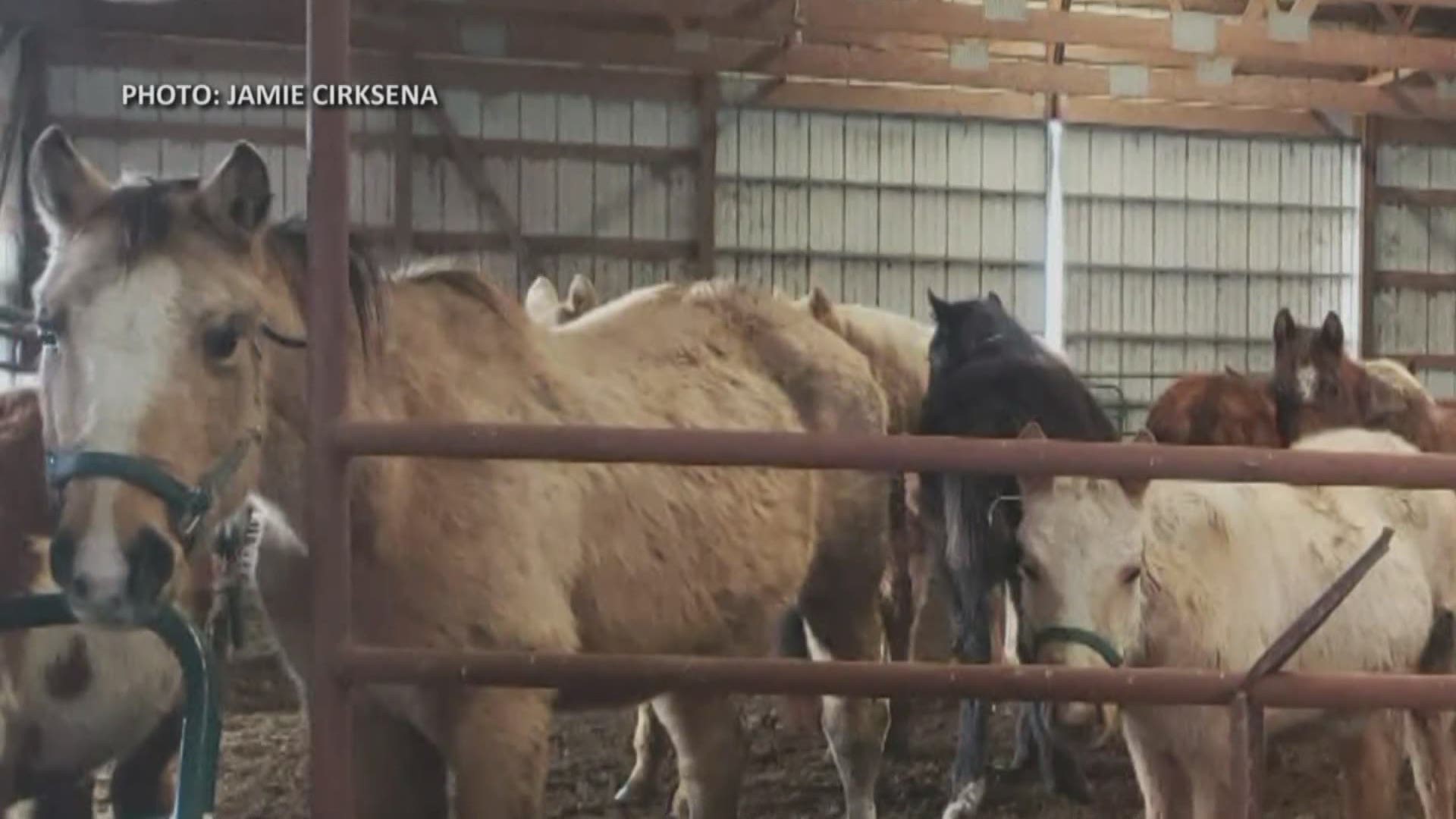 JOHNSTON, Iowa — A Johnston woman accused of improperly disposing dead horses is out of jail after being charged separately with trespassing and assault, according to the Dallas County Sheriff's Office.

Criminal complaints say Linda Kilbourne, 75, went on someone else's property in Madrid without permission last Wednesday around 4:50 p.m. The homeowner asked Kilbourne to leave several times, however, she refused.

That's when Kilbourne allegedly grabbed the homeowner's arm "with the intent to place the victim in fear and cause pain."

Kilbourne was charged with assault and trespassing for this incident.

According to the Dallas County Sheriff's Office, Kilbourne was booked at 6:30 p.m. that day and released at 10:14 a.m. the following Tuesday.

The Iowa Deptartment of Natural Resources opened an investigation into Kilbourne earlier this month after reports of horses being left to decompose in the field.

‘There is something wrong here’: More voice concerns about 60+ horses at Dallas County farm