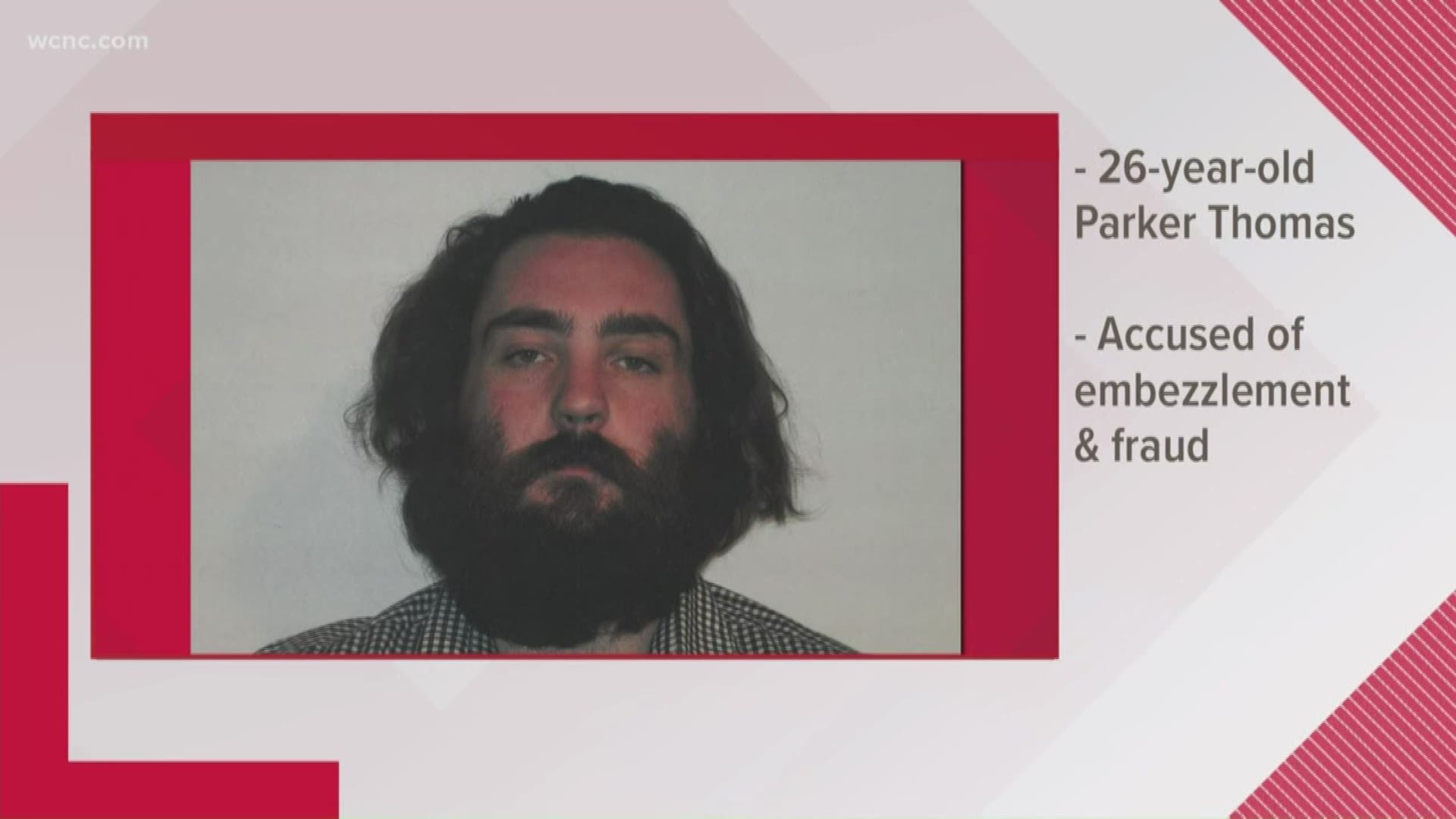 FORT MILL, S.C. — A man was accused of embezzling and scamming people out of thousands of dollars in Fort Mill, police said.

Parker Thomas, 26, took money from several people claiming he was starting a youth lacrosse team but never actually started the team and never paid them back, according to investigators.

Thomas was charged with five counts of breach of trust with fraudulent intent and three counts of embezzlement.