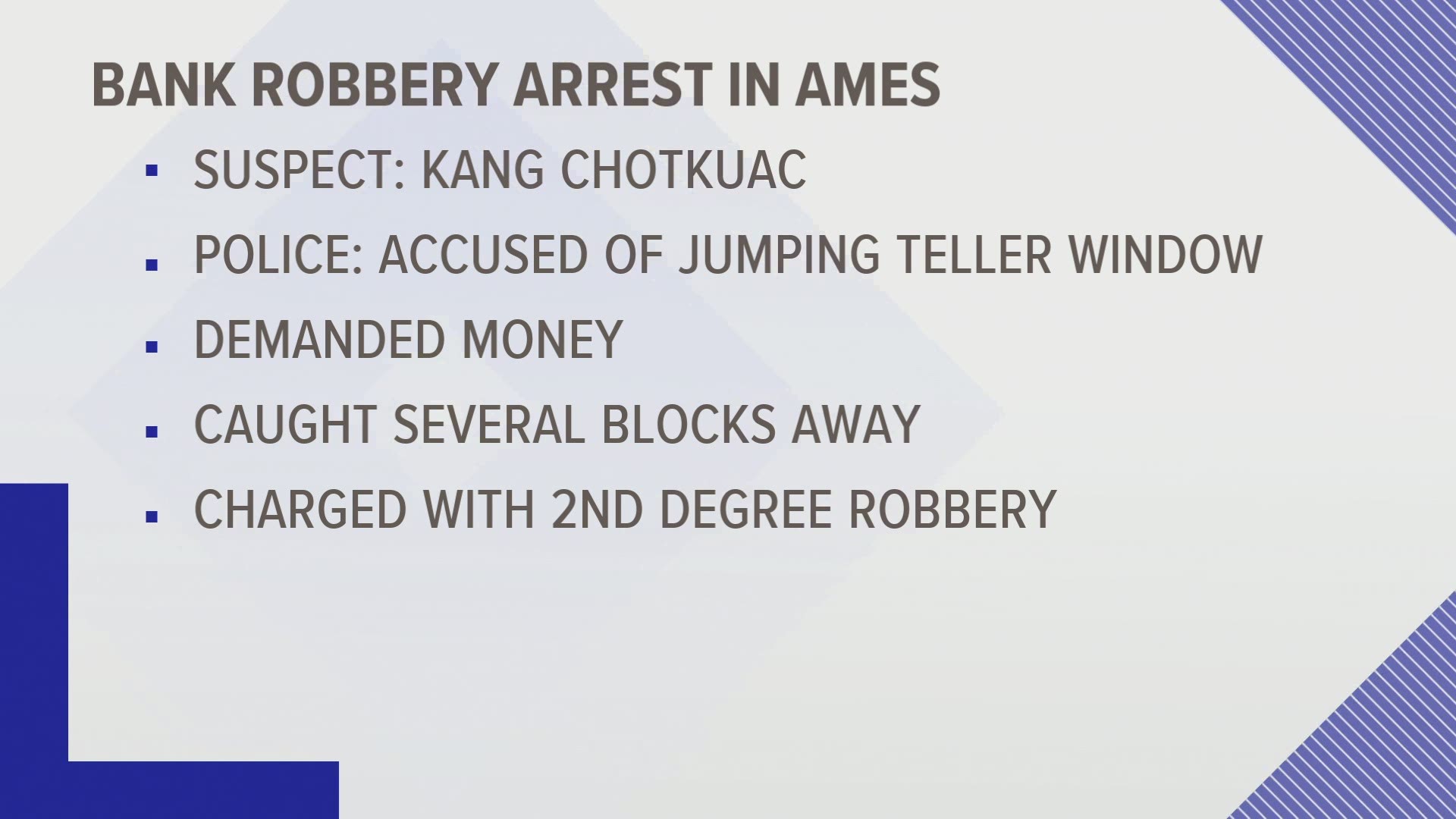 AMES, Iowa — Ames police say they arrested and charged a 24-year-old man with second-degree robbery Wednesday after he jumped over a teller counter at the First National Bank and demanded money.

Kang C. Chotkuac of Ames now faces a class C felony for the act, according to the Ames Police Department.

Employees reported Chotkuac entered the bank, jumped over the teller counter then demanded money from them, according to police.

The press release from the department doesn't say if Chotkuac had any weapons during the robbery. It also doesn't disclose how much money he stole.

Chotkuac then fled the bank and was apprehended several blocks away in a vehicle.