A former Marshalltown school employee accused of sexual exploitation was found dead in his Ames home, according to police and the district. 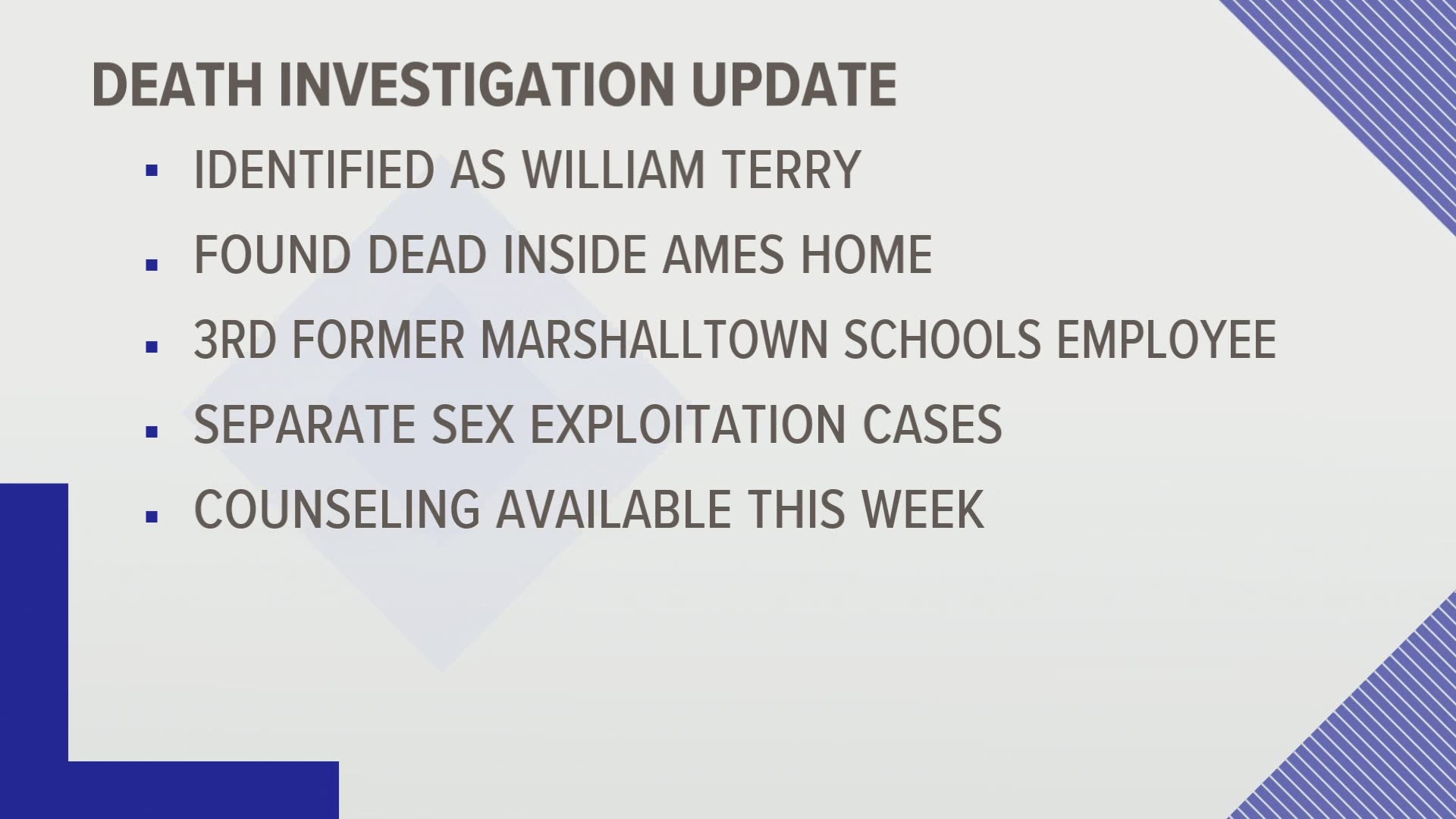 A sexual exploitation investigation into a school employee by Marshalltown police turned into a death investigation for Ames police after officers found a man dead from a self-inflicted gunshot Thursday, according to authorities.

It is not yet confirmed if this individual is linked to previous sexual exploitation cases involving the district from earlier this month. Local 5 has reached out to the Marshalltown Police Department for clarification.

The investigation into the employee, started on July 6 when police received allegations concerning sexual exploitation and inappropriate sexual contact between a former school employee and a former student, according to Marshalltown police.

The deceased was identified Monday as 47-year-old William E. Terry of Ames.

The employee had been working at the school at the same time the allegation occurred, police said.

On Thursday, Marshalltown police attempted to execute search and arrest warrants at 3715 Columbine Circle when they heard a gunshot come from inside the residence.

Once inside, Marshalltown police discovered a deceased man in the basement who appeared to have died by a self-inflicted gunshot.

Because the man lived in Ames, officers with the Ames Police Department will be investigating the death while Marshalltown officers continue their investigation into the sexual exploitation allegation.

The Marshalltown Community School District released a statement Friday about the death of the school employee, saying the safety of students is "the number one priority" for the district.

The district says counseling services will be available next Monday through Thursday for students and staff. More details will be sent directly to families and staff.