The jury told the judge Wednesday they remain "very far apart" on two counts related to the deaths of Rossibeth Flores Rordiguez's children. 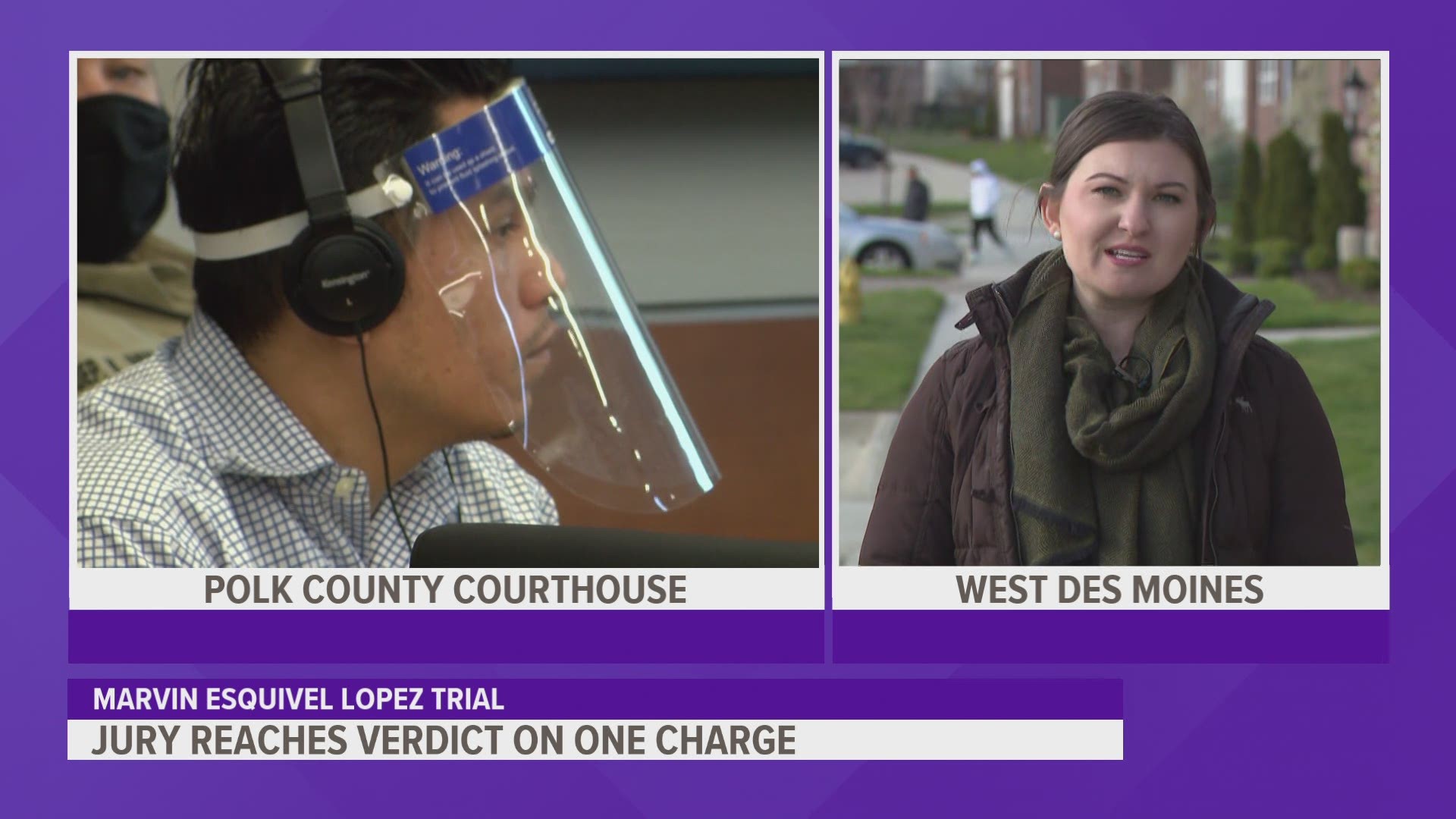 DES MOINES, Iowa — The jury in the Marvin Esquivel Lopez triple murder trial appears closer to finishing its deliberations, but told the judge Wednesday they are "very far apart" on two of the three charges.

Esquivel Lopez is charged with three counts of first-degree murder for allegedly killing Rossibeth Flores Rodriguez and her two children—5-year-old Ever and 11-year-old Daniela—in July 2019.

Jury deliberations started on Friday, and on Wednesday morning, the jury sent a note to Judge David Porter saying they had reached a unanimous verdict on the count related to Rossibeth but remained "very far apart" on charges related to the two children.

The judge asked the jury in response:

"Do you believe there exists a reasonable probability that continued deliberation will result in unanimous verdicts for Counts II and III?"

It is not yet known what the verdict on the murder charge related to Rossibeth is.

Jury appears to have a verdict on Count 1 in the Marvin Esquivel Lopez trial. However, they are "very far apart" on Counts 2 & 3. Here is the judge's question to the jury. Deliberations started Friday (https://t.co/ryBXEJZNac) #iacourts

More from this trial

During the trial, Esquivel Lopez has testified that Rossibeth killed the kids before he acted in self-defense and killed her. Mariah Esquivel Lopez, Marvin's wife, told the court she witnessed the killings.

The jury is set to reconvene Thursday morning.

Watch: What are the benefits, costs of a defendant testifying at trial?