Police: Man who left anti-LGBTQ notes on several Boone homes will be charged 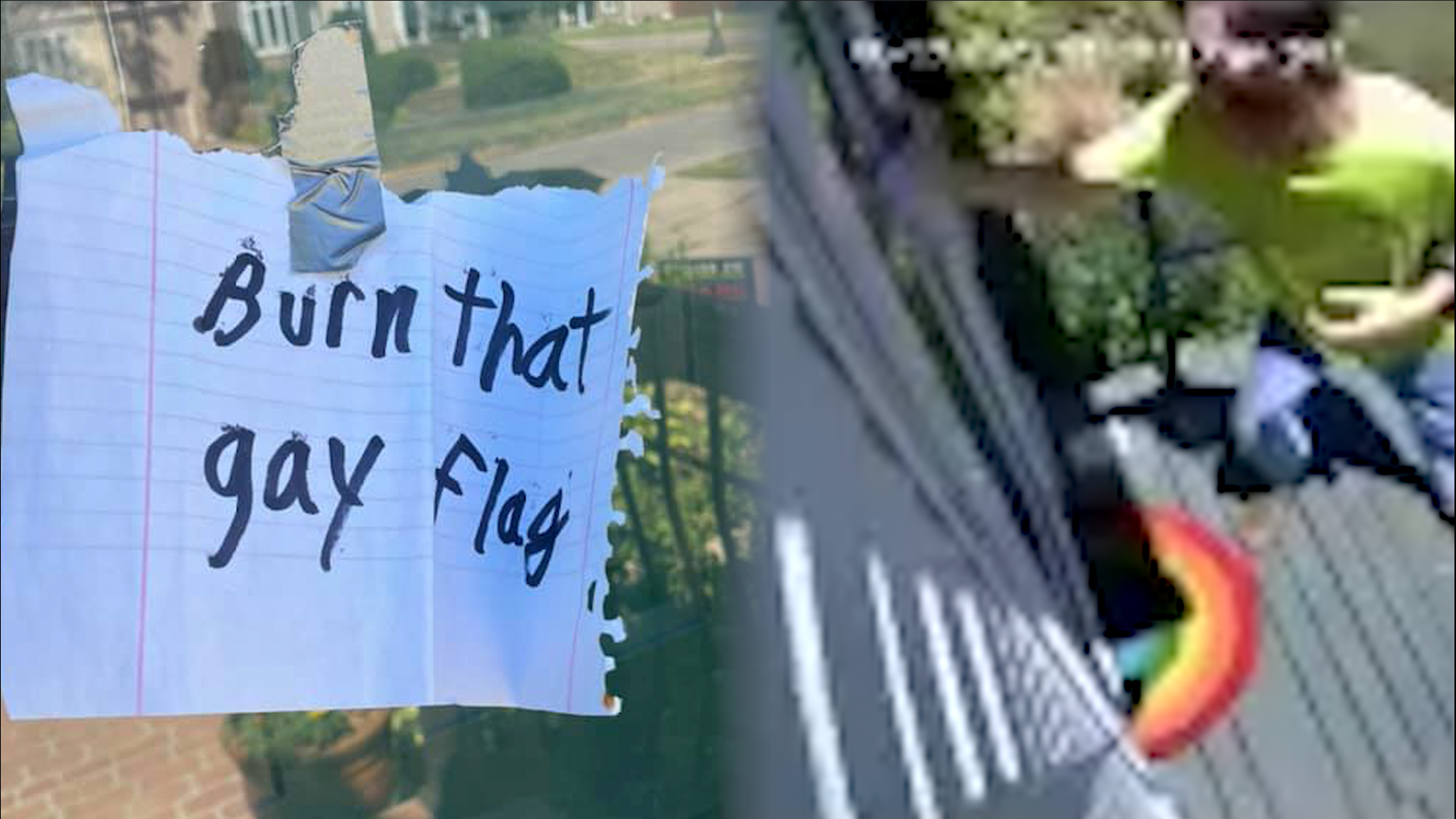 BOONE, Iowa — Sunday, Boone police said they plan to file charges against a suspect who left anti-LGBTQ notes on several homes across town that displayed Pride flags, signs, or doormats.

Lacey Northrup was one of the targets of the hateful notes.

"It really confused my little one and the kids in general," Northrup said. She said she wasn't surprised by the incident, but worries the harassment could worsen.

"My only fear is...they're just leaving a note now, but it could escalate...to doing damage to property and people," Northrup said.

Credit: WOI-TV
Lacey Northrup has a Pride flag on display to support her community members.

April Burch lives next-door. Saturday, her home didn't have a Pride flag on display, but it did have a sign that said "We believe...love is love." The suspect left the same note on her door. She said it scared her kid.

"When I came home, [my child] was pretty upset. He said that he was worried that someone was going to burn our house down," Burch said.

Instead of taking down her sign, Burch decided to make a purchase.

"We talked about it with our kids and decided that it was time to put up a big ol' Pride flag in the front of the house," Burch said.

Burch also rents a space at Paradox in Downtown Boone. That business also has several Pride flags displayed on the storefront. Wednesday, she said a vulgar note was left on the door of the business.

"We would like to see this person charged with a hate crime," said Thompson. "Because whether these folks were allies or actual members of the LGBTQ community, this person knew exactly what they were doing."

Police have not said when they plan to name a suspect or the charges.