The suspect, 49-year-old Dwaine Bauman, is being held at the Poweshiek County Jail. 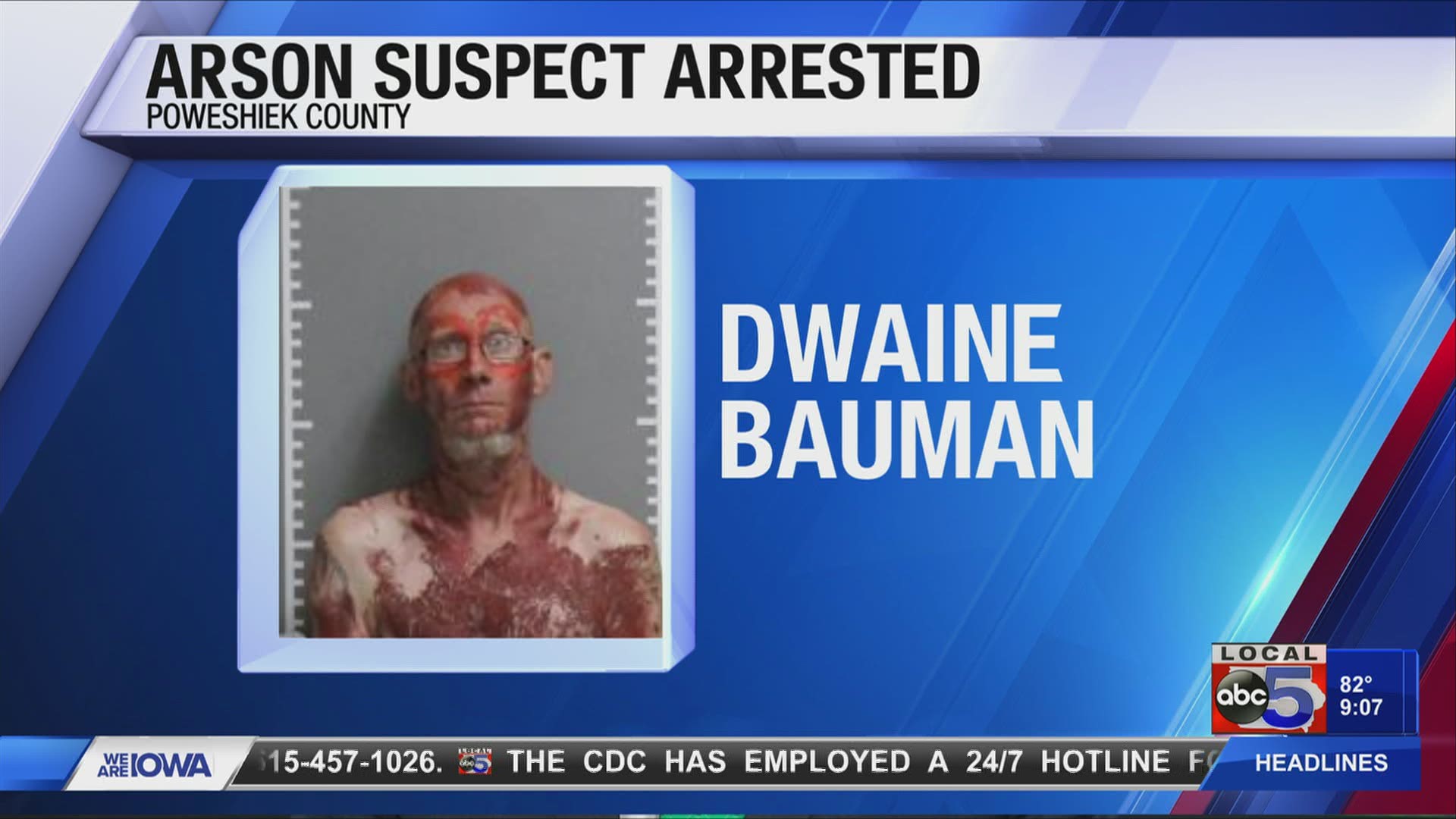 First responders were called to a home southeast of Grinnell around 1:20 p.m. Wednesday, after family remembers said 49-year-old Dwaine Bauman was acting strangely and armed with a gun.

Deputies said when they tried to reach out to Bauman, he became aggressive, beginning a standoff where he fired his weapon multiple times. They said nobody was hurt.

According to the Poweshiek County Sheriff's Office, Bauman then lit a home, barn, two vehicles and nearly 100 hay bales on fire, all of which were destroyed.

Bauman was later taken into custody, and is in the Poweshiek County Jail.

He is charged with three counts of Arson in the Second Degree and one count of Intimidation With a Dangerous Weapon.

RELATED: Arrest made in Tuesday's deadly shooting at Prospect Park