How to keep yourself from falling victim to scam calls

Scammers are calling people pretending to be local law enforcement officers and saying they will be arrested unless they send money. 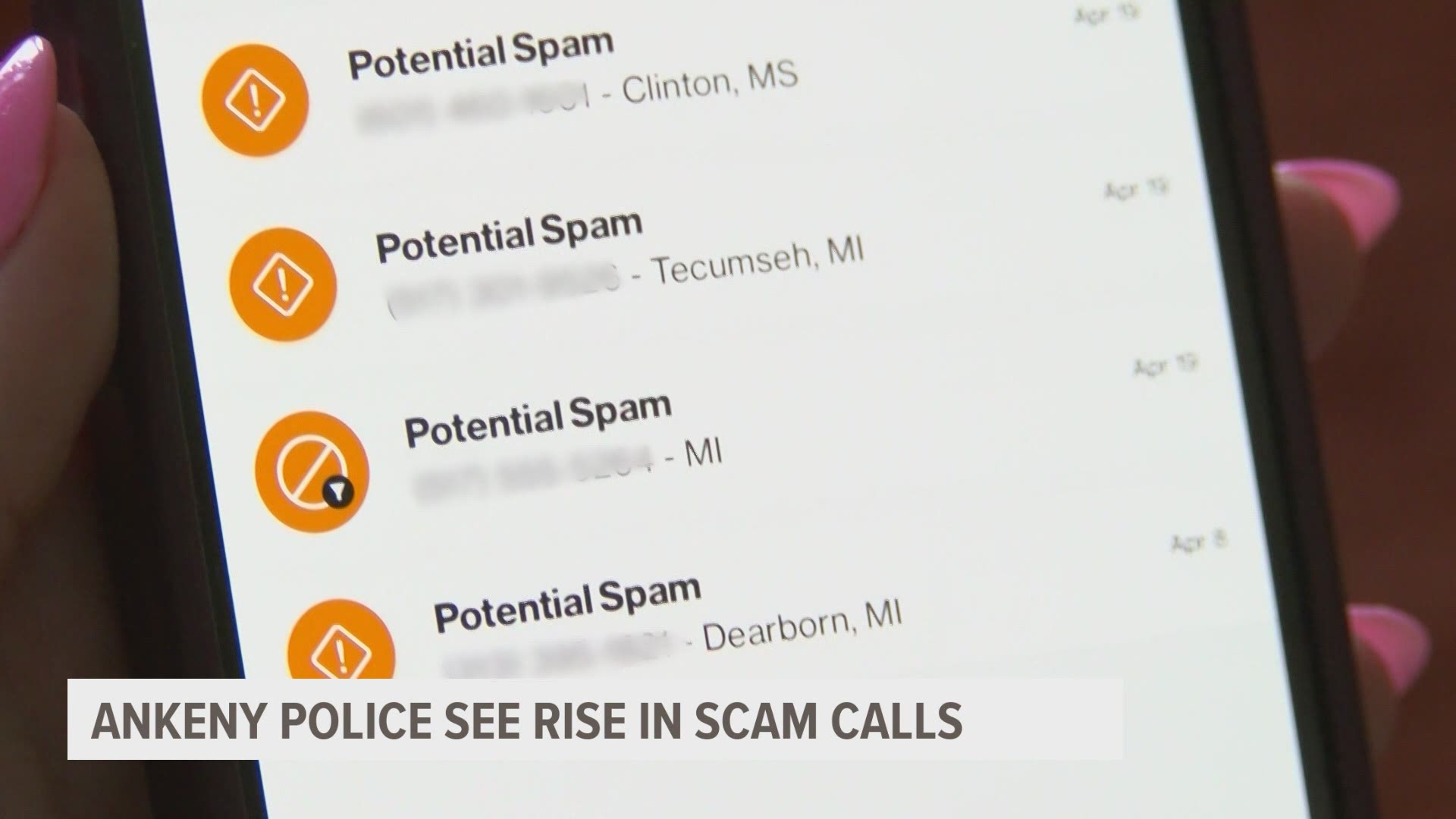 Scammers are calling people pretending to be local law enforcement officers and saying they will be arrested unless they send money.

At times, they’re even using real police officers’ names from the area to make their stories sound even more believable.

"They ask these people to go to a local store, buy a gift card and then call them back with the numbers on the back of the gift card,” Ankeny Police Sgt. Corey Schneden said.

Schneden has seen people of all ages, backgrounds and demographics get swindled out of money.

"People think the elderly and that but we've seen doctors and all kinds of people fall for it,” Schneden said.

Schneden said recently, there’s been an uptick in calls getting reported to the department.

That figure is likely an underestimate because some people are embarrassed to report the crime.

So how do you keep yourself from falling victim?

"[Law enforcement is] never going to ask for money or gift cards or personal information over the phone,” Schneden said.

Protect your information even at a place it may feel normal to give it out.

"If you go to a retail store and you go up and they ask you for your phone number and email address, that's not something I give out,” Schneden said. “That's one thing I do to keep myself safe."

If you fall victim yourself, report it immediately.

It’s the only way you might get some of your money back.

Unfortunately, though, once you give your money over, it’s usually gone in these cases.

"A lot of this is done overseas or they make it hard to track in some instances,” Schneden said.

If you get a call that sounds off or has someone on the other end asking for money or personal information, know you always have the option to ask questions.

Tell them you have to go, but you'll call them back.

Be sure not to call a number they provide you.

Search online for that police department's phone number and call the department back that way, otherwise, you may be calling a scammer back without knowing it.

So if someone is asking for urgent payment, that in itself is a red flag and another situation where you'd want to hang up and call that department back.