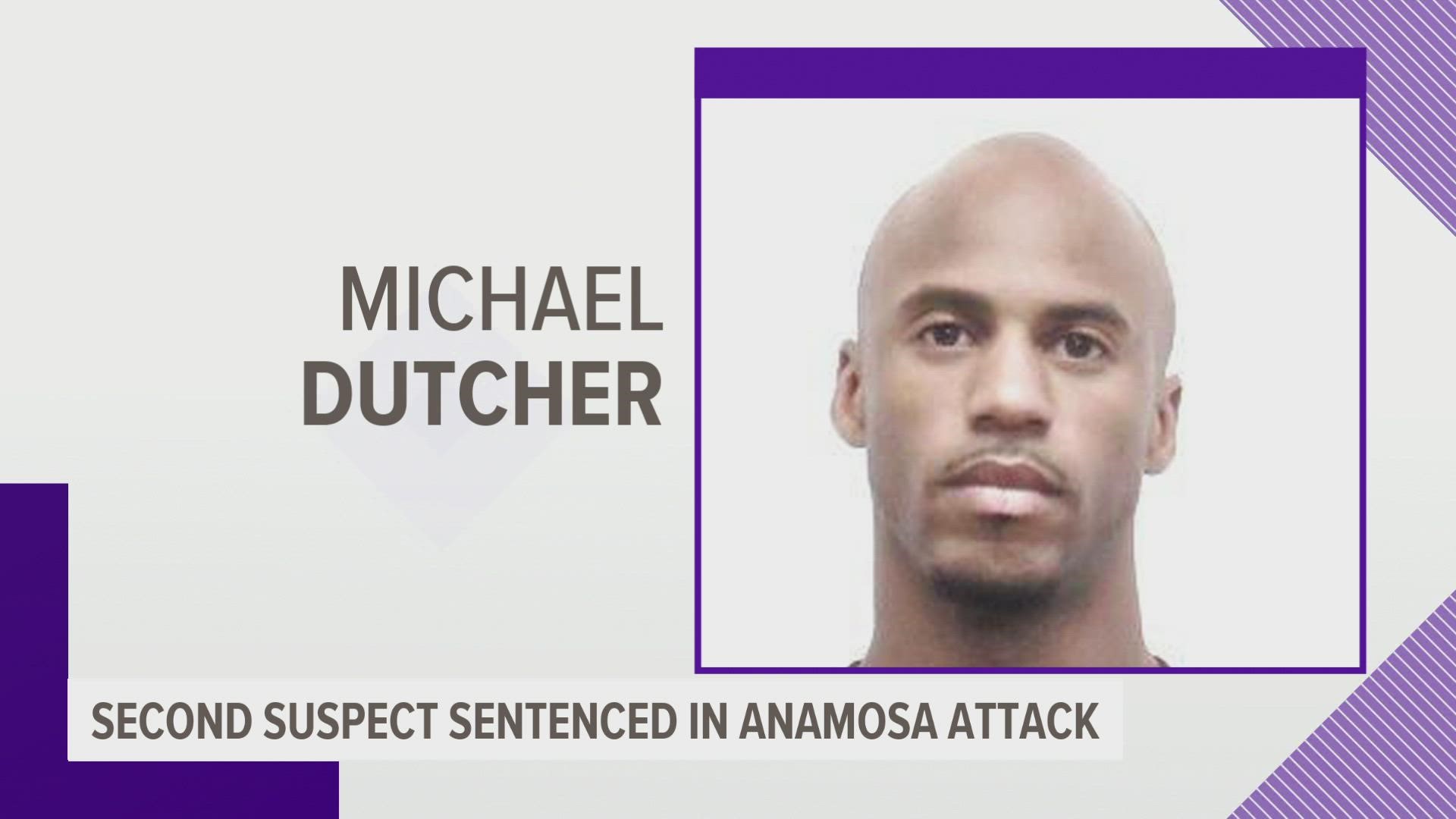 JONES COUNTY, Iowa — EDITOR'S NOTE: The above video is from March 2021

Dutcher pleaded guilty to two counts of first-degree murder, one count of second-degree kidnapping and one count of attempted murder. In addition to the life sentences, he received two consecutive 25-year terms for the final two charges.

Dutcher was also ordered to pay $150,000 each in restitution to the estates of Robert McFarland and Lorena Schulte. He will also have to pay restitution in unspecified amounts to McKinley Roby and Lori Mathis, two other victims who survived the attacks.

The plea allows him to serve his sentence in Missouri instead of Iowa, but he is not eligible for parole.

McFarland was working as a correctional officer and Schulte was working as a nurse at the time of the attacks. Both were killed when they tried to intervene as Dutcher was trying to escape the prison with another inmate, Thomas Woodard.

Woodard was also sentenced to consecutive terms of life in prison and ordered to pay $300,000 in total restitution last month.

Several of McFarland and Schulte's loved ones read victim impact statements in court Wednesday. McFarland's brother said both of the victims who were killed were working at Anamosa to help the inmates, not for the money.

"He was a hero in life and he died a hero," said McFarland's wife, Sara.

"The two of you may have taken his life, but you will never take away the good he did to the people in his life," McFarland's mother, Cathie, said. "We will survive and pass his memories on. I love you my son."

"We will always have an emptiness in our hearts and an eternal void in our lives," said Stephanie Schulte, Lorena's mother.

Dutcher originally had a bench trial set for Sept. 21, but changed his plea to guilty and waived his right to a 15-day wait between his plea and sentencing.

"When you grabbed me out of that hallway and forced me into the break room, you stole from me a part of my life that is now forever changed," Mathis wrote in a statement read on her behalf. "The complete lack of regard for others' lives was so apparent to me that day ... I do not feel you have one ounce of remorse."