"The cover-up was extensive," the report says. "Again, Iowa is not different from the rest of the country." 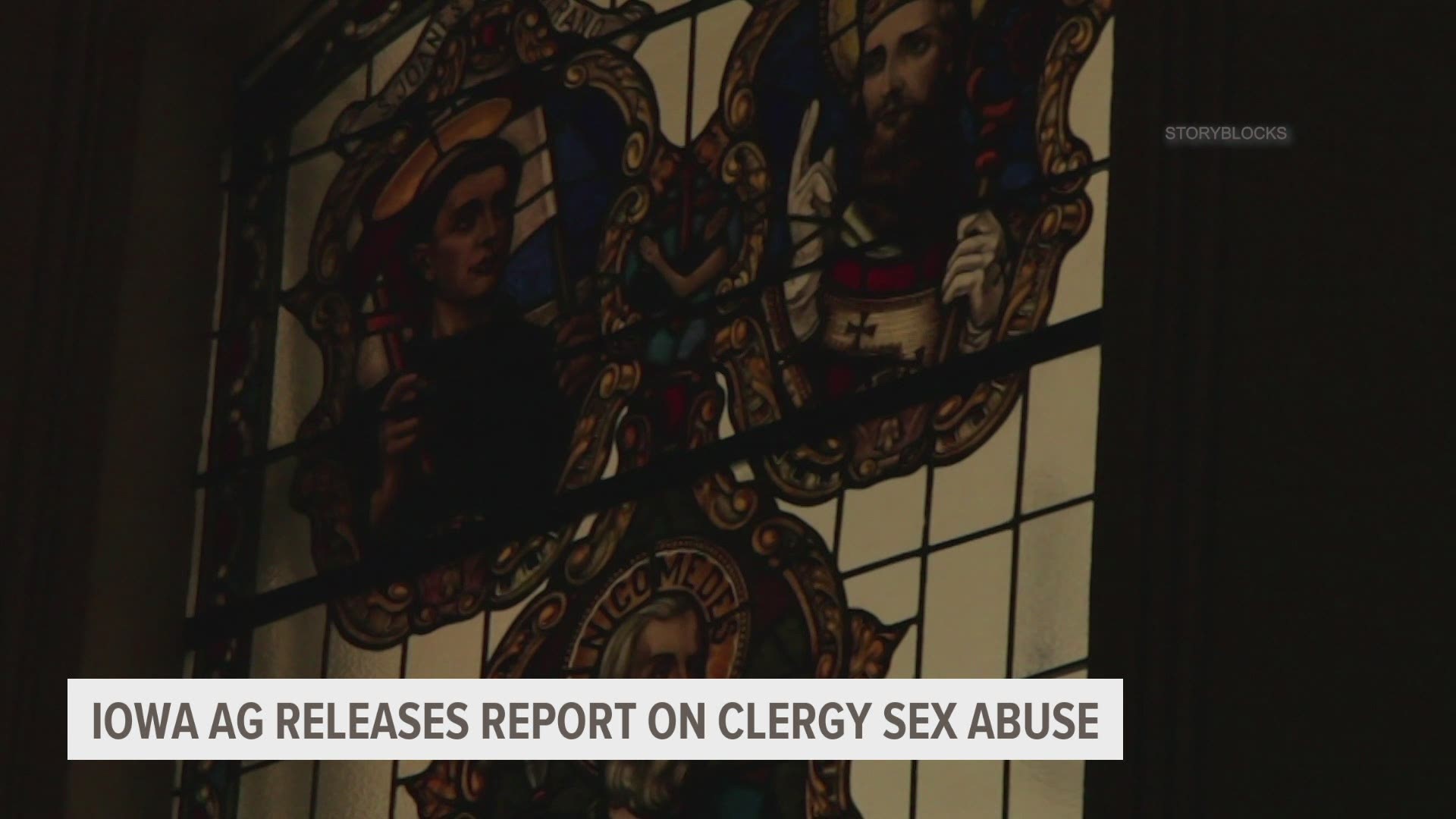 "Sexual abuse took place over decades," the report read. "The complaints, the victims, the duration of the abuse were overwhelming."

Attorney General Tom Miller started looking into the issue in 2018 after the Pennsylvania attorney general released a similar report. Miller and his team met with survivors and heart their stories, an experience that Chief of Staff Lynn Hicks says was sobering.

"We talked to some of the survivors who the abuse happened to them 50, 60, even 70 years ago," Hicks said. "But you would've thought that it has happened yesterday. The pain continues...the way that it has affected them and their livelihoods."

In 2019, the Office of the Attorney General established a hotline specifically for survivors to share their stories and report abuse. Hicks said they received a complaint as recently as two weeks ago.

Paul Koniguer, a survivor of sexual abuse and member of the Iowa chapter of the Survivors Network of Those Abused by Priests (SNAP) said the hotline has been very helpful.

"I've had calls with people who have called the hotline and the people there have done a good job of taking over for the survivor and investigating it," Koniguer said.

The 50 complaints reviewed in the recent investigation included 45 complaints against clergy members or others involved in the Catholic Church, three of whom are active priests. However, none of the complaints involving Catholic clergy fell within the statute of limitations for criminal prosecution which is 10 years for adults. The reported allegations occurred between the 1930s to 1997.

"Even if there's no criminal charges involved, we think this is important for closure for people, for healing," Hicks said.

In 2019, the Des Moines and Sioux City dioceses released their first lists of credibly accused priests. The Davenport Diocese and Dubuque Archdiocese had also previously released these lists.

Since the attorney general's office began the review, three names were added to the list for Sioux City, and one name was added for Davenport.

A statement from the Catholic Bishops of Iowa said the report "will be studied for suggestions on how the efforts of the Catholic Church might be improved."

The bishops' statement also noted there are procedures in place for "responding to each allegation, cooperating with civil authorities, removing offenders from ministry, and being held accountable."

Five of the complaints were against non-Catholic pastors or other spiritual leaders. Of these allegations, two are within the statute of limitations for criminal prosecution. Both of those allegations involve adult victims.

A third of the complainants said they had never previously reported the abuse to authorities. One of these was against Des Moines Rev. Robert "Bud" Grant, who was investigated for sexual misconduct in 2020.

The report also said the dioceses have become more responsive to abuse reports since the U.S. Conference of Catholic Bishops adopted the Charter for the Protection of Children almost 20 years ago. Since then, the dioceses have enacted policies to protect children from abuse.

According to the report, all Iowa dioceses now have information about how to report clergy abuse on their websites. Five priests have been the subject of allegations of abuse since 2002.