Ames PD: 2 arrested and charged in April death of toddler 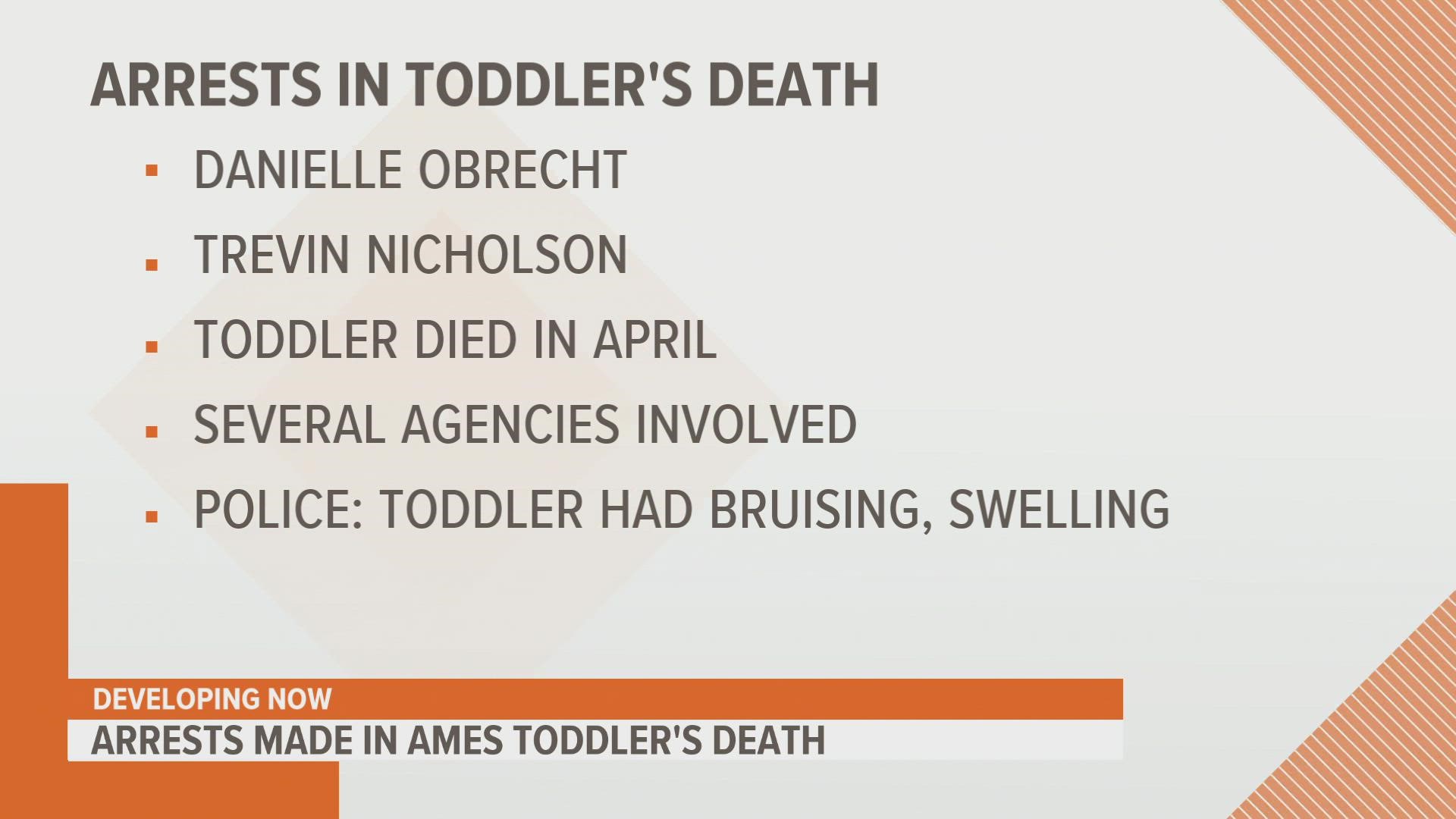 AMES, Iowa — Two people have been arrested following a toddler's "suspicious" death in April, according to the Ames Police Department.

Police arrested 26-year-old Danielle Obrecht of Ames and 25-year-old Trevin Nicholson of Centennial, Colo. Both are charged with Child Endangerment Causing Death, and Nicholson also faces a Murder in the First Degree charge.

On April 24, police responded to a medical call involving the child in the 1200 block of Florida Avenue in Ames, according to a press release. First responders airlifted the child, who was in critical condition, to a Des Moines area hospital.

The two-year-old child died the next day.

Ames PD said the charges "are a result of witness interviews, autopsy results" as well as "additional forensic evidence."

Court documents say first responders found "severe bruising and swelling" to the child's head, and that Obrecht reported Nicholson as the one who was watching the child while she was at work.

According to the complaint, Obrecht did not take the child to the hospital because she was worried the Iowa Department of Human Services would take the child away.

Obrecht is being held at the Story County Jail. Nicholson was arrested in Douglas County (CO) on Tuesday and is awaiting extradition to Iowa.

RELATED: Man charged with first-degree murder in death of 6-month-old in Iowa Falls