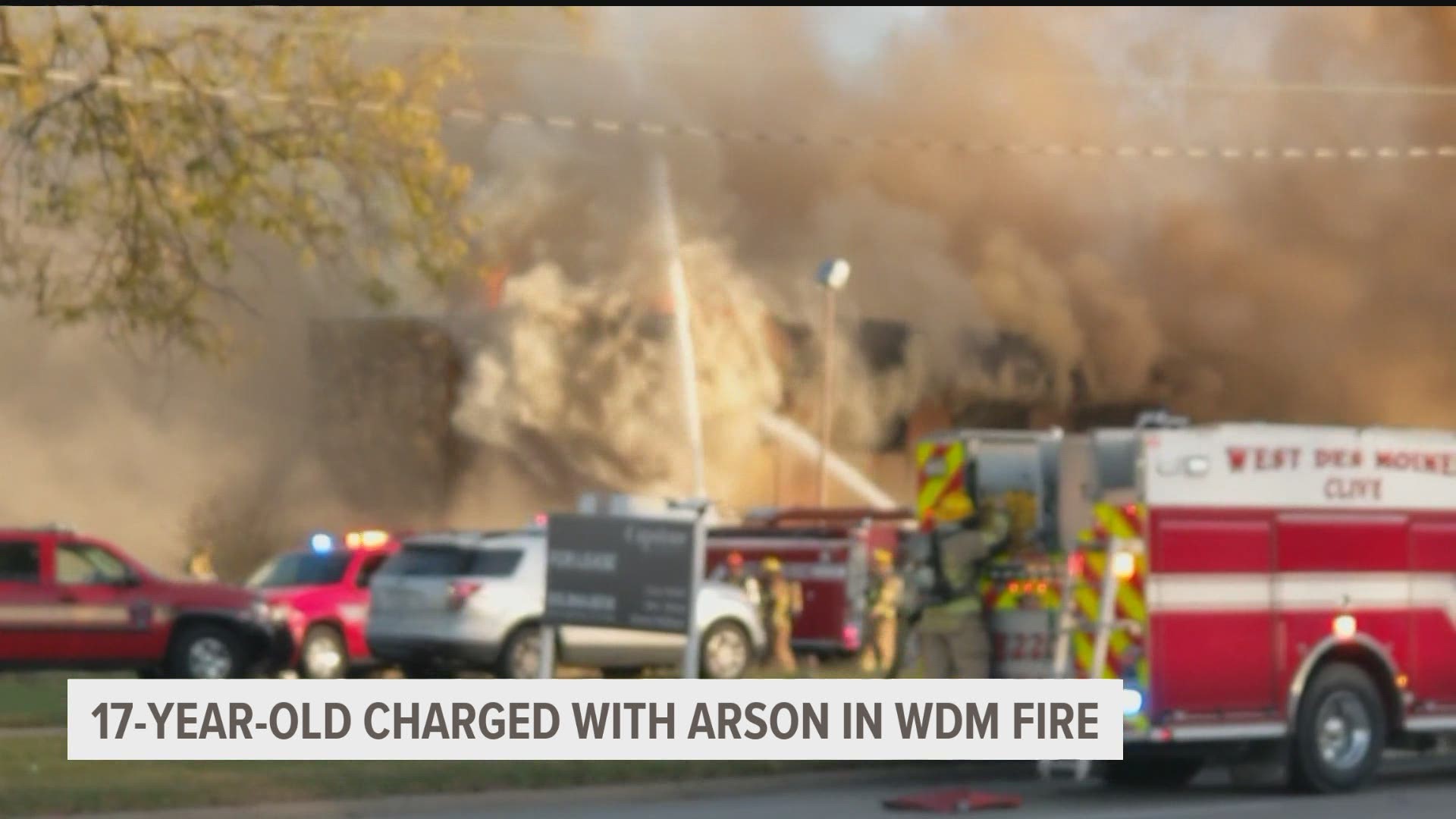 WEST DES MOINES, Iowa — Editor's Note: The video above is from the Nov. 2 fire.

Second-degree arson is a class "C" felony in Iowa.

Police and firefighters discovered heavy smoke billowing from the north side of an office building at 1231 8th St. on the evening of Nov. 2.

Gilroy’s Kitchen and Pub, directly south of the fire, was evacuated while firefighters from West Des Moines and Clive worked.

The investigation is ongoing, but no further charges are expected to be filed.