Bryce is from Scott, Arkansas and is attending EStem downtown as probably the coolest first grader on the block. 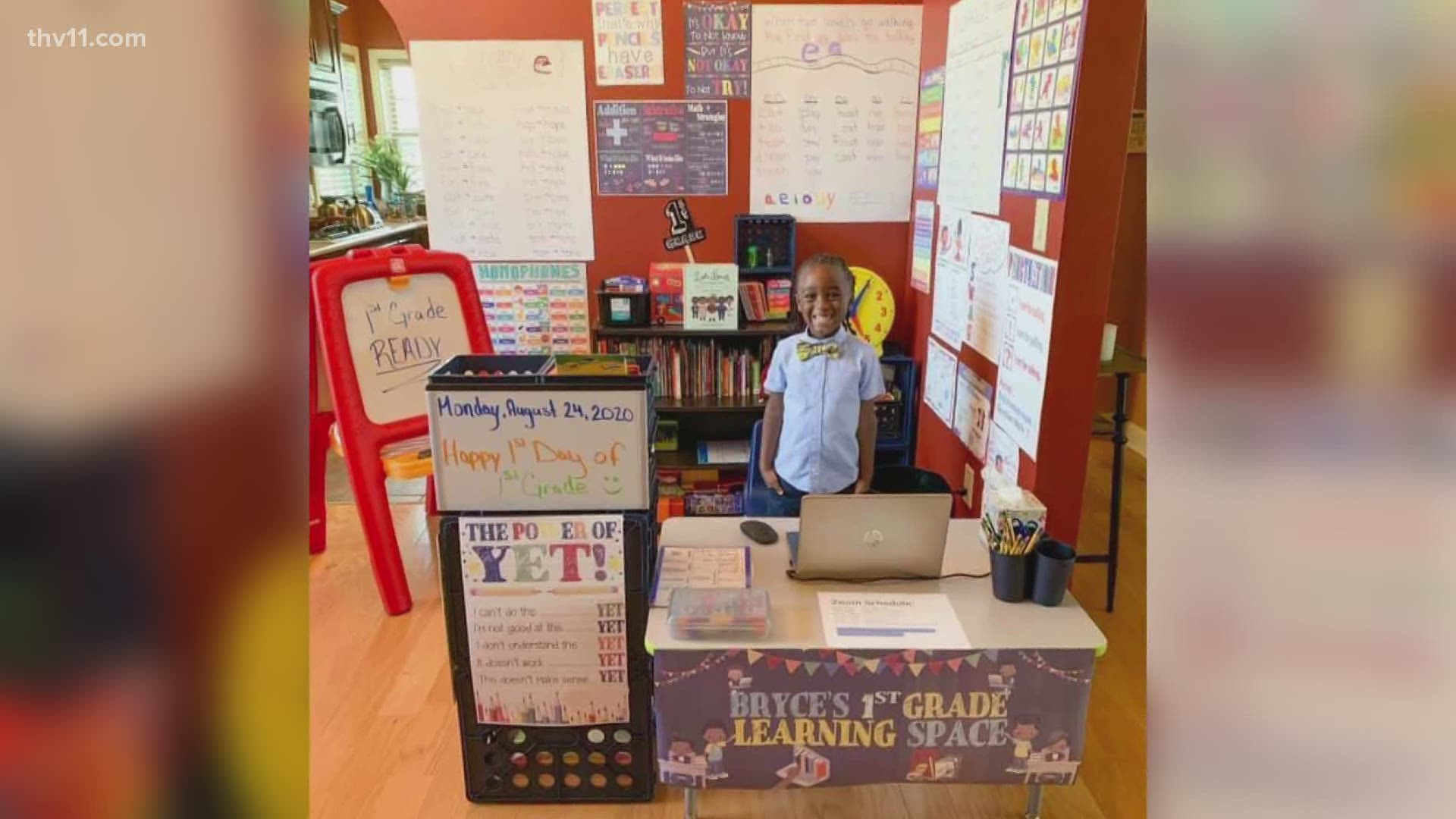 Bryce is from Scott, Arkansas and is attending EStem downtown as probably the coolest first grader on the block.

Because we are in such unprecedented times, his parents, Mike and Ashley Latimer, wanted him to have a mini classroom of his own.

"We wanted this to feel as normal as possible," Bryce's parents said. "For weeks, I’ve been in photoshop designing posters."

Now as to him in this school uniform, Bryce said, “I want to wear my uniform because my class has to wear them.”

Here’s to a successful 1st grade year for Bryce and the rest of the Arkansas students beginning their first day back.

1 / 4
Photos by: Mike and Ashley Latimer