As students head back to school classrooms, 'learning pods' shrink

Kali Douglass, a 22-year-old DMACC student, started a learning pod back in September. Her class size is decreasing as Iowa children head back to school. 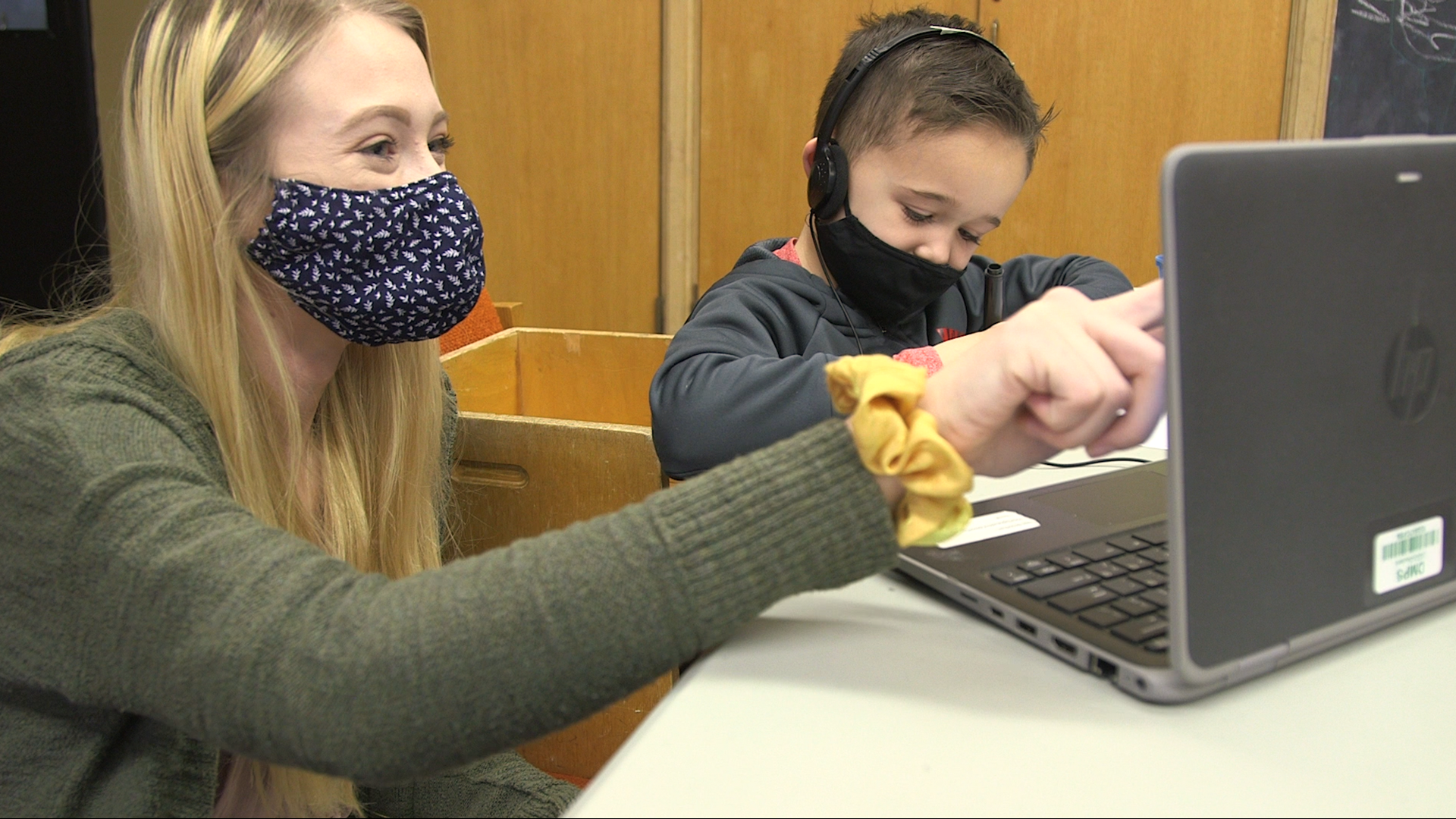 DES MOINES, Iowa — Kali Douglass never planned to lead a classroom. The 22-year-old DMACC student comes from a family of teachers, but she had planned to pursue graphic design.

Yet starting in September, Douglass found herself the head of a class, assisting students with virtual learning. What had started as supervising her little sister and a couple of friends turned into a full-fledged learning pod.

Also known as "micro-schools," the concept of small, socially distanced classes were booming nationwide throughout the 2020-2021 school year. Working parents saw it as an affordable option for their children to not only get supervision but socialization.

"I was a little worried at first," said Douglass. "I've never had this many kids depending on me at one time."

However, her class size has started to dwindle now that students are moving back in school.

As of April 2021, Des Moines Public Schools K-12 enrollment is 35% virtual and 62% in-person. Spokesperson for the district, Amanda Lewis, says the rest include "special education and other special programs that don’t fall directly in those two categories."

As students leave Douglass' pod (five so far) she says she really misses them. She says she's formed strong bonds with each one of them and checks in with them often.

"I'm actually really sad thinking about the end of the year, and I'm hoping I that we can kind of all stay in contact and still do group activities," said Douglass. "I love that they're all doing so well know."

"It's really opened my eyes to what I'm capable of, and I'm definitely going to use these skills in the future," she said.

Douglass graduates from DMACC in the Fall and plans to pursue a career in graphic design. While there will be no learning pod for the 2021-2022 school year, she says she's received several requests from her current students' parents to nanny this summer.