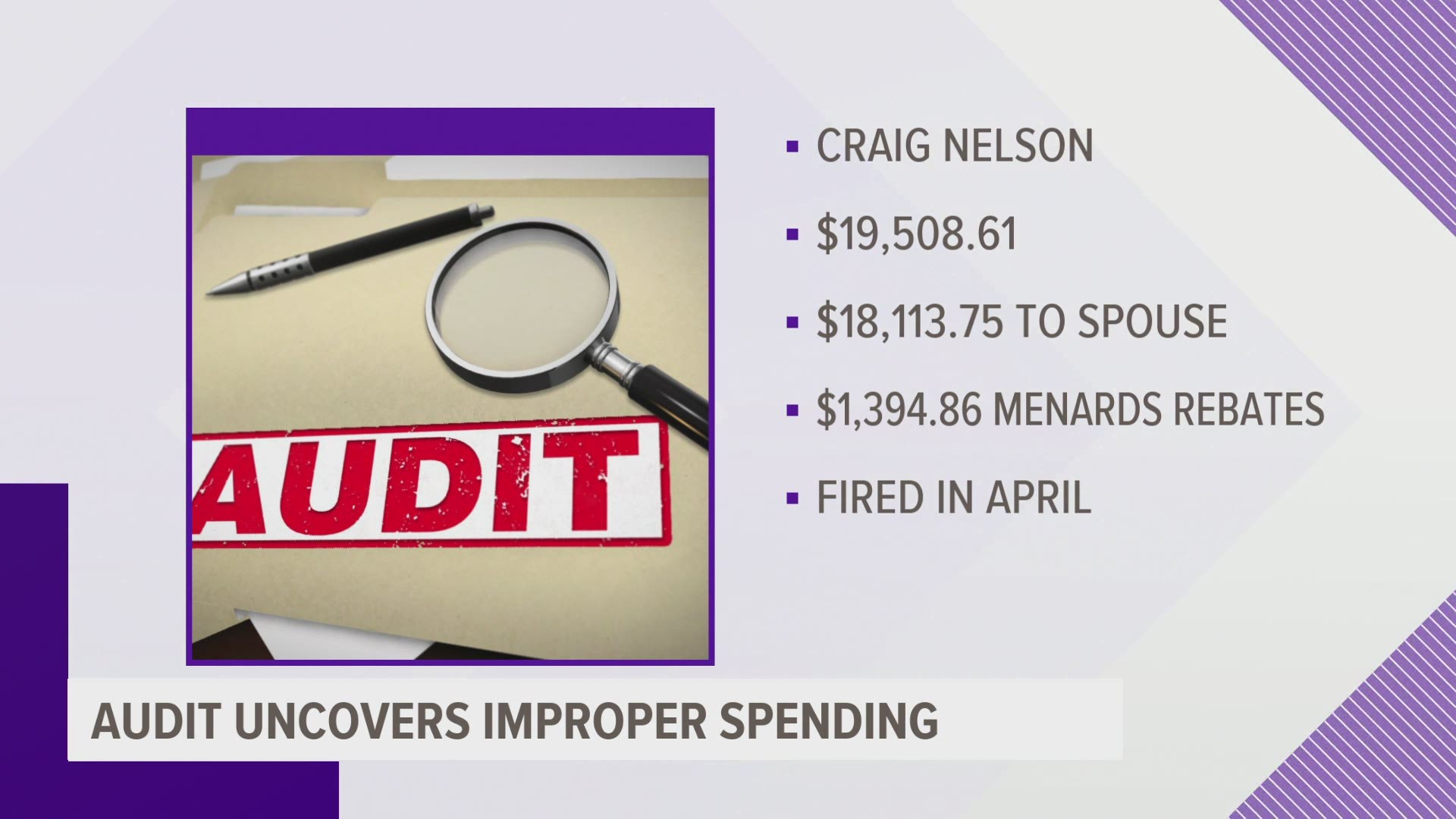 The report identified $19,508.61 in improper disbursements made by former horticulture teacher Craig Nelson, including $18,113.75 of payments to Nelson's spouse and $1,394.61 of Menards rebates "which were used for personal purposes."

Nelson's spouse was hired as an independent contractor to help with bookkeeping and greenhouse work even though DMPS employs several full-time bookkeepers. The auditor's report also says the horticulture program "heavily relies" on students or parent volunteers to help out with the greenhouse.

DMPS requested the special investigation "as a result of concerns regarding certain financial transactions" involving Nelson. The investigation combed through records from Aug. 1, 2014, to June 30, 2020. Nelson was terminated from the district in April 2021.

Auditor of State Rob Sand today released a report on a special investigation of the Des Moines Independent Community School District. A copy of the complete report and related news release can be found here https://t.co/01N5VpRV46 pic.twitter.com/J0fiwx7Zoo

The report says Nelson was responsible for facilitating all financial transactions associated with the school's greenhouse operations and annual community plant sale. He also organized an annual international trip for students.

"However, because inventory and detailed sales records were not available prior to 2021, it was not possible to determine if the deposits increased because sale proceeds were properly deposited to the District’s bank account, because more plants were sold, or a combination of these factors," the report says.

Sand's report notes the district had expanded its plant offerings for 2021.

Another big point of Sand's report is that Nelson deposited more than $6,000 he collected from students for an international trip into his personal bank account instead of the district's.

The report says it was not possible to determine if additional amounts Nelson collected from students were deposited to his bank account, a different account or were not deposited at all because records were not available.