The district says a privacy setting was "inadvertently changed" in February 2020. 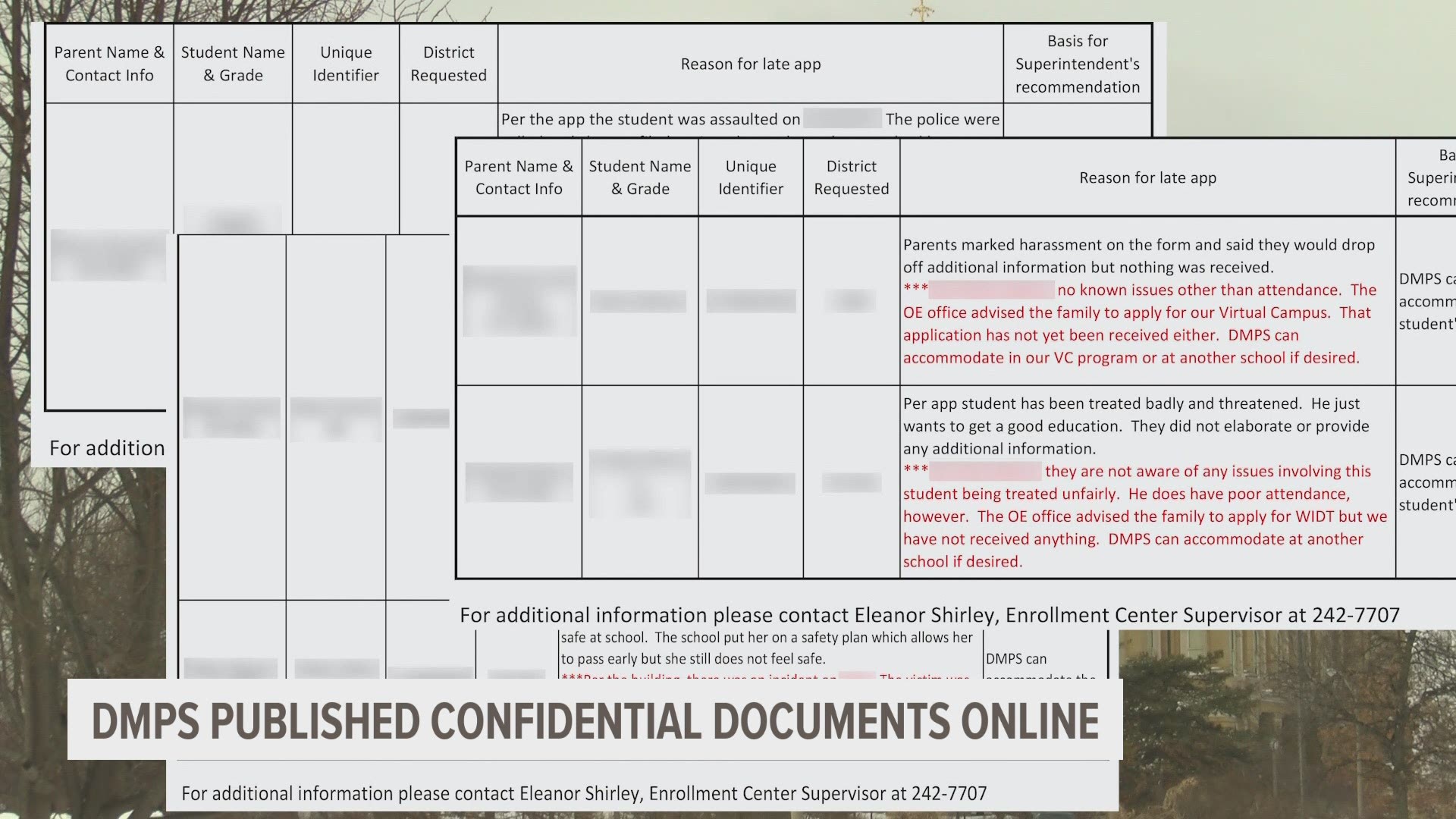 Seven documents published on the district's site included names and descriptions of students requesting transfers to different school districts. Some of the descriptions identified bullying, assault and even one rape victim by name.

Within a half-hour of Local 5 emailing the district, the documents were removed.

The oldest document was dated August 2019, but the district says a privacy setting was "inadvertently changed" in February 2020 that caused the documents to become publicly viewable.

Alan Ostergren, the president of The Kirkwood Institute, a nonprofit focused on public interest legislation, alerted Local 5 to the documents. He found them while researching DMPS's open enrollment policy.

"I was looking at the school district's website, and looking for documents that would explain policies and procedures and anything I could find, expecting to find general information at a high policy level," Ostergren said.

"And what I actually found was some very specific personal information."

Ostergren, who is also an attorney, said publishing the documents online violates state and federal law and opens up the district to lawsuits.

"This was a mistake. These documents were to be only seen by the School Board as part of their work in reviewing open enrollment appeals. Unfortunately, when these documents from the 2019-20 school year were moved to a folder in our online system they were not properly flagged to remain private. The documents have now been removed from that web site. We will be reaching out to the families to explain what happened as well as reviewing our own procedures to see if any changes should be made that could help prevent a similar mistake."

This is a developing story and will be updated throughout the day. Stay tuned to Local 5, WeAreIowa.com or the We Are Iowa app for the latest.

RELATED: Urbandale School Board votes to stick with hybrid learning