Over 100 students and parents gathered at the statehouse to oppose a bill that bans "divisive concepts," which they feel undermines a commitment to anti-racism. 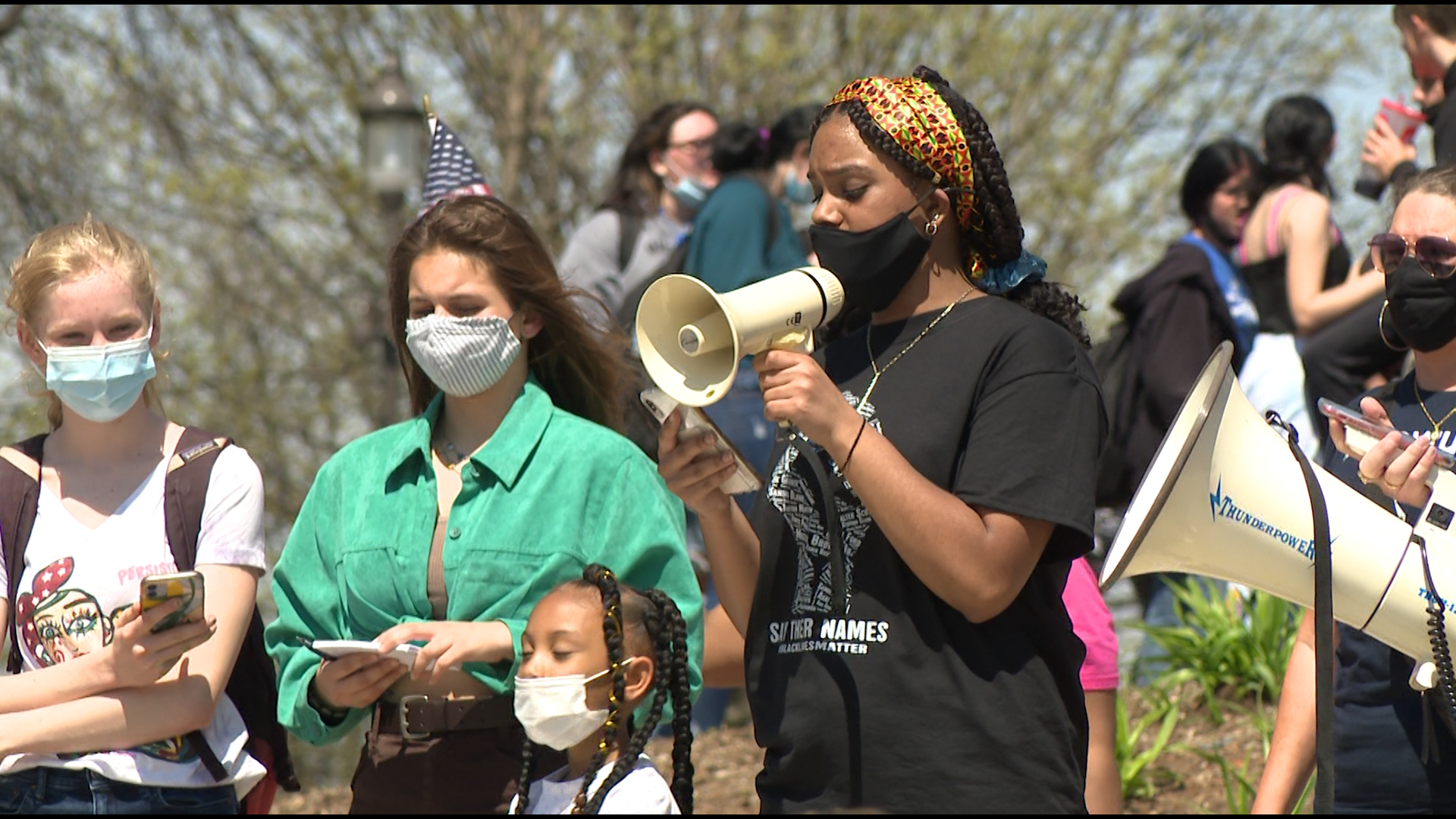 One bill, House File 308, establishes charter schools as a part of the state's program of public education and appropriates funds. Students expressed concern that conventional public school systems that serve large, diverse populations, like DMPS, will suffer financially as a result.

The second bill, House File 802, bans what lawmakers dub "divisive concepts," including the concept "that the United States of America and the state of Iowa are fundamentally or systemically racist or sexist."

Students like Endi Montalvo-Martínez feel that undermines their school's commitment to anti-racism.

"The education system cannot fully commit to anti-racism and equity if we can't acknowledge and talk about the harm that marginalized communities have undergone and continued to experience," said Montalvo-Martinez, on the Capitol steps Monday.

Montalvo-Martinez, a high school senior, founded the DMPS Racial Equity and Justice Team with student Lyric Sellers, a junior. The two helped organize a walk-out that started at 1:45 p.m. After students made their way to the Capitol, several speakers including students, parents, and alumni spoke at around 2:15, lasting until about 3:30.

Sellers said their activism will last long after the school year is over.

"We won't stop until we get what we want which is justice, equity, and liberation," said Sellers.

Sellers' mother, Tiffany Johnson, spoke at the event as well.

"If I want somebody to take away anything from today, it's that the young people are really the power that we can find in this country and in this city," said Johnson. "They have started most of the movements that have happened historically.

"To say that we teach diversity by talking about that the United States and Iowa are fundamentally, which means at its root, and systemically racist, I don't believe that," said Rep. Henry Stone, R-Forest City, on March 16. "I can't believe that."

Students who attended said it's more nuanced than that, arguing it's more about acknowledging the privilege may in Iowa were born into.

"Nobody is trying to make white people feel guilty," said Josie Mulvihill, a senior at Norwalk High School. "It's that racist or not, you still benefit from the systems that white people you probably were not even related to...built."

Josie Mulvihill, a senior at Norwalk High School, spoke at Monday's protest, specifically opposing HF802, a law that would ban the teaching of "divisive concepts" in public schools. Mulvihill wants to be a teacher.
"I cannot imagine not being able to teach the future (1/2) pic.twitter.com/Tpy6OE2Bih

"[HF802 is] confusing, it's vague, it's bad policy," said the Senator. "It's not clear how it's going to impact free speech, but I think it's going to have a negative impact."

Watch: 'Back the Black' protest held in Des Moines